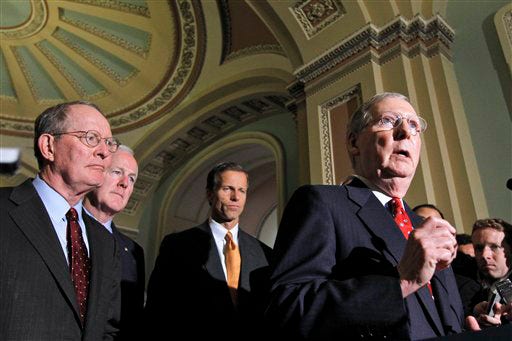 Even with the 53-47 Republican-controlled Senate, Trump’s pick is in jeopardy of missing the Senate floor prior to the Nov. 3 election, meaning Shelton could become the president’s fifth nomination to be blocked from joining the U.S. central bank.

“We’re still working it,” Thune said Tuesday, according to a report by Reuters. “She’s a priority for the White House. It’s the Federal Reserve. It’s important. So, obviously, we want to get it done. But we’re not going to bring it up until we have the votes to confirm her.”

Thune, who is responsible for garnering votes in the Senate, is facing opposition from lawmakers within his party, including Sen. Mitt Romney, R-Utah, and Sen. Susan Collins, R-Alaska.

“I have serious concerns about this nomination,” Collins said in a statement to the Washington Post in July.  “In her past statements, Ms. Shelton has openly called for the Federal Reserve to be less independent of the political branches, and has even questioned the need for a central bank.”

Romney also told reporters in late July that he would “be voting against her.”

Sen. Lamar Alexander, R-Tenn., further voiced his trepidation over her January nomination by the president, but said he would “study carefully the records.”

Shelton has faced criticism from economists regarding her support in returning to the gold standard, and Romney and Collins have said they will not vote in favor of her confirmation – meaning if any more GOP senators vote against Trump’s nomination, Shelton is out of the running.

Vice President Mike Pence could break a 50-50 tie if Thune is able to confirm 50 Republican votes.

The Senate Banking Committee approved Shelton’s nomination by a 13-12 party-line vote, allowing the full Senate to vote on her confirmation.

But GOP members in the Banking Committee, including Sen. John Kennedy, R-La., who held up her nomination by the committee for weeks in order to review her nomination, had previously voiced their concern over her ability to adequately serve on the Federal Reserve Board.