Airline industry bosses are calling for testing at airports to help save their struggling industry.

Heathrow announced it may have to axe up to 1,200 frontline staff due to the pandemic’s impact on air travel – while the airport’s boss John Holland-Kaye’s warned Britons face playing ‘quarantine roulette’.

Ministers are, however, on the brink of putting Portugal back on the ‘red list’ just days after it was removed.

Heathrow said the constantly shifting quarantine rules led to an ‘unprecedented’ 82 per cent drop in passenger numbers in August compared with last year.

The chief executive of AGS Airports, which runs Southampton, Aberdeen and Glasgow, now says the sector is facing more job cuts than in the demise of the coal industry in the 1980s.

Derek Provan told the BBC: ‘That’s surely not an accolade any government would like to have.’ 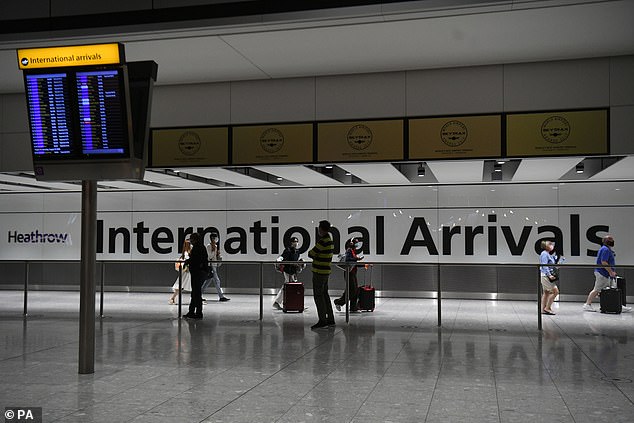 Heathrow announced it may have to axe up to 1,200 frontline staff due to the pandemic’s impact on air travel (pictured: Heathrow Airport) 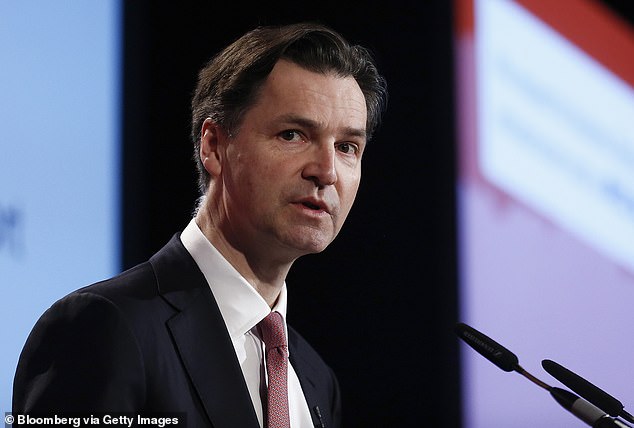 John Holland-Kaye’s (pictured) comments came as the airport announced it may have to axe up to 1,200 frontline staff due to the pandemic’s impact on air travel

‘Without free and fast travel with the US, we won’t see a rebound of aviation and this will stall the economic recovery of the UK, which of course is already in recession,’ he said.

Dozens of Tory MPs, including ex-ministers, have joined calls for airport virus testing.

They are requesting an urgent Commons debate to demand answers over the lack of government action on the issue.

The airline industry believes that testing to slash the 14-day quarantine period is the best way to give people the confidence to travel.

But ministers have been cool on the issue, with sources suggesting that reluctance to back such a scheme is down to in-fighting between departments.

One senior Tory MP told the Mail: ‘The Transport Secretary has urged caution on testing but I know he wants to find a solution to help the industry. The difficulty is finding one that the other departments agree with.

‘The Prime Minister knows that more work needs to be done on airport testing but there is a lack of enthusiasm from senior members of Cabinet.

‘They are very concerned that the proposed tests aren’t accurate enough. Equally, they know the travel industry is on the brink and something will have to change sooner rather than later.’

The country’s coronavirus cases hit 22.7 per 100,000 people over seven days – breaking the Government’s quarantine threshold of 20. 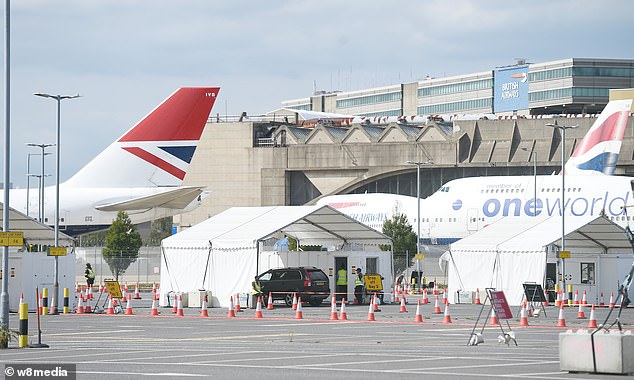 It also emerged that dozens of Tory MPs, including ex-ministers, have joined calls for airport virus testing (pictured, Heathrow on Tuesday)

Such a move would affect an estimated 75,000 Britons, and cap off a summer of hell for the travel industry.

Speaking at an Aviation Club event yesterday, Mr Holland-Kaye said: ‘Few people are going to fly if they have to play ‘quarantine roulette’.

‘Ultimately our aim is for testing and quarantine to happen before you fly, removing the risk of quarantine on landing.

‘This requires a common international standard for biosecurity, where testing that happens in one country will be accepted in another.

‘The UK could be in a perfect position to lead this common international standard.’

‘I hope the Government will work closely with the aviation industry to make to best use of airport testing.’

A Department for Transport spokesman said quarantine decisions are based on a ‘risk assessment, which is informed by a number of factors, including the continued increase of coronavirus within a country and the numbers of new cases and potential trajectory of the disease in the coming weeks’.

They added: ‘We keep the data for all countries under constant review, and update our exemptions list… on a regular basis to reflect the shifting international health picture.’