Grenfell Tower’s cladding design manager wrote ‘they will be gone rather quickly in a fire!’ about the building’s facade panels more than two years before the catastrophic blaze, an inquiry has heard.

Daniel Anketell-Jones has denied any knowledge of the extreme flammability of the panels and claims he was talking only about the aluminium in the aluminium composite material (ACM) panels.

Mr Anketell-Jones, formerly of cladding specialists Harley Facades, said he was unaware of the thermoplastic-filled core, which had a heat combustion rate similar to diesel.

During design discussions in March 2015 about what kind of fire-stopping barriers were needed on the revamp, and whether they needed upgrading to two hours of resistance from 30 minutes, Mr Anketell-Jones was asked for his opinion. 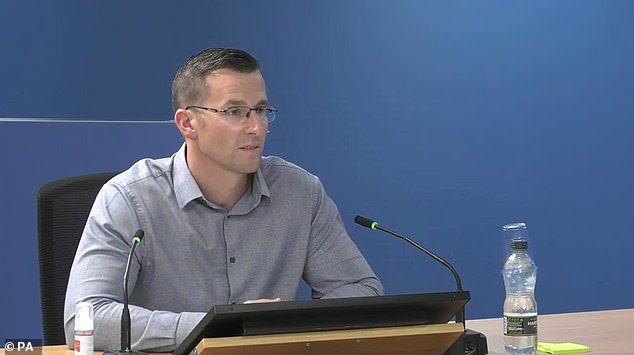 Grenfell Tower’s cladding design manager wrote ‘they will be gone rather quickly in a fire!’ about the building’s facade panels more than two years before the catastrophic blaze

The structural engineer wrote in an email the discussion was ‘ridiculous’, adding: ‘There’s no point in ”fire-stopping”, as we all know; the ACM will be gone rather quickly in a fire!’

Asked by inquiry lawyer Kate Grange QC to explain, he said: ‘From my training with structural design I know that aluminium facades were unable to resist a fire for very long at all and would just melt and fall off the building, so putting in two-hour fire breaks on that kind of facade was a waste of time.

‘And the outside of a facade on any job unless specifically required, they are not required to stay on the building in a fire.

‘The failure mode for cladding in a fire is that it will melt and fall off. 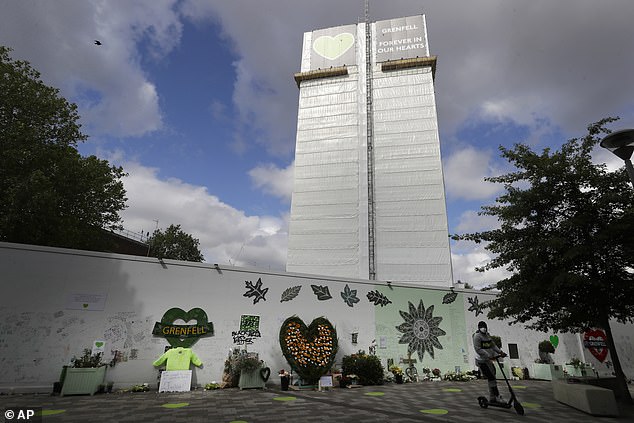 The Reynobond cladding from Alcoa was found to have fuelled the fire’s rapid spread at the 24-storey west London block in June 2017, in which 72 people died

‘The combustibility of the panels was not something that I ever thought about, only that they would melt and there was no structural requirement for them to not melt.’

Asked if he considered that the polyethylene core of the Reynobond panels would fuel an inferno, as happened at Grenfell in June 2017, claiming 72 lives, he said: ‘No, not at all.’

Mr Anketell-Jones has said that, at the time, he was not trained in the fire performance of materials and said Harley was reliant on suppliers, architects Studio E, fire consultants Exova, and ultimately Building Control, to make sure the materials and designs were compliant.

He defended his role during the Grenfell refurbishment by saying he was ‘fully focused on another project’ and ‘didn’t have the overall idea of what was going on’. 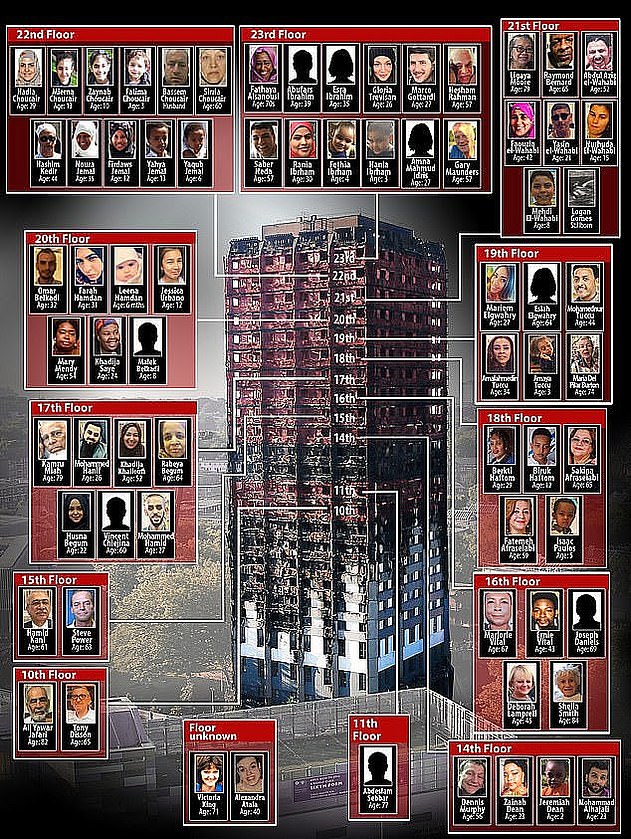 The tragedy claimed 72 lives (pictured) due to a devastating fire on June 14, 2017, but survivors from the tower block blaze are not allowed to attend the inquiry due to social distancing rules

Asked if he would do anything different given the chance again, he said: ‘I think looking back on it, because my role was very limited in the whole thing, and I was only asked to dip in and out … I think at that point I didn’t have the education or knowledge to pick up on any signs that things were missing.

‘So I don’t think I could have done anything differently without the education I have now.’

Between 2014 and 2017 he completed an MSc in facade engineering at Bath University, including a course on fire but only after he had left Harley in 2016, he told the inquiry.

But during his involvement on the west London high-rise block between June 2014 and May 2015, he said he did not consider it his job to assess if materials and designs complied with building regulations ‘because I wasn’t qualified yet’ and his expertise was only in structural considerations.