2020 has certainly been an unusual year. Along with juggernaut releases like Animal Crossing: New Horizons, we’ve seen big announcements like Paper Mario: The Origami King and the upcoming Pikmin 3 Deluxe and Super Mario 3D All-Stars dropped within weeks of their release date. Conventional wisdom suggests that it’s been a quiet year for Nintendo, but we think that by New Year’s Eve people will be surprised to look back at the number of great Switch games that dropped throughout 2020.

With that in mind, we’ve rounded up a selection of the biggest physical releases coming to Switch throughout the rest of the year and beyond. This doesn’t include all the brilliant Switch eShop titles lined up for release soon (games like Hades and Apex Legends, for example), or smaller indie releases. Add it all together, and there’s plenty to look forward to before we bid 2020 adieu, or good riddance, if you prefer!

So, let’s take a look at what’s in store for Nintendo Switch for the rest of 2020, and beyond…

Please note that some external links on this page are affiliate links, which means if you click them and make a purchase we may receive a small percentage of the sale. Please read our FTC Disclosure for more information.

The long-rumoured compilation of 3D Mario classics was officially confirmed in a Super Mario Bros. 35th Anniversary Direct which featured lots of juicy Mario morsels coming between now and March 2021. Galaxy 2 might be missing, and the game is a limited-time release, but this is shaping up to be a thrilling nostalgia trip when it drops on 18th September. Following 2018’s Ys VIII: Lacrimosa Of Dana, Nihon Falcom has two entries in this long-running series simmering for Switch right now: Ys IX: Monstrum Nox (see below) and distant prequel Ys Origin, an action-RPG that’s more of a dungeon crawler than other entries. It’ll only have a limited physical release, so fans will want to make sure they pre-order ready for 1st October.

A mixed reality game combining a real-life camera-equipped RC Mario kart controlled via Switch with a digital later of Mario Kart madness, Mario Kart Live: Home Circuit enables you to craft your own circuits around your home and race up to three friends (as long as they’ve got their own kart and Switch, of course). It looks brilliant fun and it’s out on 16th October.

A surprise announcement from Nintendo at the start of August, this port of the Wii U original features all the DLC from the previous version, as well as some exclusive new side missions. We’re psyched to return to PNF-404 and look at all that lovely HD fruit on 30th October. Teased by Nintendo and presented by WayForward during a Paper Mario Treehouse Presentation, this might not be what people were hoping for, but Bakugan: Champions Of Vestroia has the potential to blow expectations out of the water – the studio behind the Shantae series certainly has the pedigree and chops to deliver. We’ll find out if this has sleeper hit potential when it releases on 3rd November.

Fuser, the latest music/rhythm game from Rock Band veterans Harmonix, puts you in the footwear of an aspiring DJ attending crowded festival sites, steadily building rep with the help of colourful personalities, and spinning discs from a crate of genre-spanning classics. We enjoyed our hands-on time with a PC build a few months ago, and we’re eager to see how it holds up on Switch when it launches on 10th November. 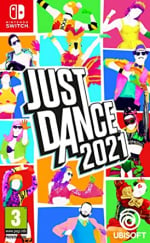 You know the drill. The latest in Ubisoft’s all-conquering, party-bobbin’ series, it’ll feature a fresh playlist of chart hits, a new quickplay mode and an ‘improved World Dance Floor’, apparently. And pandas.

You’ll be able to strut your funky stuff once more on 12th November. 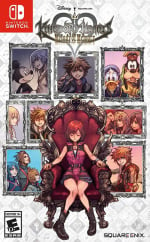 A recent chat with the directors of this game convinced us that this rhythm-based musical battler could be an excellent introduction to one of the most narratively impenetrable series in all of video games (for newbies, at least). Kingdom Hearts: Melody of Memory retells the story to date in an approachable Disney and Square Enix-shaped package (a massive sword with Mickey ears, then) and it’s out on Friday 13th November.

A surprise announcement much in the same vein as Paper Mario: The Origami King earlier in the year, Hyrule Warriors: Age of Calamity will take you back into the world of The Legend of Zelda: Breath of the Wild, only 100 years earlier to witness the Great Calamity that befell Hyrule.

We all know how that ends, but we’ll be intrigued to see the story play out with the Warriors series’ patented hack-and-slash gameplay once again given the Zelda treatment. We’re gagging to visit Hyrule Castle Town in it’s heyday when the game launched on 20th November.

A surprise announcement, we’re massive fans of the original titanic puzzle crossover, and we’re fascinated to see the new features Puyo Puyo Tetris 2 will bring to the table, including Co-op Boss Raids and Skill Battles. The game is coming on 8th December.

Still scheduled for an unspecified 2020 release, Square Enix’s Bravely Default II is one to watch for fans of the 3DS originals, or anyone with a taste for traditional-style JRPG gameplay and turn-based combat. There’s a demo available on the Switch eShop to whet your appetite for when the final game appears sometime later this year. Fingers crossed it doesn’t slip. Originally scheduled for 2019, this slipped into 2020 and launched on other consoles back in March. iD Software said we’d get more news ‘soon’ back in July, but so far we’re still waiting. It’s still pencilled in for 2020, although it wouldn’t be surprising to see it slip.

Still, we’d rather DOOM Eternal spent a little more time in the Switch oven and didn’t come out until it’s absolutely ready. We’re ready and waiting.

Any game that channels the art style and feeling of Breath of the Wild and Kid Icarus is all right by us, and Ubisoft’s Immortals: Fenyx Rising (formerly known as Gods & Monsters) looks like a beauty, despite the most generic video game name we’ve seen in some time. Seriously, it’s an ‘Origins’ away from a parody.

Terrible title aside, we’ve got high hopes for this one and rumours suggest we may yet see it in 2020… Another ‘TBC 2020’, the reveal of No More Heroes 3 was exactly what fans of Travis Touchdown’s original Wii games wanted to hear, and this sequel looks set to deliver the full porcelain-throned, laser-sworded Touchdown experience. It’s still scheduled for a 2020 release, although we haven’t heard any news in a while. In fact, we wouldn’t be surprised if it slipped into next year. Speaking of which… Pushed from 2020 into next year, Lego Star Wars: The Skywalker Saga will give you the opportunity to play through all nine sci-fi stories in rejigged, reimagined, and decidedly blocky fashion with modern spit-polish. Expect more controllable minifigs than you’ll know what to do with. We’ll be calling dibs on General Grievous sometime in Spring 2021. The latest entry in Nihon Falcom’s action-RPG series was announced for Switch in the West back in June. Ys IX: Monstrum Nox will get its English-language debut on PS4 in February, but it’ll be coming to Switch in Summer 2021. Confirmed for a simultaneous global launch on Nintendo Switch sometime in 2021, this is a Switch exclusive from Atlus. First announced way back in 2017, an exact release date is still ‘TBC’ but Shin Megami Tensei III Nocturne HD Remaster has a slightly more solid ‘Spring 2021’, so hopefully that’ll tide fans over until the new game hits. There’ll certainly be no shortage of SMT action next year on Switch.

The Umbra Witch has been a conspicuous absentee over the last couple of years, despite repeated reassurances that her third series entry is coming along just fine. To be fair, we did get Platinum Games’ excellent Astral Chain last year – one of the best Switch surprises of 2019 – but the lady with the magical hair has been uncharacteristically quiet for too long and it’s about time we get a serious dose of Bayonetta’s trademark sass and sizzle. We’ve got our fingers crossed for a Paper Mario / Age of Calamity-style “it’s-coming-in-two-months” drop.

In a similar vein to Metroid Prime 4, work is continuing on The Legend of Zelda: Breath of the Wild 2, and while there were desperate hopes that it might sneak out in 2020, the existence of Hyrule Warriors: Age of Calamity suggests that this one won’t be coming until mid-2021 at the earliest. That said, it’s building on the framework and tech already laid out by its predecessor, and it has been in development for some time now. We’d say there’s more of a chance we’ll see this in 2021 than Metroid Prime 4.

More games on the horizon than you imagined? Let us know if you’ll be picking up any of the above (given the chance, of course) and which ones you’re most looking forward to below.