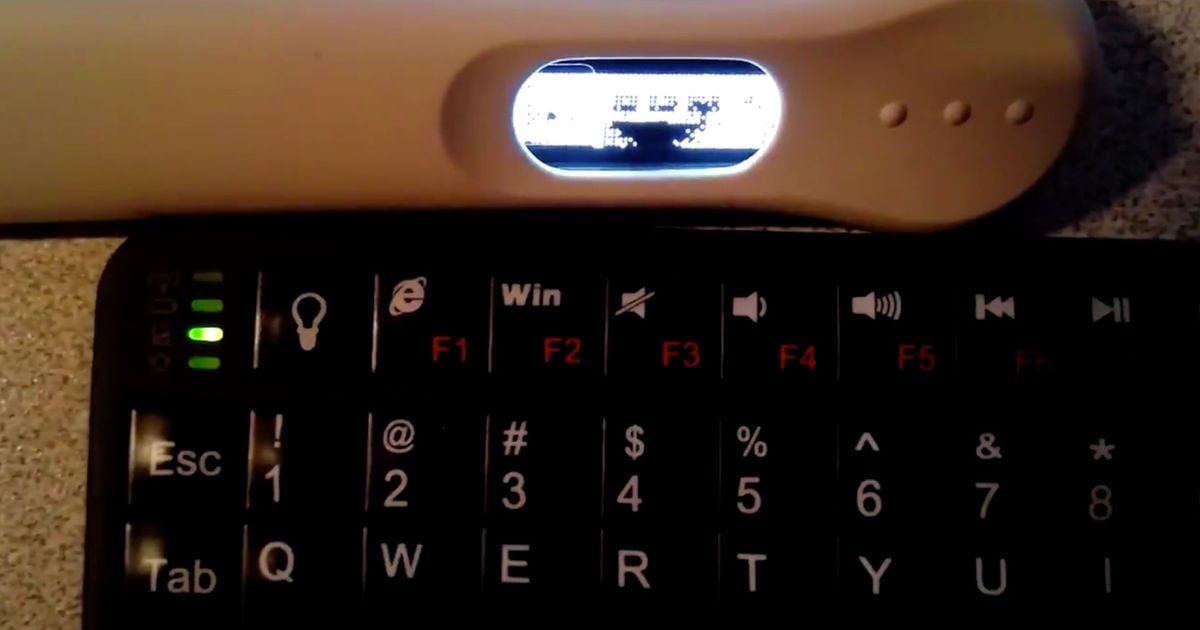 The tradition of running the legendary game Doom on various gadgets and appliances that were not originally designed for gaming is long, but this one takes the cake.

Foone, a programmer who likes reverse-engineering things and typically works with ancient hardware and software, has managed to run a fully functional game of Doom on an electronic pregnancy test.

After posting a video of the classic video game running on the tester over the weekend, on Monday Foone upped the ante and released a video of him actually playing Doom on the tester, using a wireless keyboard.

Yesterday I had a lot of retweets and reddit posts and such for playing Doom on a pregnancy test.
But as I explained then, it wasn’t really PLAYING on a pregnancy test, it was just a video being played back, not an interactive game.

The experience isn’t very pleasant because the pregnancy test has a 128×32 pixel monochrome display (see close-up below), but, amazingly, it works.

I tried zooming in and turning up the in-game gamma a bit, so you can see what’s going on slightly better.
(It’s a 128×32 pixel monochrome display, it’s never gonna be great) pic.twitter.com/dAU7LZ1pkT

The existing CPU can’t be reprogrammed and the existing LCD can only show 4 things, so I had to replace both to make any changes.
And the current version doesn’t even fit into the shell!
(although I’m certain it will when complete) pic.twitter.com/BVcC6OTxaq

Still, the entire exercise is so cool that we had to share. What’s next, Crysis? Fingers crossed.