Halle Berry’s feature film directorial debut Bruised is on its way to getting scooped up by Netflix for nearly $20M.

The streaming colossus has entered the last stages of the acquisition negotiations for the MMA film, according to Deadline.

As news of the deal broke the 54-year-old superstar tweeted a link to a Variety story and wrote: ‘I am speechless. Thank you @netflix for believing in my vision, cannot wait for y’all to finally see #BruisedTheMovie.’ 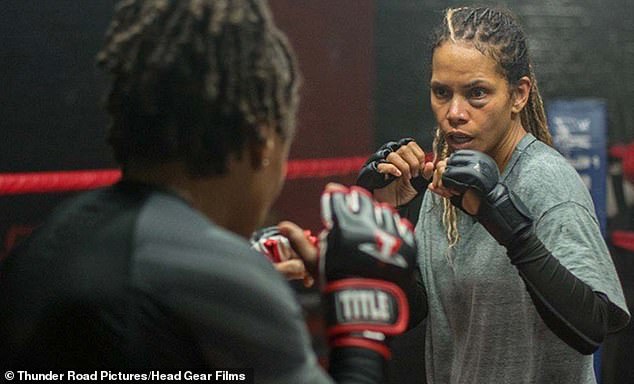 Coup: Halle Berry’s feature film directorial debut Bruised is on its way to getting scooped up by Netflix for eight figures

Although the movie premieres at the Toronto International Film Festival on Saturday, Netflix was allowed to have a look at her film beforehand.

The streamer apparently liked what they saw as Deadline sources say they are planning to fork over somewhat short of $20million for the movie.

Bruised’s page on the film festival‘s website explains: ‘This film is screening as a work in progress,’ so it may have changed a bit by the time it gets to Netflix.

TIFF is occurring September 10 to 19 with a hybrid of virtual and in-person events, though industry members and media are barred from screenings, IndieWire reports. 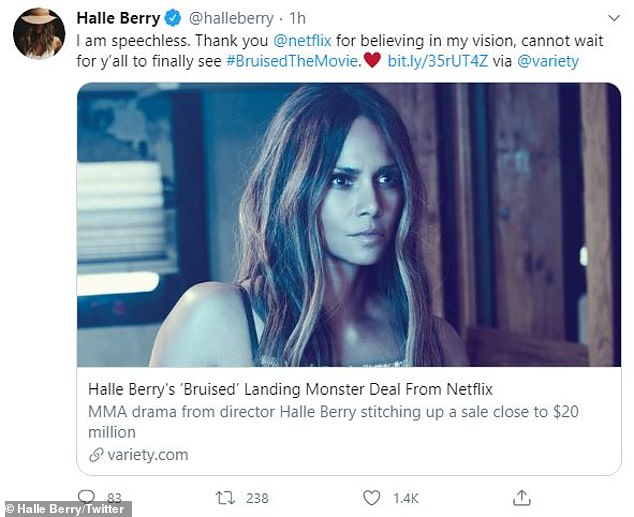 ‘Thank you @netflix’: As news of the deal broke the 54-year-old superstar tweeted a link to a Variety story and wrote: ‘I am speechless’ 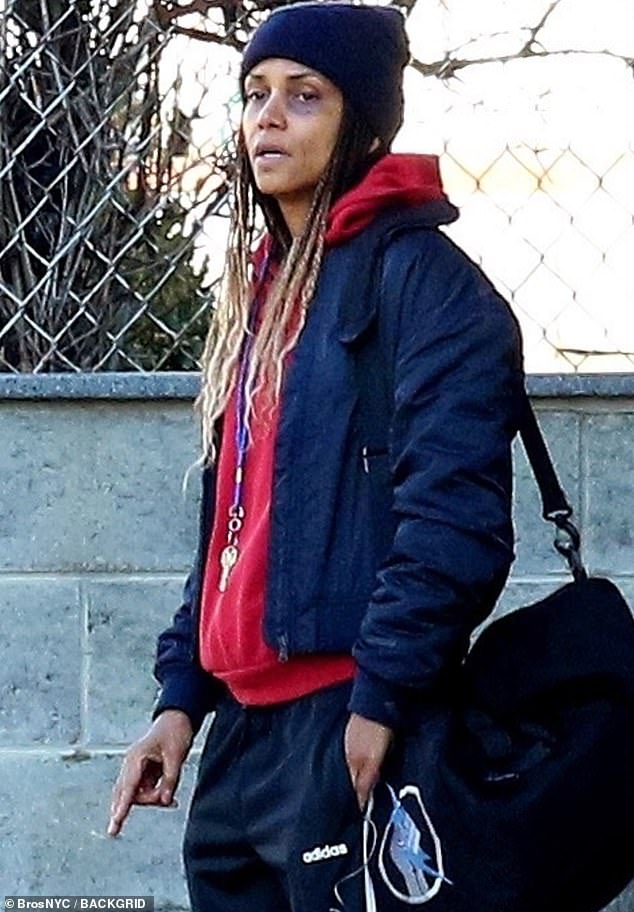 In character: The streaming giant has entered the last stages of the acquisition negotiations for the MMA film, according to Deadline; Halle is pictured filming Bruised last year

Halle stars as an ex-fighter who has left the MMA business and lost custody of her son, but the film finds her locked in a struggle to regain her child and career.

‘I didn’t really set out to direct it, I set out to act in it. I read the script and I loved it,’ Halle explained to iHeart + Variety’s The Big Ticket With Marc Malkin.

‘And, it was written, at that time, for a 22-year-old white woman, which, obviously, can’t be me,’ she said, but she persuaded ‘the producers that it should be me, and why it would be more relevant in the times in which we’re living if it were me.’

She got the part but while looking for a director she found that ‘nobody really saw the story that I saw in my head, that I kept talking to the producers about, that they loved. So, finally we just sat down one day and they said: “Why don’t you do it?”‘ 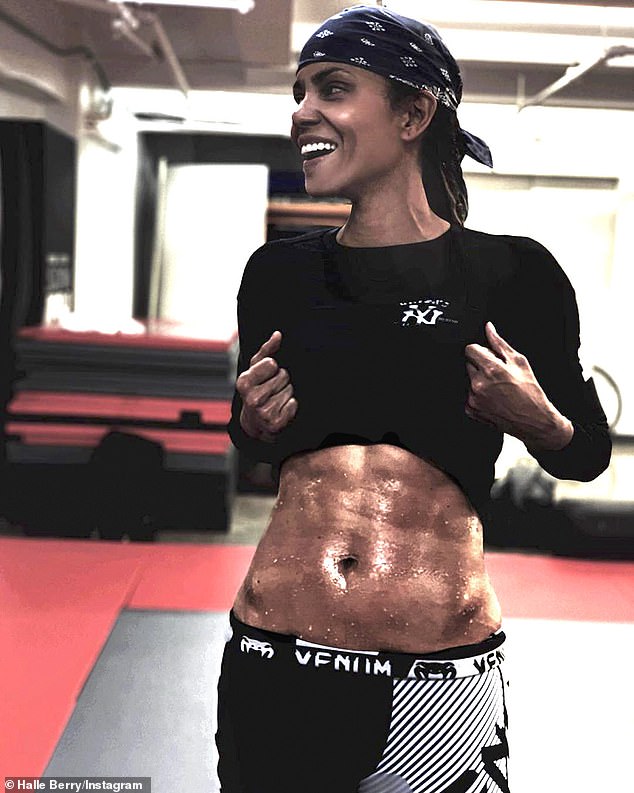 Ab fab: Halle at one point fired up her Insta Stories to show off the sculpted figure she achieved to play a fighter in the film

Halle confessed: ‘I thought: “I can’t direct, this is a big acting role for me, I don’t think I should be directing as well.” And they gave me so much confidence and helped me realize that: “But nobody understands it like you. It’s story telling and we definitely feel confident that you’ve got the story.”‘

She recalled that ‘I put that hat on for a week or so and I thought about how that felt and I realized, after 25 years in the business there is a lot I know about filmmaking.’

The Oscar-winner shared: ‘I’ve never been the kind of actress that just goes to work, stays in my trailer and says: “Call me when you’re ready.”‘

Before Halle was attached to the project it was slated to star Blake Lively and be helmed by The Notebook director Nick Cassavetes, per Deadline. 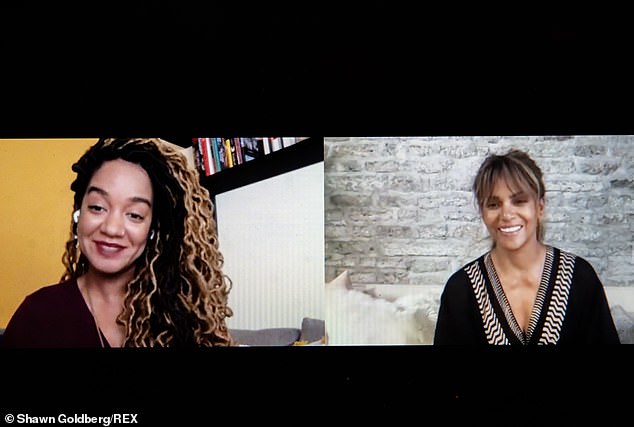