An employee at a Chicago pizza restaurant has been fired after a social media post circulated claiming she wrote ‘quit your job’ on a police officer’s receipt.

A customer copy of the Happy Camper receipt shared online by a friend of the cop shows ‘Cassie C’ as the server and lists $66 worth of food ordered around 7.30pm on Sunday.

According to the social media post, the cop ordered dinner in ‘full uniform and riot ready’ and spotted the message before leaving the venue.

However ‘he still tipped, and was the gentleman that he always has been.’ 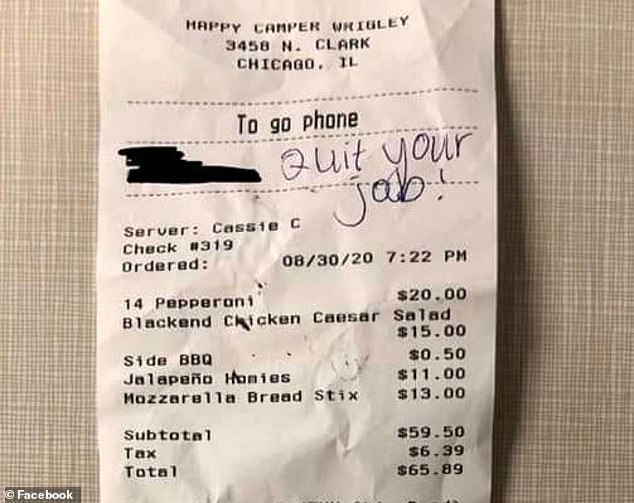 A Chicago Police officer said he noticed the message ‘quit your job!’ written on his receipt from Happy Camper pizza restaurant Sunday night 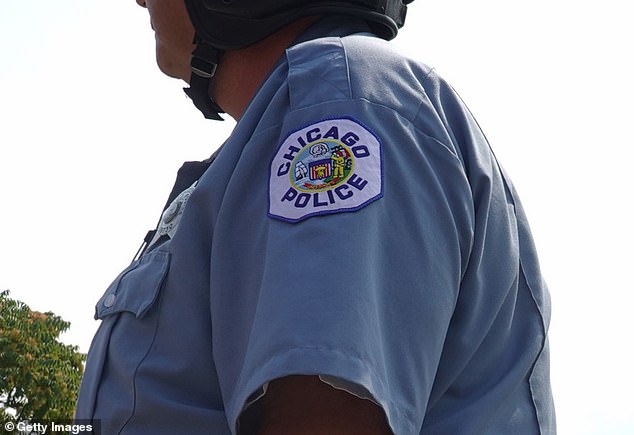 According to a social media post, the cop ordered dinner in ‘full uniform and riot ready’ 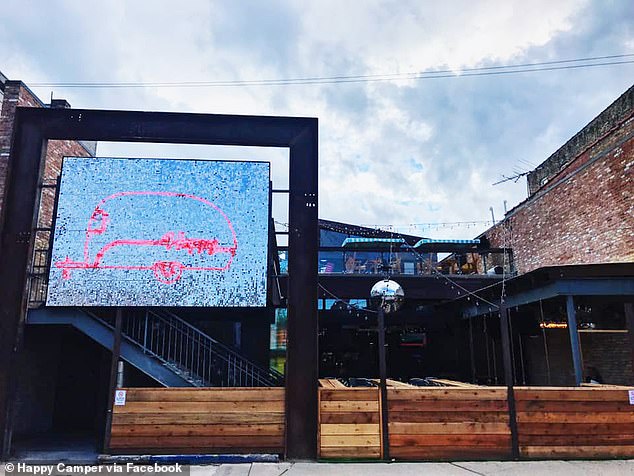 He’s said to have walked outside and tossed out the 14-inch pepperoni pizza, Blackened Chicken Caesar salad, Mozzarella Bread Stix and more in the garbage ‘for fear that someone spit in it.’

‘Everyone is entitled to their feelings and political views, but definitely not when it comes to a professional environment,’ the post continued. ‘Where did people learn to disrespect the people that are paying their bills?’

The widespread social media post put the incident down to a ‘lack of management and professionalism.’ Calling the behavior ‘unacceptable’, the author asked ‘how can anyone allow this to happen?’

The restaurant in Wrigleyville said it ‘immediately took action to terminate the employee’ after learning about it on Monday morning.

‘Our company works incredibly hard to provide a positive and enjoyable experience for all customers,’ a Facebook post from Monday read.

‘We sincerely and humbly apologize — the action of one does not accurately reflect who we are as a company.

‘We have zero tolerance for any behavior that doesn’t give our customers the full respect they deserve.’ 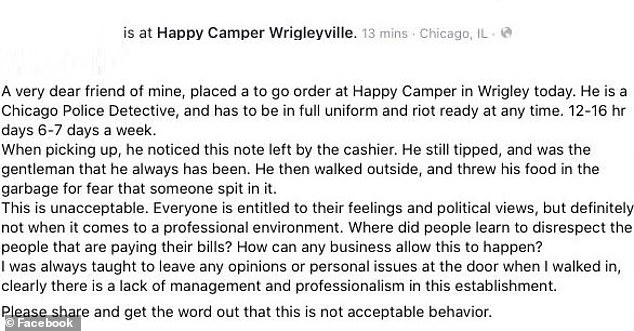 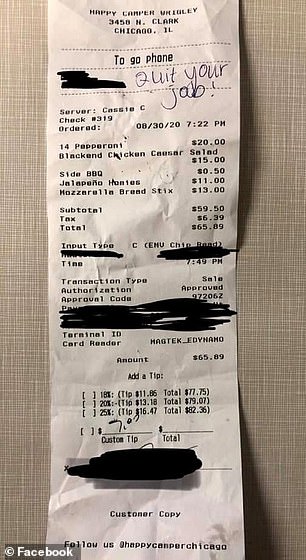 He still left a tip on the receipt naming Cassie C as the server ‘and was the gentleman that he always has been,’ a friend wrote online. The customer copy is pictured

The restaurant also said in a comment that it has reached out to the police officer to personally apologize, offer a full refund and provide a gift card to his restaurant of choice.

The name of the officer was kept confidential.

Many praised the venue for firing the employee but others suggested it would’ve been a better idea to get Cassie C to meet with the officer and apologize or to provide adequate training.

Others said they hoped Happy Camper had done the appropriate research before firing the cashier, noting previous similar incidents that turned out to be a hoax.

In one case last year police in Oklahoma falsely claimed that a Starbucks employee wrote ‘pig’ on his coffee cups.

Two people were fired, including a manager who later announced she’s suing the company for wrongful termination. 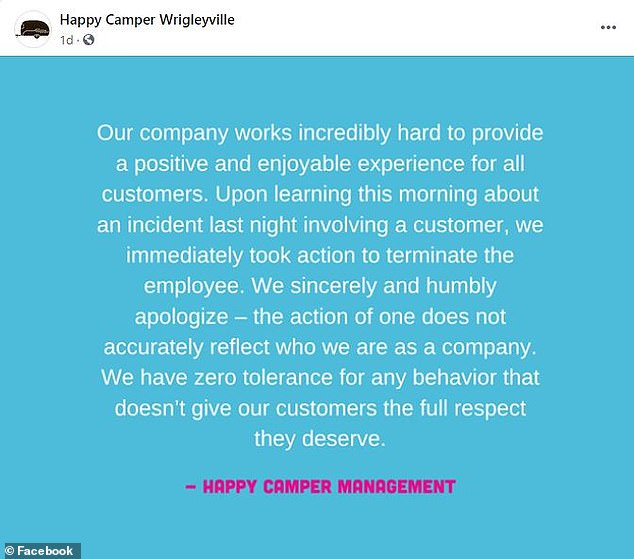 The restaurant in Wrigleyville, Illinois fired the employee on Monday and reached out to the police officer to apologize, offer a full refund and provide a gift card to his restaurant of choice