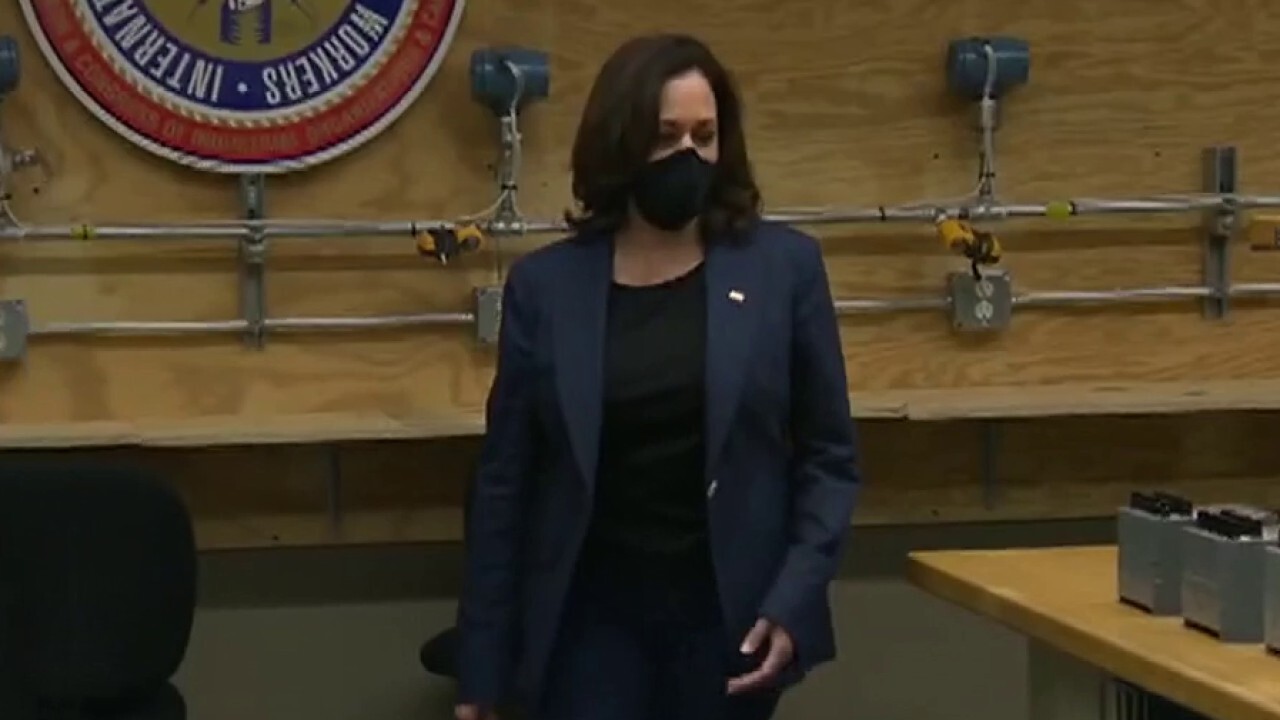 The shooting of Blake – who is Black – by police in Kenosha, Wisconsin have sparked days of protest and violence. The unrest turned the city into the latest battleground in a summer of unrest over police brutality and racial injustice.

Harris spoke by phone with Blake and met with his family at the airport in Milwaukee after landing in Wisconsin, her first in-person visit to a key general election battleground state since being named as Democratic presidential nominee Joe Biden’s running mate a month ago.

Asked about her meeting, the senator from California told reporters it was “really wonderful. I mean they’re an incredible family and what they’ve endured and they do it with such dignity and grace. And you know, they’re carrying the weight of a lot of voices on their shoulders.”

Harris said her message to the family was “to express concern for their well-being and of course, for their brother and their son’s wellbeing and to let them know that they have support.”

Last week both President Trump and Biden made dueling trips to Kenosha. There was a stark contrast between the messages of both trips – with the president preaching law and order and the Democratic challenger presenting an optimistic vision in the fight against systemic racism.

Biden spoke on the phone with Jason Blake — and met with his family — during his trip.

The president toured damaged businesses and met with law enforcement during his visit last week to Kenosha, but didn’t meet with Blake’s family. Trump claimed that he wouldn’t meet with them because they wanted lawyers involved.

Blake was shot seven times in his back on August 23 as he reached into his vehicle, where Wisconsin officials later said a knife was found. Blake’s young children were in his vehicle at the time. The shooting left Blake paralyzed, according to his father. Video of the incident went viral hours later, sparking days of protests and violence.

After meeting with the Blake family, the senator toured and met with labor leaders at a International Brotherhood of Electric Workers training facility. Roughly 30-40 Biden and Harris supporters stood outside of the training facility, waving and cheering as Harris’ motorcade passed by.

Harris was later scheduled to speak with Black business owners in Milwaukee.

Vice President Mike Pence was also in Wisconsin on Monday, campaigning on the other side of the state. Pence was in La Crosse, a city of roughly 50,000 along the Mississippi River in the southwest corner of the state. Pence delivered a speech on “A Stronger American Workforce” at the electric utility Dairyland Power Cooperative.

Wisconsin, along with Michigan and Pennsylvania, had been carried by the Democrats in presidential elections for a quarter century and were considered part of the blue wall. But Trump narrowly carried all three states in the 2016 election, helping him capture the White House. Trump topped Clinton by fewer than 28,000 votes in Wisconsin four years ago – and the Democratic nominee was criticized for not visiting the state during the general election.

Neither campaign is ignoring the state this time around.

The president has stopped in Wisconsin three times this summer, and Biden made his first trip last week. And Monday’s trip will mark Pence’s second visit to the Badger State in the past three weeks.

The most recent Fox News poll in Wisconsin – conducted a week ago – indicated the former vice president with an 8-point lead over Trump among likely voters. An average of all the most recent public opinion surveys compiled by Real Clear Politics shows a slightly closer contest, with Biden ahead of the president by 4.4 points.

Clinton led Trump by 5.3 points according to Real Clear Politics Average in Wisconsin on this date four years ago. The final average on the eve of the 2016 election indicated Clinton topping Trump by 6.5 points – before Trump slightly edged the Democratic nominee by seven-tenths of a percent.

While Pence has been busy crisscrossing the national campaign trail all summer, Monday was the first in-person campaign trip by Harris since being named Biden’s running mate nearly a month ago.

Harris traveled to Delaware to give her nomination acceptance speech and joined Biden the following night as he gave his address at the conclusion of the Democratic National Convention. And she gave an in-person speech in the nation’s capital. But other than those two moments, Harris has been campaigning exclusively on-line amid the coronavirus pandemic, headlining numerous virtual organizing events and fundraisers.