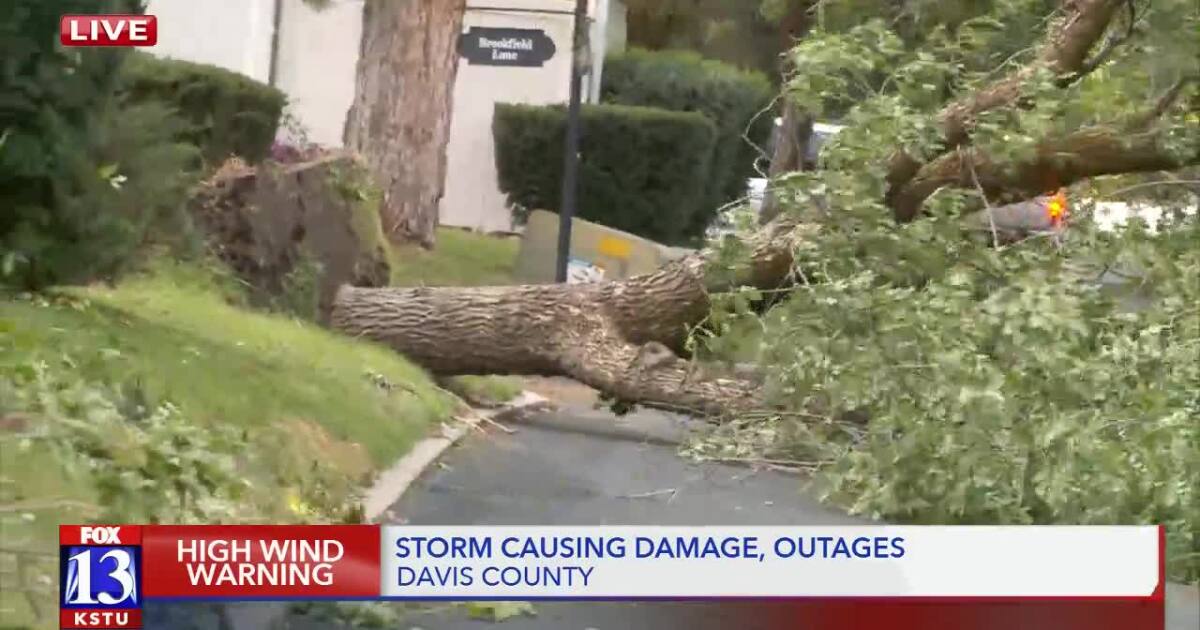 As of 7:45 a.m., Rocky Mountain Power reports more than 58,000 outages in northern Utah. Click here for details on the outages.

The National Weather Service reports wind gusts in excess of 70 mph have been recorded in Salt Lake City, Farmington, Layton and Brigham City.

According to NWS, gusts of 74 mph or greater are considered hurricane-force winds.

The Utah Highway Patrol is restricting travel for semitrailers in Davis, Ogden and Weber Counties “after a number have blown over due to the high winds in the area.”

A UHP spokesman said a total of five semitrailers blew over in the three counties.

UHP also reports there are trees and low power lines blocking highways and interstates in some areas.

Do you have any photos or video footage of storm damage? Send us a message on Facebook.

Watch our live coverage on FOX 13, our live streaming web page or the FOX 13 News app for the latest updates.