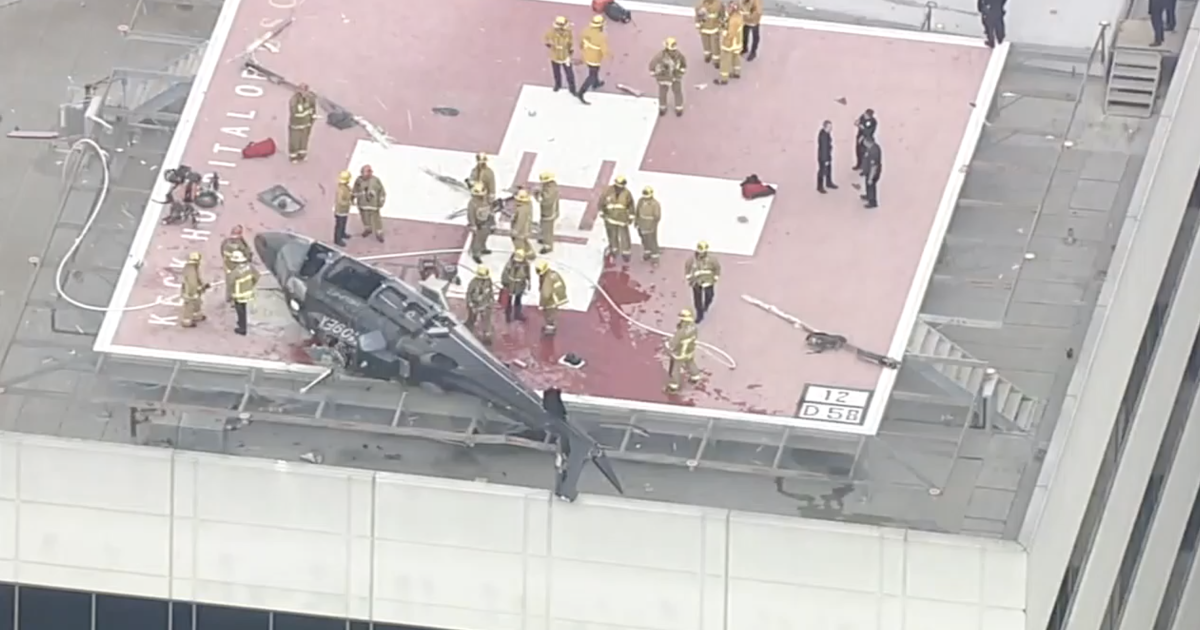 SAN DIEGO (KGTV) — A medical helicopter transporting a heart from Grossmont Hospital for transplant crashed on the helipad of a Los Angeles-area hospital on Friday.

The AgustaWestland A109 medical helicopter flipped onto its side after experiencing a hard landing on the roof of Keck Hospital of USC at about 3:15 p.m., according to a statement from the hospital.

The helicopter was carrying a heart from Sharp Grossmont Hospital in La Mesa, according to helicopter service provider Helinet. The hospital said in a statement that the organ was safely delivered to the intended patient in time for surgery.

“We are fully cooperating with the NTSB and FAA on their investigations,” said Helinet COO and President Sean M. Cross. “Our company prides itself on professional operation and maintenance of aircraft as core values – the safety of our customers and pilots is always our top priority. We are happy that at this time there appear to have been no serious injuries.”

The FAA and National Transportation Safety Board are investigating the crash.

Helinet says it completed more than 1,300 helicopter air ambulance missions in 2019. Company officials are also on-site assisting in the investigation.