A four-year-old, dubbed the ‘Fijian Princess’ has been captured on camera speeding past eight of her opposition footy players to score a try – before running right off the field.

Eva Hicks plays in the nappy grade for Sydney’s South Eastern Seagulls in the under five reds.

She was captured making an incredible line break in a match at Pioneer Park in Malabar, beating eight other players as she sped down the side line.

But instead of scoring a try, Eva ran underneath the fence at the back of the ground and rushed back up the sideline for a hilarious moment for the gallery of spectators. 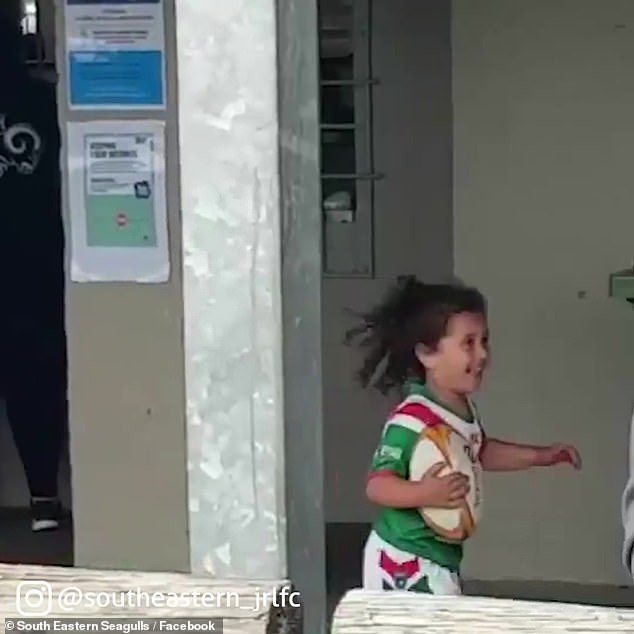 Eva Hicks (pictured) made an incredible break for the South Eastern Seagulls at Pioneer Park but instead of scoring a try, the four-year-old ran back through the crowd of spectators

‘The girls and boys get on there week after week and play so hard, but there’s a lot of funny moments.’

Mrs Hicks said her daughter loves playing rugby league and could not believe she ran as far as she did.

‘She’s improved out of sight,’ she said. ‘The fact that she ran that far is mind blowing to be honest.

‘As she kept running I turned to my husband and said “what is going on?” And he just shook his head.

‘She had the biggest grin, enjoying herself and that’s what kids sport is all about.’ 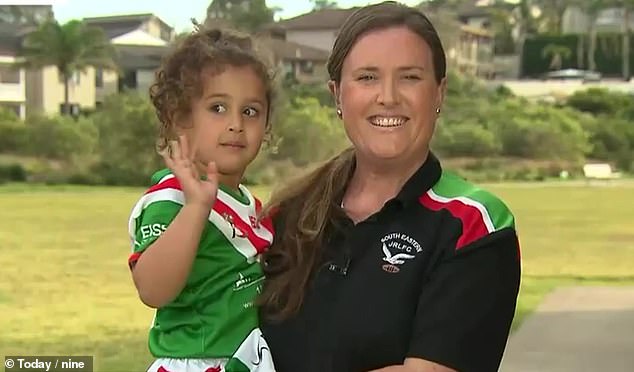 Mrs Hicks said Eva loves playing with her friends, even though there are a few tears most weeks after taking a big tackle.

‘She’s a Fijian princess so she can cop it,’ Mrs Hicks said.

‘She got back on a couple minutes after that and actually scored a try in the next session we had.

‘She’s pretty brave. We told her that you’ve just got to get up and keep playing the ball and she does that with a smile most weeks.’

Mrs Hicks said the fact Eva gets up early in the morning to put her boots and take to the field shows how much she loves playing rugby league.

‘I always thought she’d be a netballer, but she seems to like footy,’ she said. 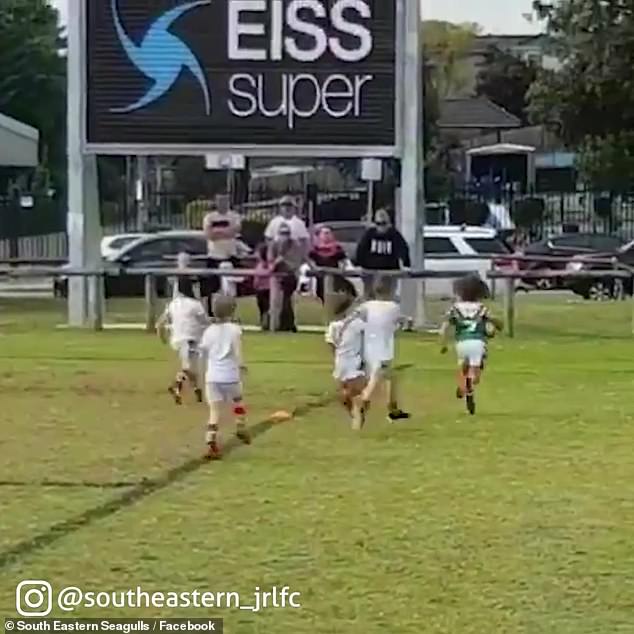