Amateur chefs can make ‘restaurant quality’ sizzling prawns in the comfort of their own kitchens using an air fryer and six supermarket ingredients.

The simple recipe, which was shared by Melbourne woman in a Facebook cookery group, requires peeled green prawns, lemon, paprika, garlic powder, pepper and olive oil and a 3.2 litre fryer that costs $69 at Kmart.

The prawns should be tossed in the seasoning, then fried at 200 degrees Celsius for five minutes and served on a sizzling plate with butter on the side for extra flavour.

Impressed foodies said the seafood looked ‘fabulous’ and as good as what you’d get in a high-class restaurant. 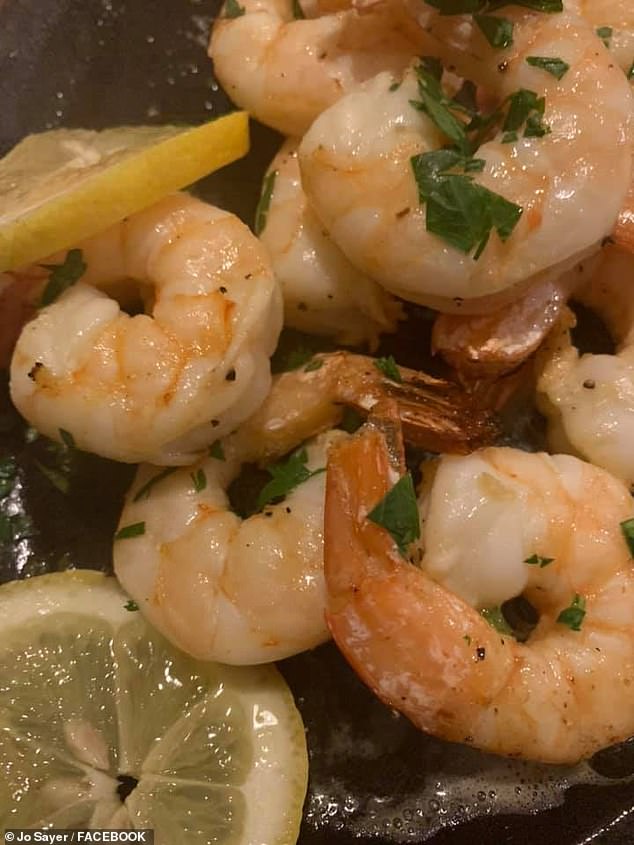 Photos of the prawns drew praise after being shared on social media, with hundreds comments including ‘they look perfect’, ‘delicious’ and ‘that looks so professional, well done’.

And it’s not the only easy air fryer dish catching attention on social media.

Instead of roasting lamb in the oven for hours, one woman recently revealed how she cooked a kilogram cut of meat from Woolworths in her 5.3litre air fryer, available for $89 from Kmart.

The woman, who posted anonymously in a Facebook group, said the air fryer cooked the meat to medium-rare perfection in just one hour – shaving 60 minutes off the typical oven time of two hours.

Juice of a lemon

3. Transfer to sizzling plate, garnish with butter on the side and serve. 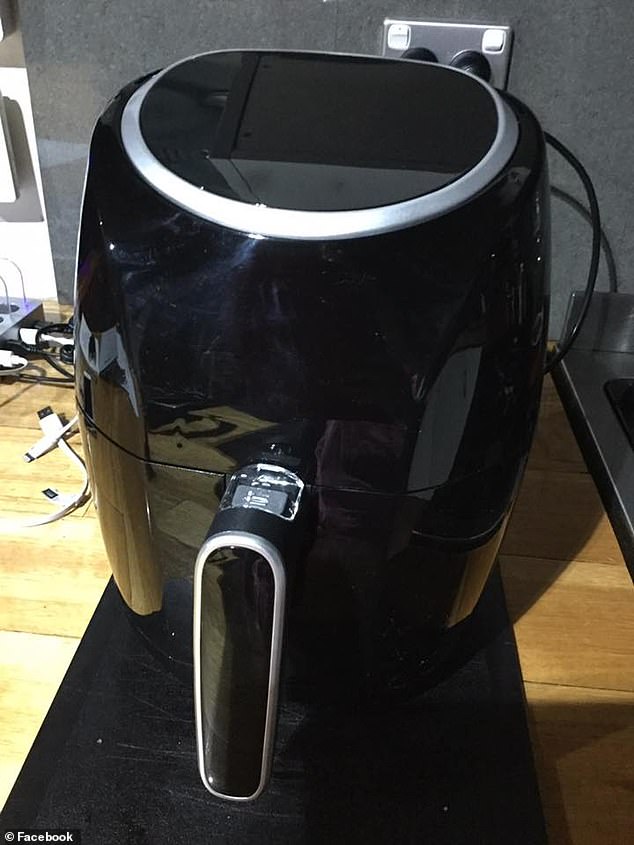 A selection of air fryers in 1.5, 3.2 (pictured) and 5.3 litre capacities are stocked in Kmart

Photos of the meat proved so tantalising that they inspired others to buy air fryers to make their own.

‘Perfectly cooked, that’s how one should eat lamb,’ one woman said.

Another added: ‘Looks good, bit rare for me. I just bought an air fryer, will try it.’ 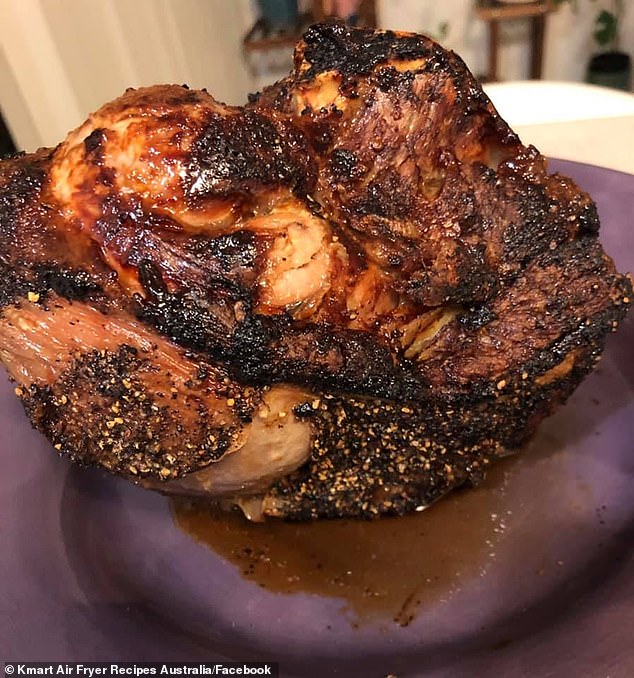 Rather than slow cooking a roast in the oven for hours, an Australian woman has revealed how she cooked one kilogram of lamb from Woolworths in her 5.3 litre Kmart air fryer

To season the meat, the woman said she rolled the lamb in oil before coating it in garlic powder, onion powder, salt and pepper.

She said she cooked the meat in the air fryer for 20 minutes, then flipped it over and left it to cook for a further 35 minutes.

‘This gives a medium-rare cooked roast, internal temp was 47 degrees when I took it out before resting – the roast was so tender,’ she said.