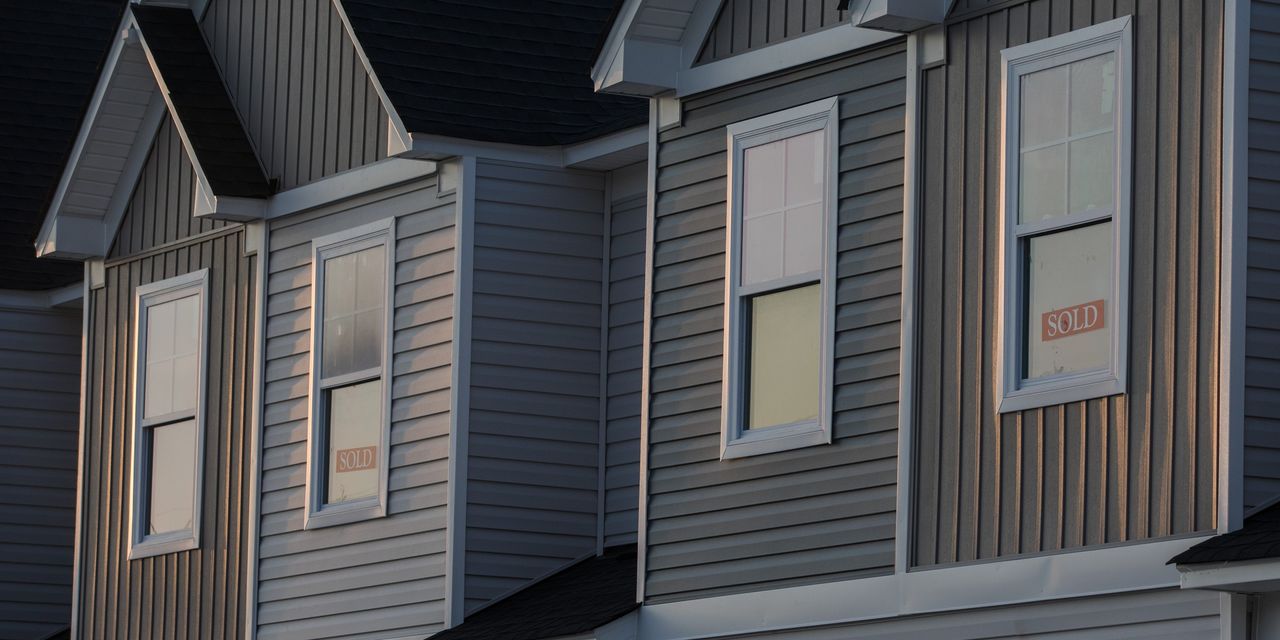 Home-price growth climbed to a new record in July as buyers continued to compete fiercely amid a shortage of homes for sale, but there are signs the market frenzy might be starting to ease.

The S&P CoreLogic Case-Shiller National Home Price Index, which measures average home prices in major metropolitan areas across the nation, rose 19.7% in the year that ended in July, up from an 18.7% annual rate the prior month. July marked the highest annual rate of price growth since the index began in 1987.

“The last several months have been extraordinary not only in the level of price gains but in the consistency of gains across the country,” said Craig Lazzara, managing director and global head of index investment strategy at S&P Dow Jones Indices.

“‘The last several months have been extraordinary not only in the level of price gains but in the consistency of gains across the country.’”

But the data suggest the market could be starting to cool. Price growth slowed slightly in three of the 20 cities tracked by the index: Detroit, Cleveland and Washington, D.C.

“There are some hints that maybe things are starting to level off,” said Nancy Vanden Houten, an economist at Oxford Economics. “This has to stabilize at some point.”

Economists surveyed by The Wall Street Journal expected the 20-city index to gain 20.1%.

In a separate report Tuesday, the Conference Board said consumer confidence fell in September for the third straight month, as the spread of Covid-19 and inflation concerns weighed on households.

The consumer-confidence index fell to 109.3 in September from a revised 115.2 in August, according to the Conference Board. The share of respondents who said they planned to buy a house in the next six months fell for the third month in a row.

The number of homes for sale fell to record lows earlier this year and remains below typical levels, sparking bidding wars among buyers and pushing prices up rapidly

The Case-Shiller index, which measures repeat-sales data, reports on a two-month delay. In more recent weeks, the housing-market frenzy has slowed slightly, as some buyers have been priced out or taken a step back from the market. The median existing-home sales price in August rose 14.9% from a year earlier to $356,700, the National Association of Realtors said earlier this month.

Home-price increases are outweighing the advantage of low mortgage rates. Households that bought homes in May are spending almost 21% of their income on monthly mortgage payments, above the average rate for the past decade, according to Realtor.com. News Corp, parent of The Wall Street Journal, operates Realtor.com.

“Demand remains quite high relative to just about any other period in history, which is what’s still driving higher-than-normal price increases,” said Danielle Hale, chief economist for Realtor.com. But “the affordability calculation is not as much of a no-brainer as it was.”

Phoenix had the fastest home-price growth in the country for the 26th straight month, at 32.4%, continuing its record streak in the top spot. San Diego posted the second-fastest growth, at 27.8%.

A separate measure of home-price growth by the Federal Housing Finance Agency also released Tuesday found a 19.2% increase in home prices in July from a year earlier.

—Xavier Fontdegloria contributed to this article.