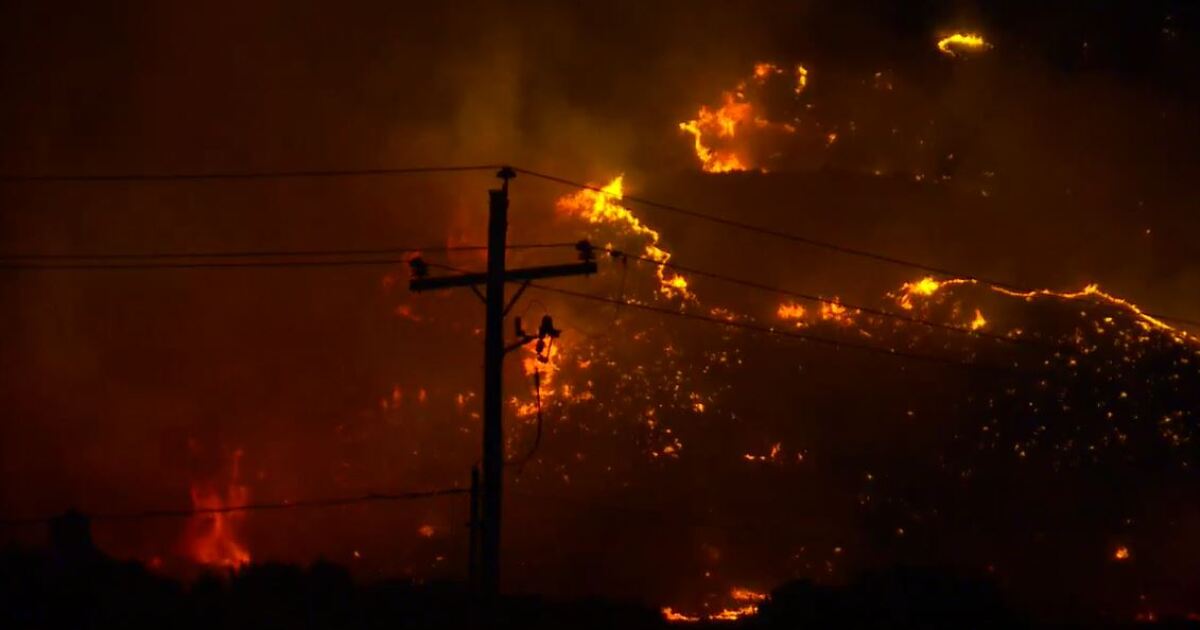 PLEASANT GROVE, Utah — A wildfire that broke out Saturday night forced homes to be evacuated in Pleasant Grove.

The “Battle Creek 2 Fire” is burning on “G Mountain” — near the same area as another wildfire less than a month ago. The new blaze was estimated at 50* acres at the most recent update.

Shortly before 10:15 p.m., the Pleasant Grove Fire Department announced that some homes between 200 South and Grove Creek Drive and east of 1350 East were being evacuated.

Evacuees can shelter at the Pleasant Grove Recreation Center at 547 S. Locust Avenue.

The Battle Creek Canyon trail was also evacuated, and authorities asked people to stay away from Grove Creek Canyon.

The fire’s cause is under investigation.

*Acreage subject to change based on officials’ latest estimates