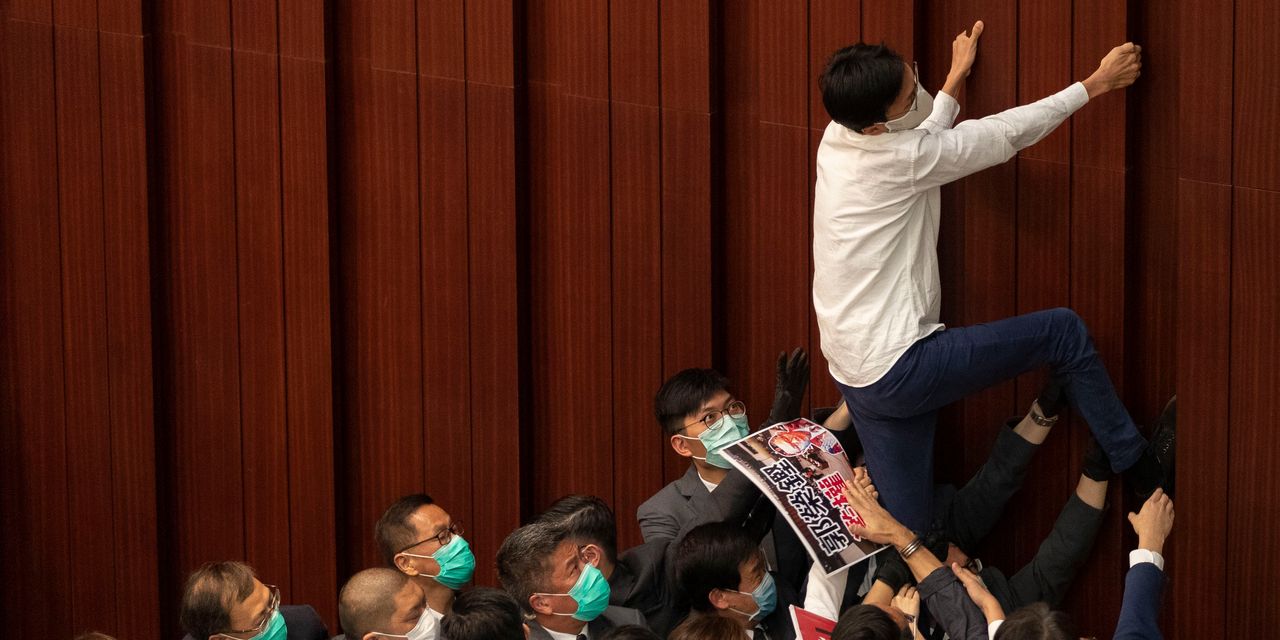 HONG KONG—Police arrested seven opposition figures Sunday, including four sitting pro-democracy lawmakers, and charged them with offenses related to a scuffle that broke out in Hong Kong’s legislature earlier this year.

Officers made a series of early morning arrests at the homes of three politicians from the Democratic Party, one from the Labour Party, and two former legislators from the pan-democratic camp; another Labour lawmaker was detained at the police station. Police said the seven were charged with contempt and interference…