A young family were left devastated after discovering the house they purchased three months earlier was completely infested with termites.

Shaun and Sarah Sarson bought the Gold Coast home in late 2019 for $660,000 after a building inspector told them there were no issues with the property.

But soon after moving into their ‘forever home’ Mrs Sarson discovered the insects pouring out of a power point in the bathroom.

She said it looked like something ‘out of a horror movie’.

‘I’ve done a lot of crying, also we have little kids, they are two and three years old and just finding out that… it wasn’t even safe to be in here, there are holes in the major beams,’ Mrs Sarson said. 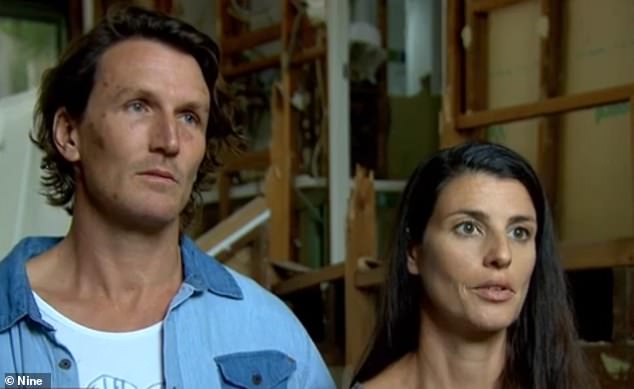 The termites caused so much damage the family had to move out before they lodged an insurance claim, A Current Affair reported.

A second building inspector, Daniel Golin, was also hired to look over the home and told the young family it was one of the worst infestations he had ever seen.

Mr Golin said the damage to the home was so severe it was basically ‘a write off’.

‘It’s a hard one to rebuild this, I think it’s to the stage of demolish and rebuild, that’s the only way out I can see at this stage,’ he said.

He said he couldn’t understand how the property was given the all clear because it was unlikely the level of infestation happened within three months.

Mrs Sarson was contacted by a man who had looked at buying the same home until a building and pest inspection uncovered evidence of termites.

The prospective buyer told the Sarson family he allegedly handed the property report to the real estate agent after deciding not to buy the house.

The real estate agent told the publication he was not obligated to tell potential buyers about possible issues with a property.

He also said if he receives evidence of live termites in a home he discloses it to possible clients.

Antonia Mercorella from the Real Estate Institute of Queensland confirmed agents and sellers weren’t required to ‘volunteer issues’ about a property, saying it was a case of ‘buyer beware’. 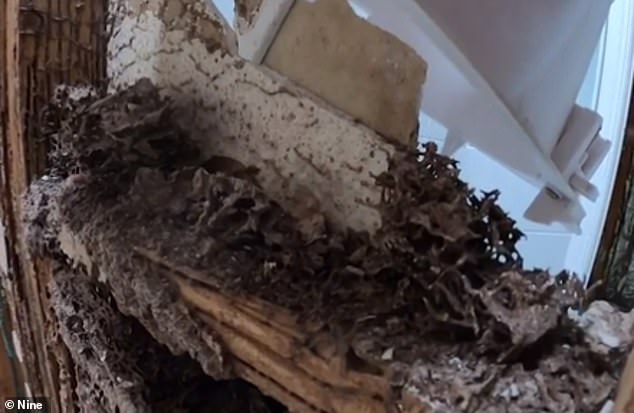