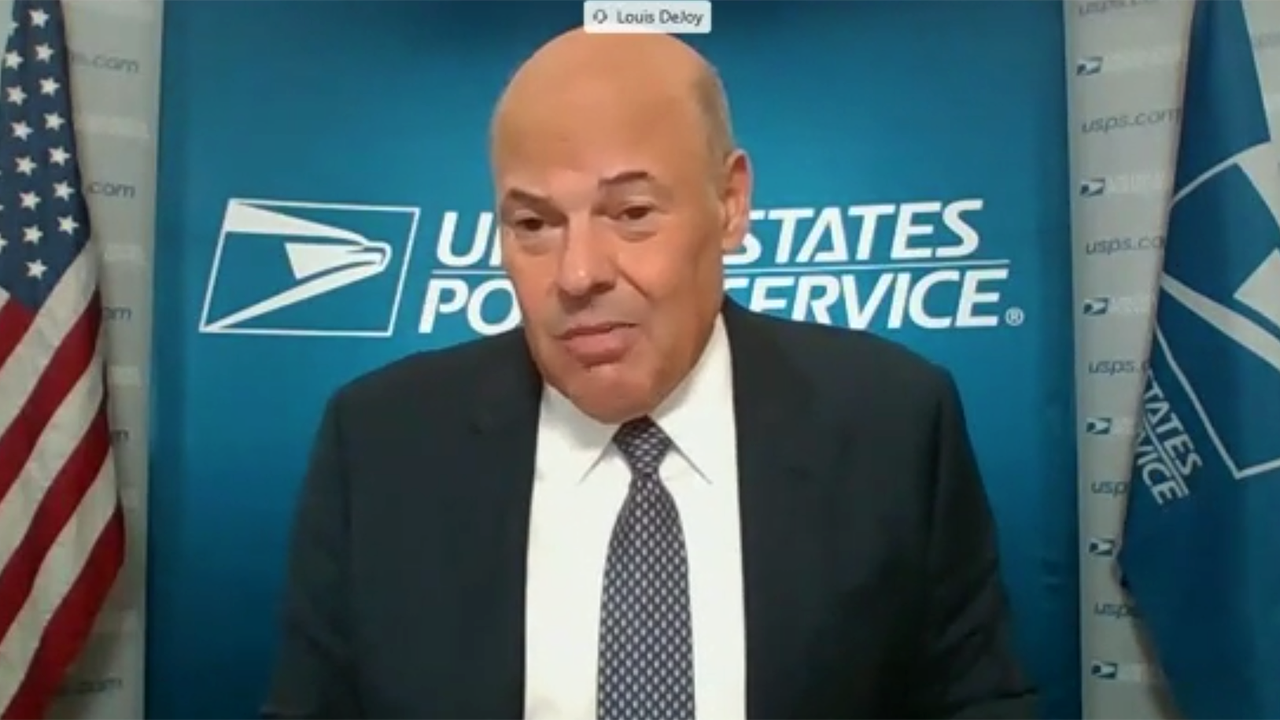 The House Oversight Committee Chairwoman Carolyn Maloney, D-N.Y., on Wednesday subpoenaed new Postmaster General Louis DeJoy for his calendar, documents and communications during his nearly four months on the job.

The committee has been investigating mail delays and potential disruptions to election mail. DeJoy missed the Aug. 26 deadline the Democrats set for him to voluntarily turn over the documents, and Maloney followed through on her subpoena threat for the materials.

The subpoena sets a deadline for noon Sept. 16 for the United States Postal Service (USPS) to deliver the documents to Congress.

USPS DELAYS ENDANGER 14M WHO WON’T GET MEDICATIONS ON TIME

The four-page request for records includes all documents and communications since June 15 — when DeJoy started on the job — relating to changes to USPS operations and handling of election mail. The committee also wants all of DeJoy’s communications, including texts and emails, with the Trump campaign and his “complete, unredacted calendar.”

Rep. Alexandria Ocasio-Cortez questioned DeJoy about his conflicts of interest during a hearing last month and suggested the House Oversight Committee subpoena his calendar if he doesn’t voluntarily turn it over. The New York Democrat expressed her satisfaction on social media Wednesday with the subpoena going out.  “Done” she tweeted.

The USPS said it was surprised by the subpoena but will comply with obligations under the law.

“We remain surprised and confused by Chairwoman Maloney’s insistence on issuing a subpoena to the Postal Service in the midst of ongoing dialogue with her staff on the House Committee on Oversight and Reform to produce information in an orderly fashion,” a spokesperson told Fox News. “We fully intend to comply with our obligations under the law.”

DeJoy testified at length before the committee on Aug. 24, two days after the House met during a rare Saturday session to pass an “emergency” bill to give USPS $25 billion and to undo service changes DeJoy enacted. The legislation sits in the Senate and the White House issued a veto threat.

LOUIS DEJOY: WHAT TO KNOW ABOUT THE POSTMASTER GENERAL

Democrats believe DeJoy and the Trump Administration are trying to undermine mail service before the election that will rely on mail-in ballots due to the coronavirus pandemic. DeJoy rejected that any political motives were at play, but acknowledged the slowdown. He said he’d refrain from making additional cost-cutting measures until after the election.

“To avoid even the appearance of any impact on election mail, I am suspending these initiatives until after the election is concluded,” DeJoy said in a statement last month.