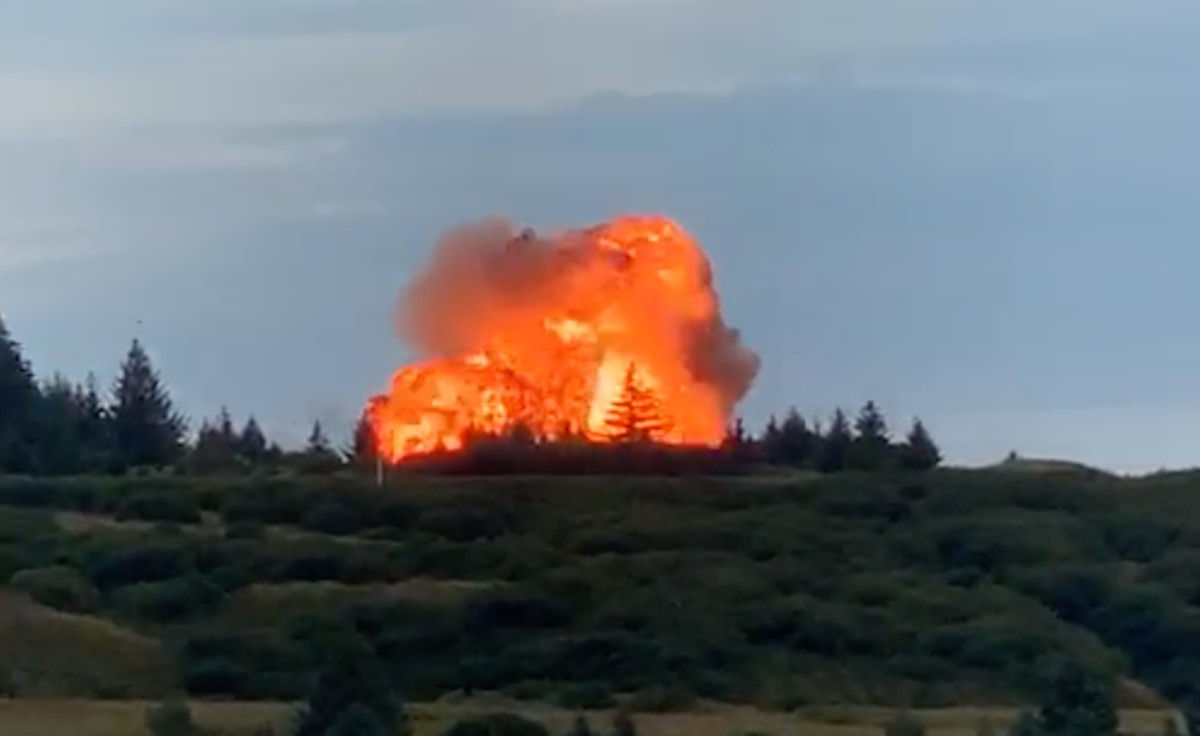 The video shows a rocket shooting into the air on Kodiak Island, ripping up toward the sky, then falters, tumbling toward the earth and bursting into a fireball on a green hillside.

“That, I don’t think was good,” says Eric Van Dongen from behind the camera.

The series of events — a test-rocket launch and subsequent explosion — are what Van Dongen, 38, of Anchorage saw and captured on video Friday evening in Kodiak. Eric and his dad, Marc Van Dongen, 73, had ferried down to Kodiak a little more than a week ago for a deer hunt.

They found out that they needed to get out of the area they’d been hunting in by early afternoon because of the planned rocket launch by Astra from the nearby Pacific Spaceport Complex-Alaska. So they got their hunting in that morning and decided to go watch the launch.

“When it hit the ground and exploded, that was definitely very intense,” Eric said. “And then we felt shortly after a shockwave come through.”

That shockwave, Eric said, felt as if he was holding his breath and being pushed back slightly.

They saw the initial fireball, Marc said, but didn’t hear anything for a few seconds. Then, suddenly, they heard a loud bang and felt the shockwave.

When they saw the explosion, Eric said he considered whether he should run behind their vehicle or stay put, but they were in a safe zone, he said. They were standing nearby a group of six or so cars, mostly families, to watch the launch, Eric said. He said he felt concern and some relief afterward because shrapnel and debris did not fly toward them.

The fire was put out quickly and no one got hurt, Mark Lester, president of the Alaska Aerospace Corporation told KMXT Radio.

“The launch was terminated early, which is part of our safety process,” Lester told the station. “We are prepared for these things. The key is public safety, and everything we did to keep the air, waterways and land free from the public is exactly why we do that in conditions like this.”

Since each test can provide new information and data, the launch was a success, Lester told KMXT.

In a blog post, officials at Astra, the company launching the rocket, said they were pleased with what happened with Rocket 3.1, and that they expect it to take three rocket flights in order to get a rocket into orbit.

“Early in the flight, our guidance system appears to have introduced some slight oscillation into the flight, causing the vehicle to drift from its planned trajectory leading to a commanded shutdown of the engines by the flight safety system,” they wrote regarding what occurred during the flight.

After the company tweeted that the flight had ended “during the first stage burn,” SpaceX CEO Elon Musk replied that he was sorry to hear about what happened.

“I’m sure you’ll figure it out though. Took us four launches to reach orbit. Rockets are hard,” Musk tweeted.

The company is set to spend the next weeks looking at their data and Rocket 3.2 is “built and ready for another big step towards orbit,” Astra officials wrote in the blog post.

“We didn’t meet all of our objectives, but we did gain valuable experience, plus even more valuable flight data,” they wrote. “This launch sets us well on our way to reaching orbit within two additional flights, so we’re happy with the result.”

Eric wished the company future success and said he was glad to experience the launch.

By Saturday, the Van Dongens had seen 56 deer, but only one buck, which they didn’t get. On top of the rocket launch, they’ve also seen bison, whales, a brown bear catch a salmon and fox with a salmon in its mouth.

“We haven’t been lucky with the hunting,” Eric said. “But we’ve definitely been lucky seeing wildlife and activity down here.”