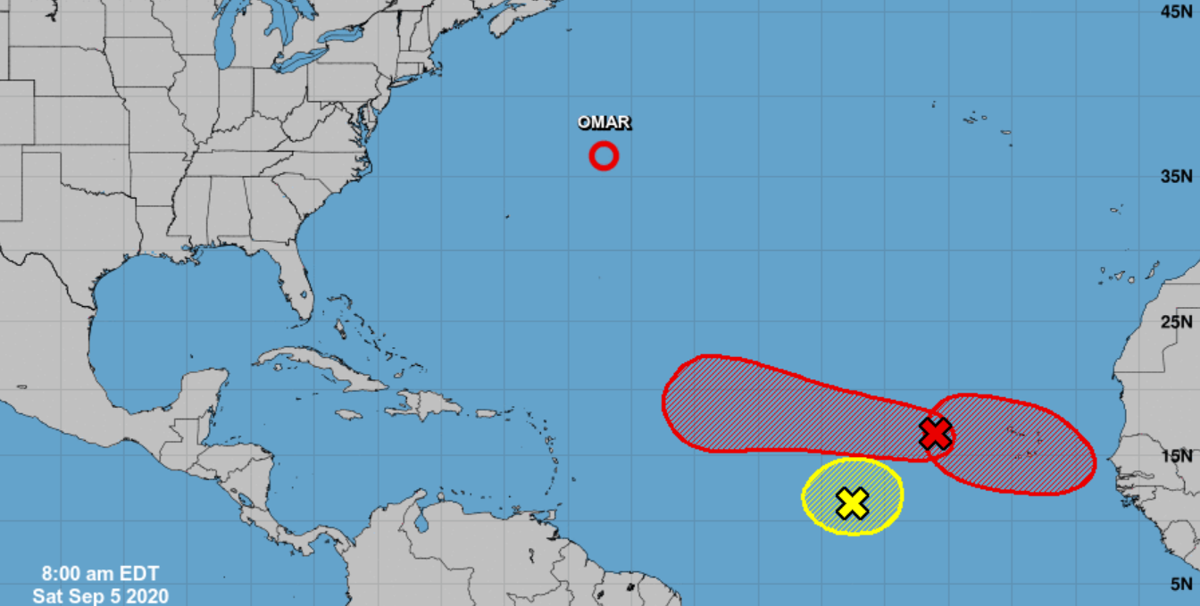 In its 7 am Saturday advisory, the NHC said two systems currently located off the west coast of Africa have a 90 percent and 70 percent chance respectively to form in the next five days.

The tropical wave with the 90 percent formation chance is expected to gradually develop “while it moves westward to west-northwestward, and a tropical depression is likely to form late this weekend or early next week when the system reaches the central tropical Atlantic,” NHC said.

Its formation chance over the next 48 hours is 50 percent.

The other tropical wave “is forecast to move off the west coast of Africa on Sunday,” NHC said, and that a “tropical depression is likely to form by the middle of next week.”

It development chance over the next 48 hours is just 10 percent.

It is too early to tell if any of the systems would enter the Gulf of Mexico or reach Louisiana.

The next named storms would be Paulette and Rene.