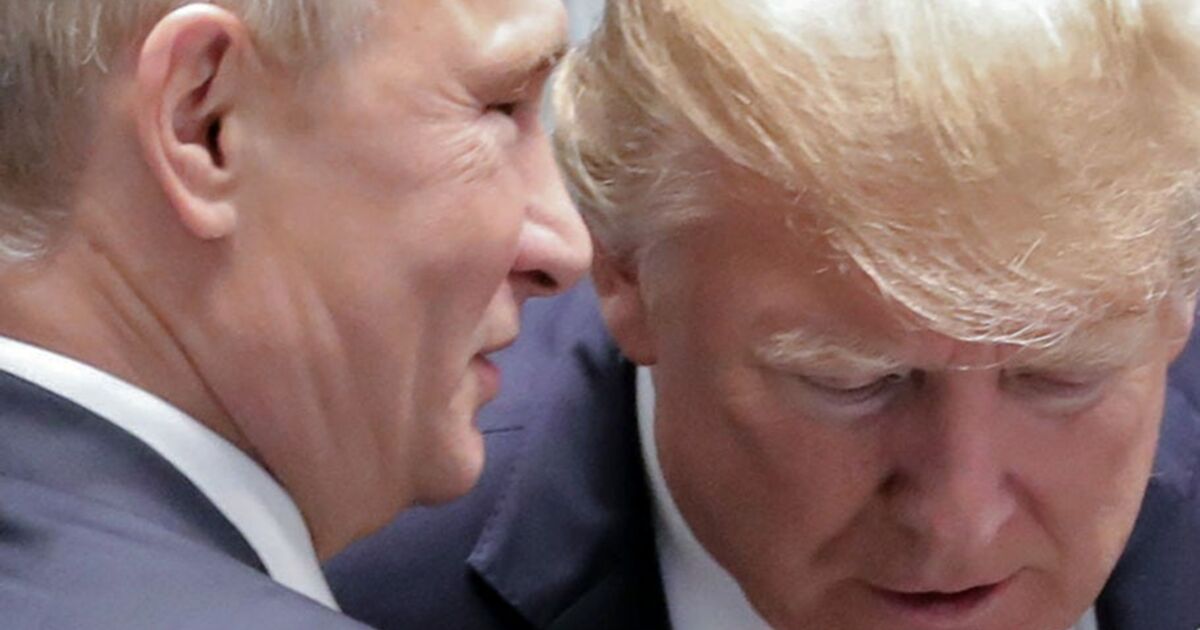 Vindman is one of several national security veterans who have suggested Trump may be compromised by the Russians.

Trump “should be considered to be a useful idiot and a fellow traveler, which makes him an unwitting agent of Putin,” Vindman told The Atlantic’s Jeffrey Goldberg.

“They may or may not have dirt on him, but they don’t have to use it,” he continued. “They have more effective and less risky ways to employ him. He has aspirations to be the kind of leader that Putin is, and so he admires him. He likes authoritarians who act with impunity, without checks and balances. So he’ll try to please Putin.”

Vindman told the outlet that Trump is what the Army calls “free chicken,” something that just comes to you without requiring any extra work.

Vindman testified about his knowledge of these events as well as others in the House of Representatives’ impeachment inquiry into Trump last year. In his testimony, he described Trump’s actions as “inappropriate” and “improper.”

After Trump was acquitted by the Republican-controlled Senate, he fired Vindman and his twin brother, Yevgeny — who had no involvement in the impeachment proceedings — from the National Security Council.

Later, Vindman left the military altogether following what he characterized in a Washington Post op-ed as “a campaign of bullying, intimidation and retaliation by President Trump and his allies” that “forever limited the progression of my military career.”

Vindman is not the first national security official to question whether the president is an unwitting Russian asset.

Dan Coats, the former director of national intelligence, harbored a “secret belief, one that had grown rather than lessened, although unsupported by intelligence proof, that Putin had something on Trump,” Washington Post journalist Bob Woodward wrote in his new book “Rage,” an early copy of which was obtained by Insider.

“Coats could see no other explanation” for the president’s behavior, Woodward wrote.

Current and former US spies also expressed similar sentiments to Insider last year after Trump’s disastrous performance at the G7 summit, during which he advocated for Russia to be allowed back into the alliance.

Glenn Carle, a former CIA covert operative and frequent Trump critic, told Insider there’s been “no question” in his mind for years that the president is behaving like “a spy for the Russians.”

“The evidence is so overwhelming that in my 35 years in intelligence, I have never seen anything so certain,” Carle said. “Trump clearly responds favorably to praise. And over the years, the handling officer — Putin, in this case — realizes what the asset wants, and that’s what they provide. Trump wants to be told he’s the greatest, so that’s what you tell him, over and over again, until he comes to believe that is the motivation for his actions.”

Trump’s “intent and odd personal fascination with President Putin is worth serious scrutiny,” John Sipher, a former CIA clandestine operative who spent 28 years at the agency, told Insider. “We have enough evidence that his actions and comments are wildly at odds with both our allies, and the professionals in his own administration. For the president to go against intelligence analysis and the counsel of scores of experienced professionals suggests there is something else animating him.”

“Until the time that the president bothers to articulate his own policies and views,” he said, “I have no choice but to believe that he is in some way compromised.”

The former FBI agent Peter Strzok echoed that in his new book, “Compromised: Counterintelligence and the Threat of Donald Trump.” Strzok also told NBC’s “Meet the Press” over the weekend that Trump’s financial interests in Moscow have placed him in a position “where the Russians have leverage over him and are able to influence his actions.”