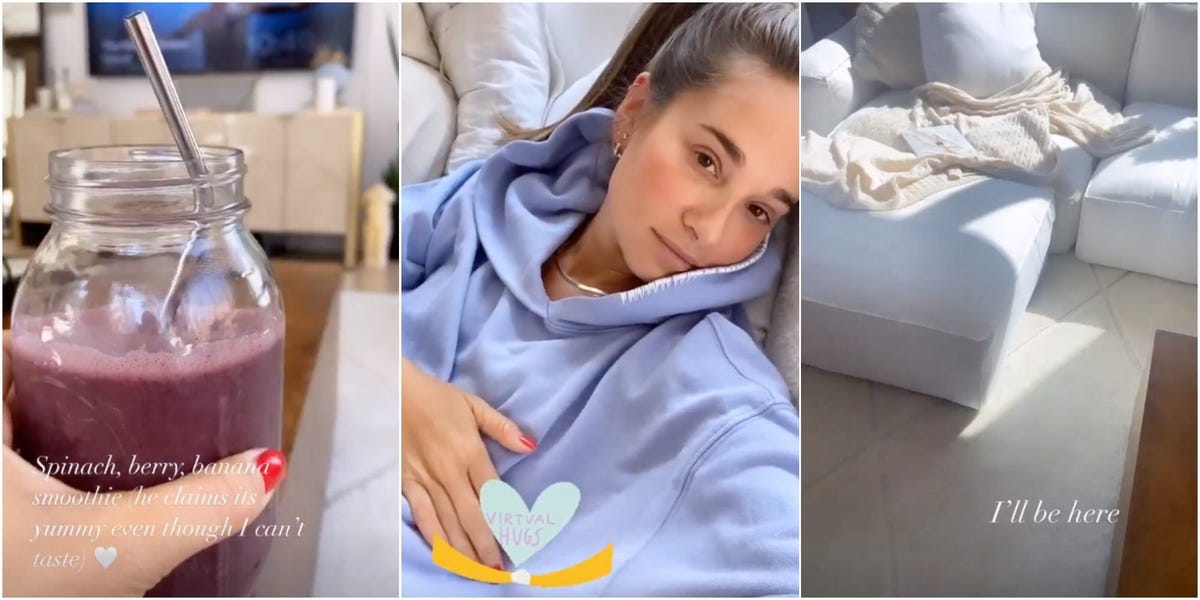 Fashion influencer Danielle Bernstein told her 2.5 million Instagram followers on Sunday that she has tested positive for the coronavirus.

Bernstein, who owns the clothing company WeWoreWhat, received backlash when people realized she was vacationing in the Hamptons during the pandemic. She was one of many influencers who appeared to ignore health advice and attend parties over the summer.

Bernstein is now back in New York City to quarantine with her partner, who also tested positive but it asymptomatic for now.

“Woke up without my sense of taste and smell,” she wrote on her Instagram story. “My body is extremely sore, particularly my hips and legs … trying to stay hydrated and just take Tylenol.”

She also asked her followers for some home remedies she could add to her list of smoothies, herbal teas, and vitamin tablets.

While her partner tested positive, Bernstein said everyone else she’d been in contact with in the last few days, including her roommates, had tested negative so far.

“I’ll be here,” Bernstein wrote over a video of her sofa and a blanket.

An Instagram page, called @wedonttakecovidseriouslywhat, was documenting Bernstein’s trip to the Hamptons and her partying over July 4.

“Well, I can’t say I’m surprised that Danielle has covid,” they said, according to Page Six. Insider has reached out to representatives of Bernstein for comment.

Several influencers were criticized for being irresponsible over the last few months for fleeing New York City to go to a second home elsewhere when lockdown hit. Fashion blogger Arielle Charnas, for example, posted an apology after people condemned her decision to go to the Hamptons after she tested positive for COVID-19.

“I apologize to anyone that I unintentionally harmed in the course of my decision making,” she said at the time, adding that she was following CDC guidelines.

“You left your primary home to go to your holiday home,” one person commented on the now-deleted post. “You’ve risked making others sick by doing that.”

Charnas responded to the backlash in a tearful Instagram story.

“I’m sorry for anyone that I’ve offended or hurt over the last couple of weeks,” she said. “We’re just trying to navigate through this difficult time, as I’m sure so many people are. I’m just sorry if I let down my community in any way.”

Do you have a personal experience with the coronavirus you’d like to share? Or a tip on how your town or community is handling the pandemic? Please email [email protected] and tell us your story.