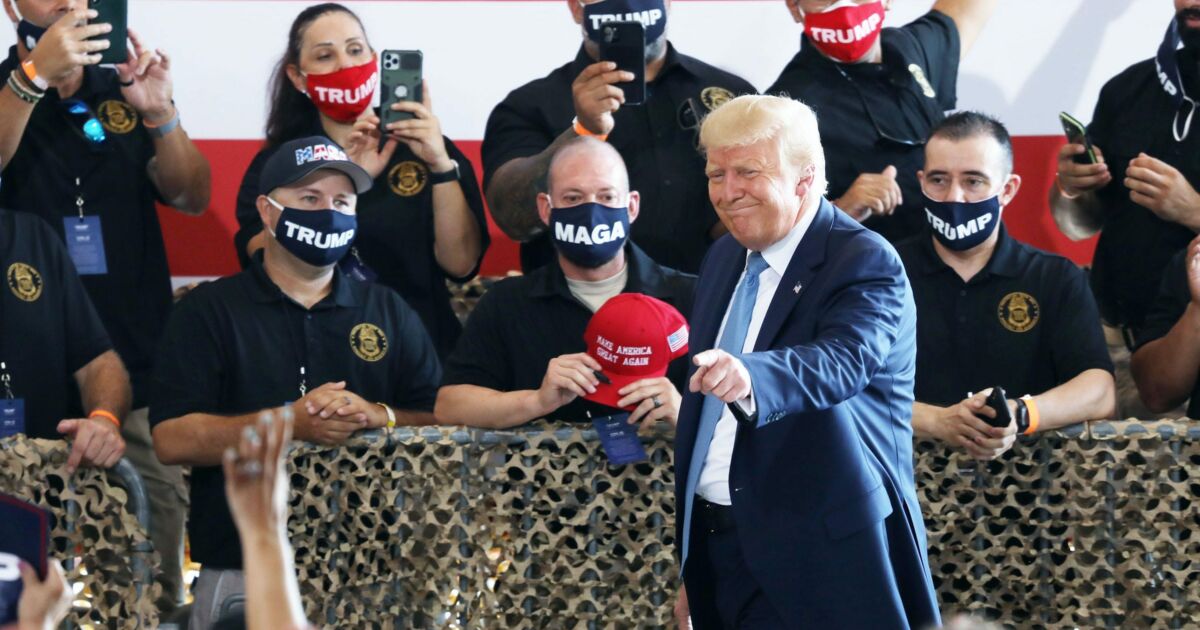 An Insider poll shows a majority of respondents saying they don’t think President Trump is a good person, including almost half of his likely voters.

A new Insider poll shows a majority of respondents saying they don’t think President Donald Trump is a good person, including almost half of his likely voters.

The new data from Insider SurveyMonkey Audience polling fits with one of the Republican convention’s strongest motifs: reassuring voters that supporting President Trump’s policies does not mean approving of his tweets or more vulgar behavior.

Trump’s character has once again come into focus recently, with his former personal attorney Michael Cohen leveling serious allegations against Trump in a new book for using racial slurs, lying to his third wife Melania about infidelity — including the infamous hush money payments that landed Cohen in prison.

Then came The Atlantic story on Trump calling fallen American soldiers “losers” and “suckers,” with several major outlets subsequently confirming the reporting despite denials from the White House.

With Democratic nominee Joe Biden running on “restoring the soul of the nation,” perceptions of Trump’s moral character are likely to remain a central dynamic in the 2020 campaign.

Of the Insider poll’s 1,161 respondents between Sept. 5 and 6, 53.7% said they do not agree with the statement that “President Donald Trump is a good person.”

As for Trump’s supporters, the poll found a marked difference between those who identify as “probably” voting for the president compared to those who say they will “definitely” vote for him.

Trump does better on this question when it comes to respondents who say they are registered voters, with 70.88% falling into the “good person” category overall.

This poll had a 3% margin of error, with 6.67% of respondents saying they “don’t know” if Trump is a good person, which is a separate category from the neither agree or disagree segment.