She is expecting her first child with Tammy Hembrow’s ex fiance, Reece Hawkins.

The 22-year-old was simply glowing as she posed for a flawless selfie. 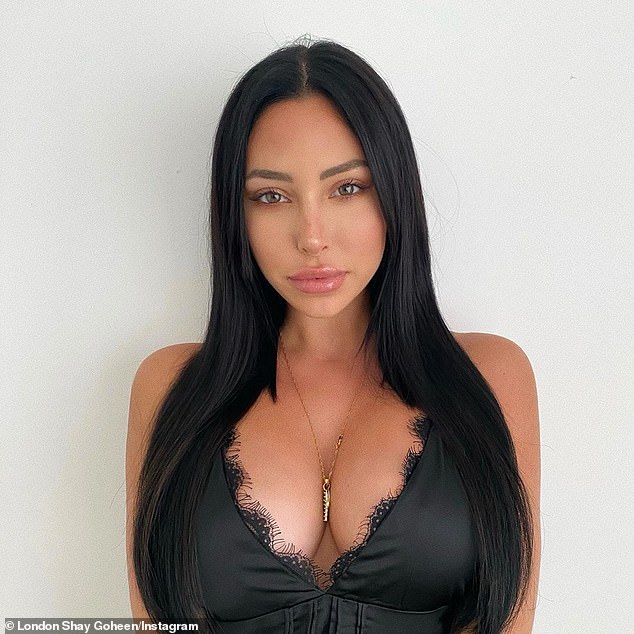 The perks of pregnancy!  Instagram model and Reece Hawkins’ fiance London Goheen showed the perks of her pregnancy as she posed for a selfie over the weekend

The raven-haired beauty showed off her cleavage in a plunging black lace top, as well as a set of new long hair extensions.

London was previously planning on charging her followers to see photos of her baby bump on OnlyFans.

But on Thursday, she gave her followers a peek at her pregnancy for free by sharing a photo of herself at the gym with fiancé Reece.

In the image, London’s baby bump was visible in a pair of tight high-waisted leggings. 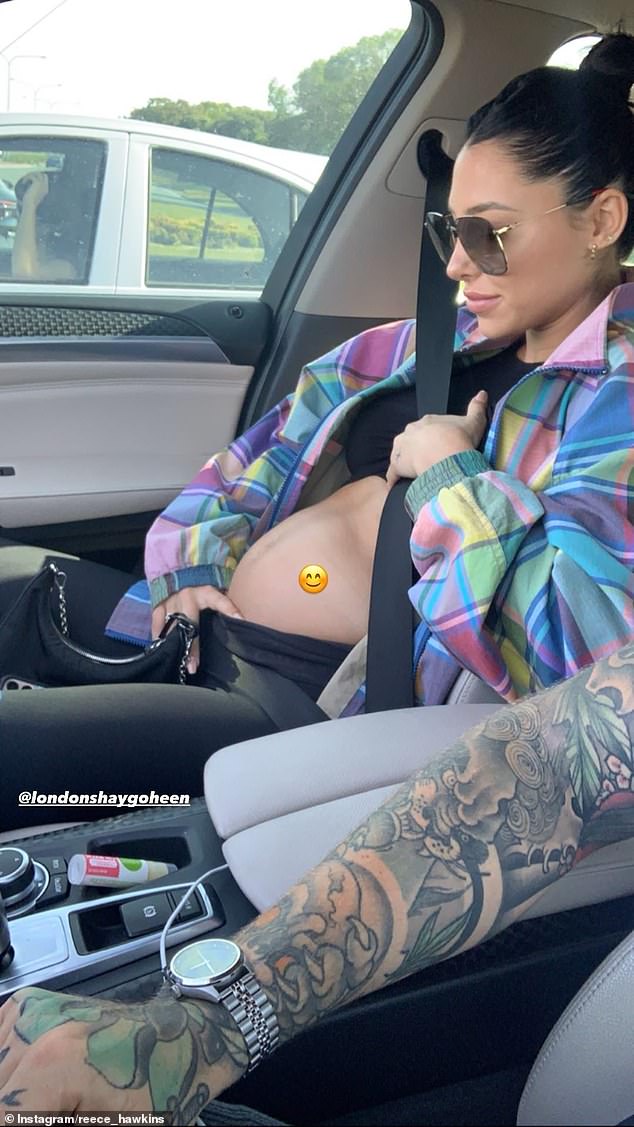 Blossoming! London recently showed off her growing baby bump as she went for a drive with her partner Reece 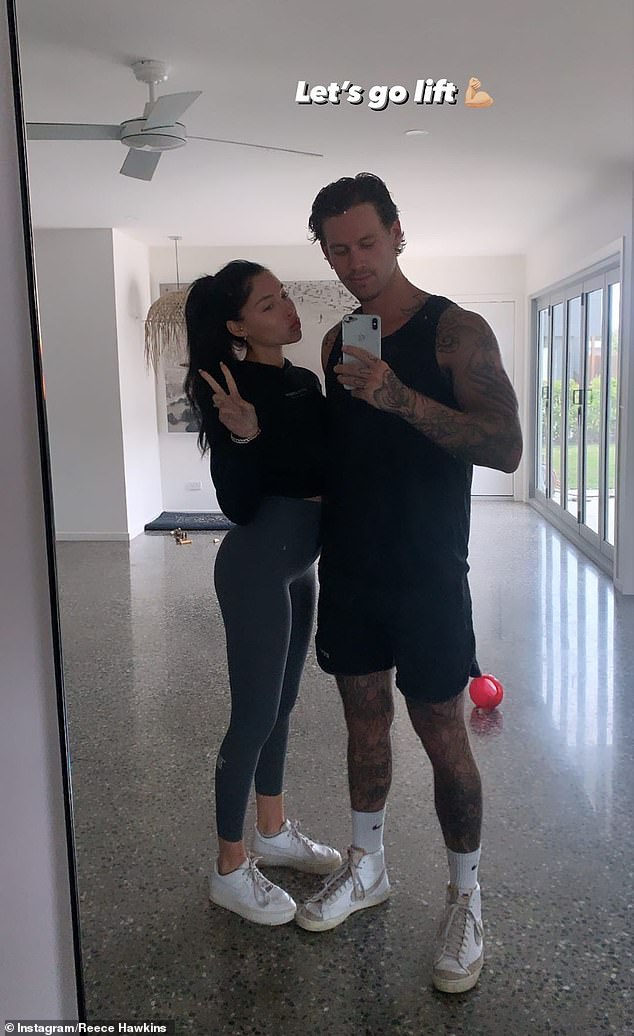 No charge! London was previously planning on charging her followers to see photos of her baby bump on OnlyFans, but on Thursday she gave her followers a peek at her pregnancy for free by sharing a photo of herself at the gym with Reece

She then posted a video of Reece lifting dumbbells in the gym, but she didn’t share any footage of herself.

London, who boasts 524,000 Instagram followers, copped backlash after revealing that she’s going to be charging fans $14.99 per month on the subscription service.

‘She’s literally charging people for her OnlyFans to view pics of her bump? What the f**k,’ one follower commented on London’s pregnancy announcement on Instagram.

Another wrote: ‘Wow sis is really charging $9.99 per month to see her pregnancy photos lol.’ 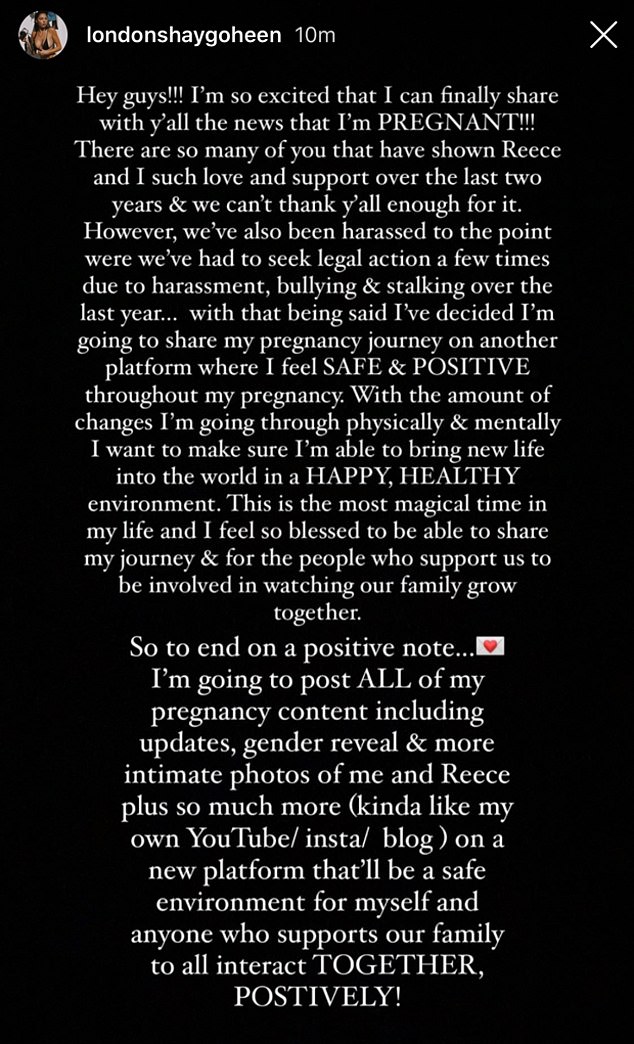 Backlash: London was SLAMMED recently for asking fans to pay $15 per month to see her baby bump on OnlyFans

One fan said that while she’s happy for influencer Reece, 25, and London, they just can’t comprehend coughing up the cash for the images.

‘Congratulations. I would love to keep track of everything for your pregnancy. Just like with your relationship to watch you guys grow together… But I don’t want to pay for an OnlyFans…’

However, another follower said that posting to OnlyFans is a good idea, saying it’s ‘so much safer and more secure!!’ 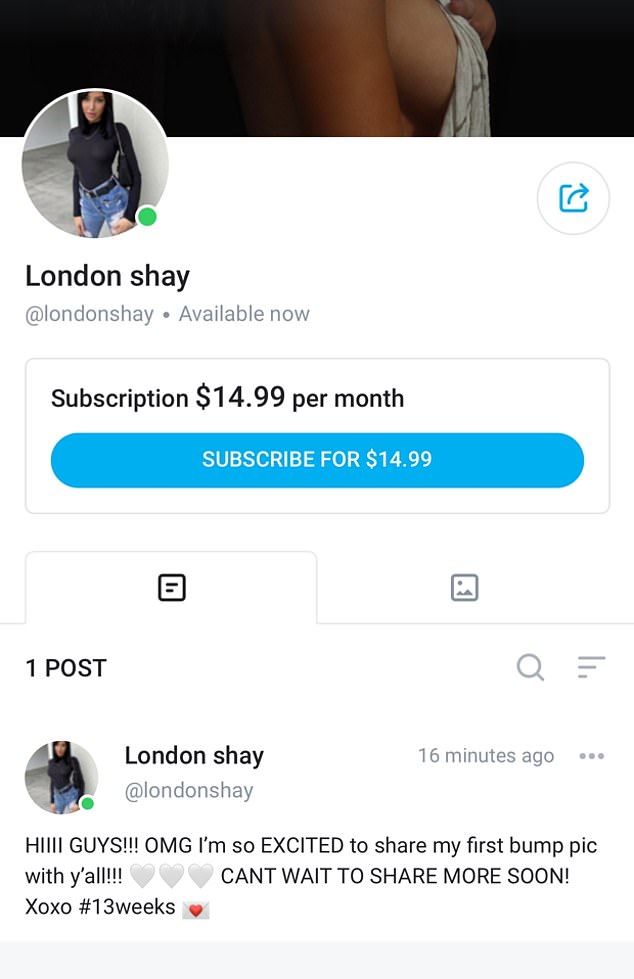 More secure: She said she made the decision to post on OnlyFans because over the years she and Reece have been ‘harassed to the point where we’ve had to seek legal action’

‘What the f**k’: The 22-year-old, who boasts 524,000 followers, copped backlash after revealing she’s going to be charging fans $14.99 per month on the subscription service

In a statement to Daily Mail Australia, London defended her decision to show off her baby bump on OnlyFans.

‘I have chosen to show detailed parts of my pregnancy on that platform because I’ve had to experience harassment and bullying for the last two years over my relationship with Reece,’ she explained.

‘I have 100 per cent control of my profile and what people have access to and comment on.

‘I never said it was compulsory. People can choose if they wish to subscribe or not. If people don’t like the idea of it or disagree with my decision then they don’t have to be involved… 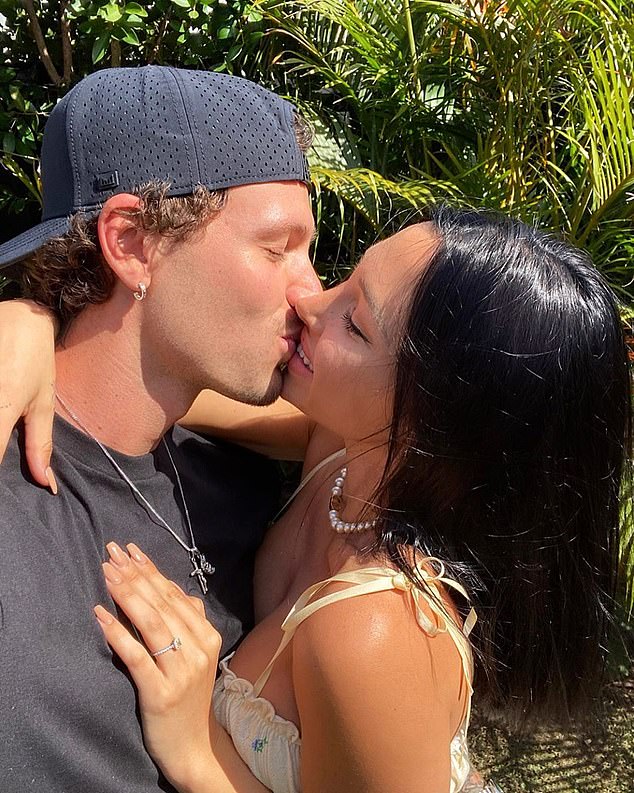 Baby joy! Reece and London recently announced that they’re expecting their first child together, just weeks after getting engaged