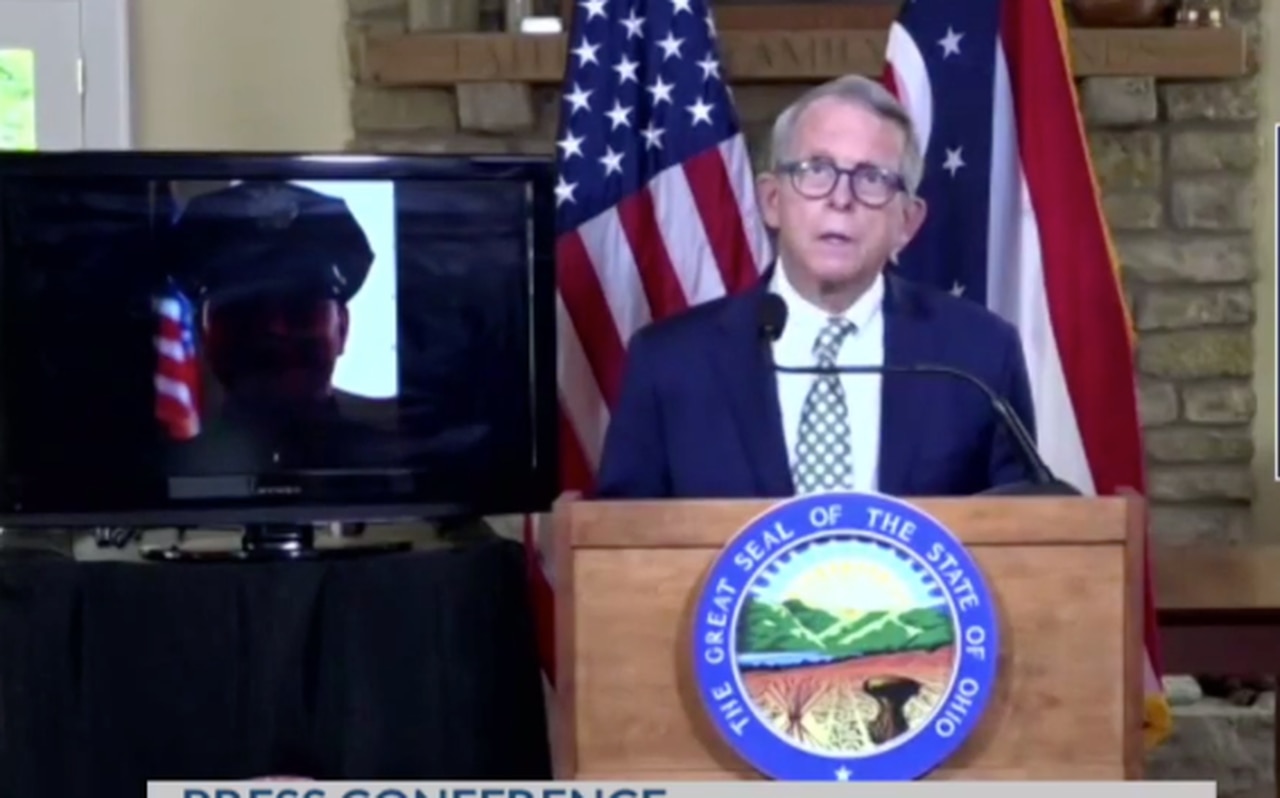 COLUMBUS, Ohio – Gov. Mike DeWine on Tuesday denied Internet rumors that the state intends to create “FEMA camps,” and that he has no intention of separating families.

“There’s just absolutely no truth in this,” he said during his Tuesday coronavirus briefing. “There’s no substance behind it. It’s just garbage.”

DeWine acknowledged that it’s rare for him to address internet rumors during his coronavirus briefings. Normally he packs in information about the virus, the state’s response, interviews with experts, his non-coronavirus policy goals such as gun bills and folksy stories behind the different college mascot ties he wears each day. But he said rumors about one of his latest public health orders got out of control, and he needed to address it.

An Aug. 31 public health order, titled “Director’s Second Amended Order for Non-Congregant Sheltering to be utilized throughout Ohio,” was the source of the rumor, said DeWine, a Republican.

DeWine said the order, although new, has history dating back to the beginning of the outbreak in Ohio. It is necessary to obtain federal funding for shelters for people who cannot be a home for risk of infecting others, he said.

He said the Federal Emergency Management Agency money has reimbursed the costs of putting up in hotels a handful of hospital workers when they couldn’t go home and put vulnerable family members at risk.

“Ohio FEMA Camps – Still More Questions Than Answers,” was the headline of a story written by Jack Windsor for the right-leaning Ohio Star.

Windsor was the first to describe the sheltering as FEMA camps, saying in an interview with Cleveland.com/The Plain Dealer that he made the conclusion after reading the order several times and questioning the governor at Thursday’s briefing about the matter. He also asked questions of DeWine’s spokesman, and a spokeswoman for the Ohio Department of Health in an attempt to better understand the order. At the time, he didn’t get the clarity he sought, he said.

From there, people online began to make their own conclusions.

“There were two or three stories I saw floating around online that weren’t mine,” Windsor said.

Specifically, state Rep. Nino Vitale, a Republican from Urbana, who has been a vocal critic of DeWine’s public health orders and wants to impeach him, wrote on his Facebook page that “concentration camps” are coming to the state.

Vitale wrote they will be for people who have just one home bathroom or when a child tests positive for COVID-19, “they will remove your child from your home,” he said.

“To suggest otherwise is fear mongering at its worst,” Obhof said in a statement. “This is one of the most patently offensive claims I have ever seen, and any public official who spreads this rumor is unfit for the office that he holds.”

DeWine was adamant that families are not going to be separated because of the virus in Ohio.

“Let me just say this is absolutely ridiculous,” he said. “It is not true. There is no intention to separate children.”

DeWine said on March 13, President Donald Trump declared a national emergency because of the pandemic. On March 20, Ohio and FEMA entered into an agreement in which Ohio could apply for emergency protective measures, including “non-congregate sheltering.”

“In other words, the federal government would help us pay for that, if that was needed,” DeWine said.

On March 31, President Donald Trump approved a major disaster declaration for Ohio, which the state asked for a day before.

Also on March 31, the Ohio Department of Health issued an order to comply with federal request requirements, including for non-congregate sheltering. That order was renewed April 29 and again on Aug. 31, DeWine said.

“So, the bottom line: Neither President Trump’s FEMA nor the Ohio Department of Health are going to set up FEMA camps for anyone to quarantine against their will,” he said. “What we are doing is making available a safe place for people to stay when they have loved ones they’re trying to protect and they have no other place to go.”

Gov. Mike DeWine to update the public on the coronavirus outbreak in Ohio: Watch live

All 4 Ohio Supreme Court candidates will participate in a virtual forum Oct. 9