Princess Eugenie’s husband cut a casual figure as he was spotted hanging out at Little House in Mayfair with Jacobi Anstruther-Gough-Calthorpe and a female companion on Wednesday.

Jack Brooksbank, 34, looked stylish in a crisp white shirt and a pair of faded black jeans, and could be seen clutching his phone as he appeared to take a call outside of the venue.

Meanwhile, Jacobi, 37, who went to prep school with Prince William, could be seen having a cigarette break with a female before heading back inside the venue – where they spent the rest of the evening.

The pair looked in high spirits and put on a very tactile display as they hugged and exchanged conversation on the pavement. 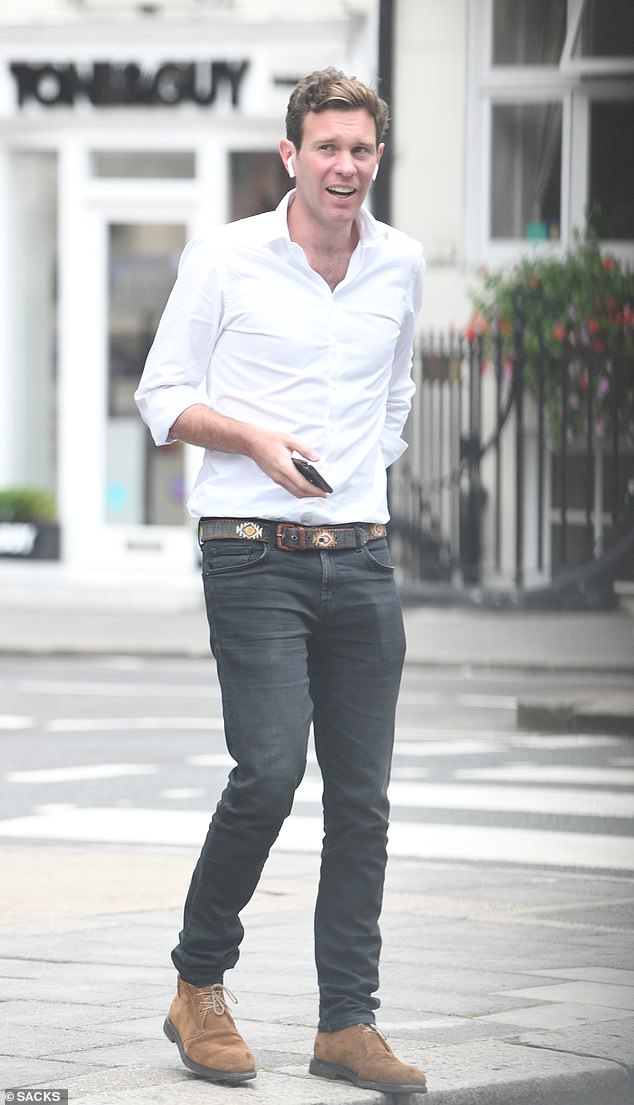 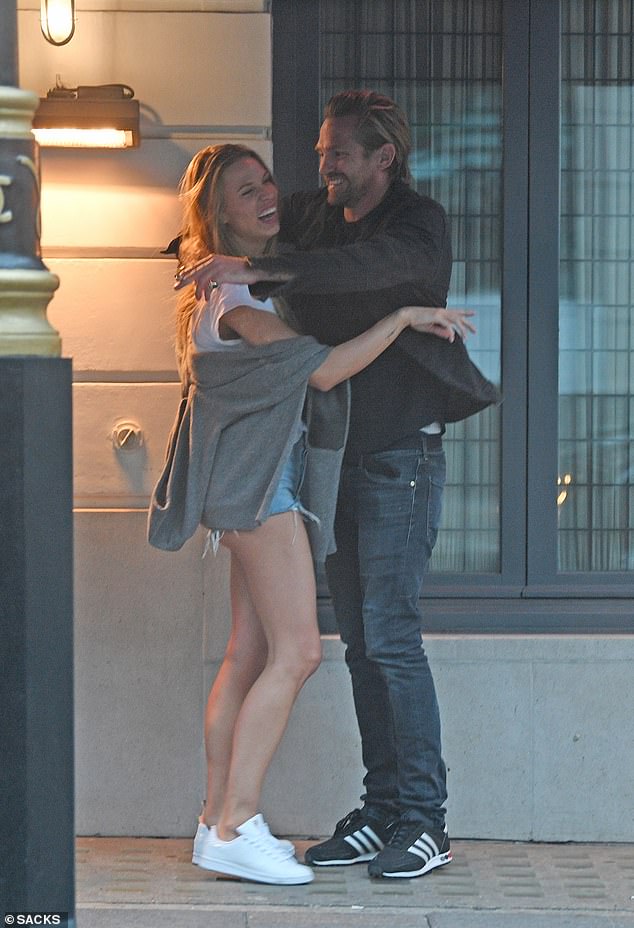 Jacobi opted for a relaxed look in a pair of denim jeans, Adidas black trainers and a black jacket, while his female companion opted for denim shorts, a plain white T-shirt and a jumper.

Princess Eugenie and Jack returned to their Kensington Palace home Ivy Cottage in June after spending lockdown with Eugenie’s parents Sarah Ferguson and Prince Andrew at the Royal Lodge in Windsor.

Jacobi came close to being related to the royals by marriage. One of his sisters, actress Cressida Bonas (they share the same mother, former 60s IT Girl Lady Mary-Gaye Curzon), is well-known for having dated Harry for two years.

She recently tied the knot with her old university sweetheart Harry Wentworth-Stanley, the son of the Marchioness of Milford Haven, in a small ceremony at Cowdray Park in West Sussex. 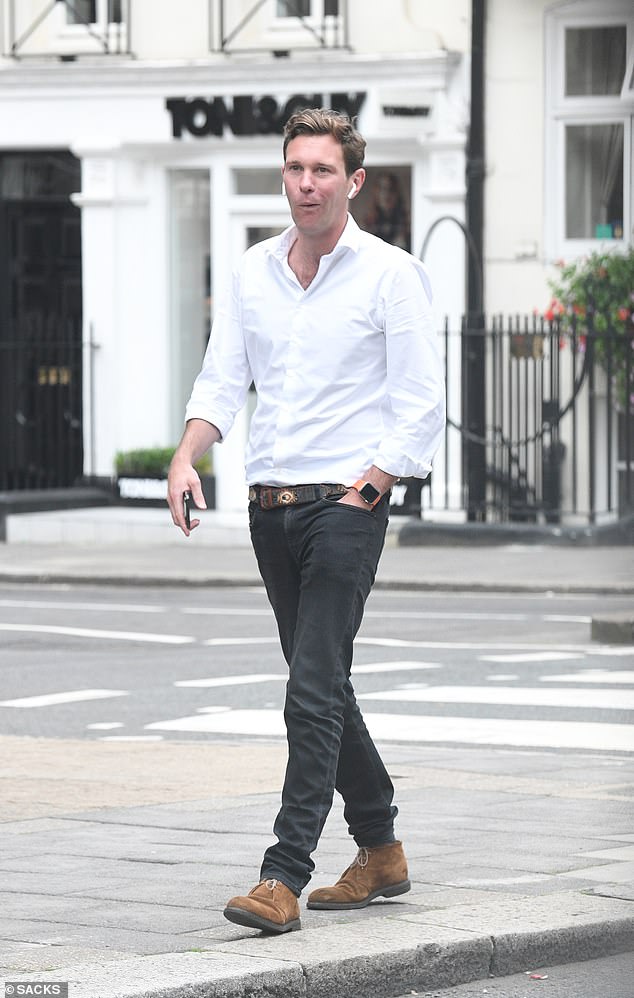 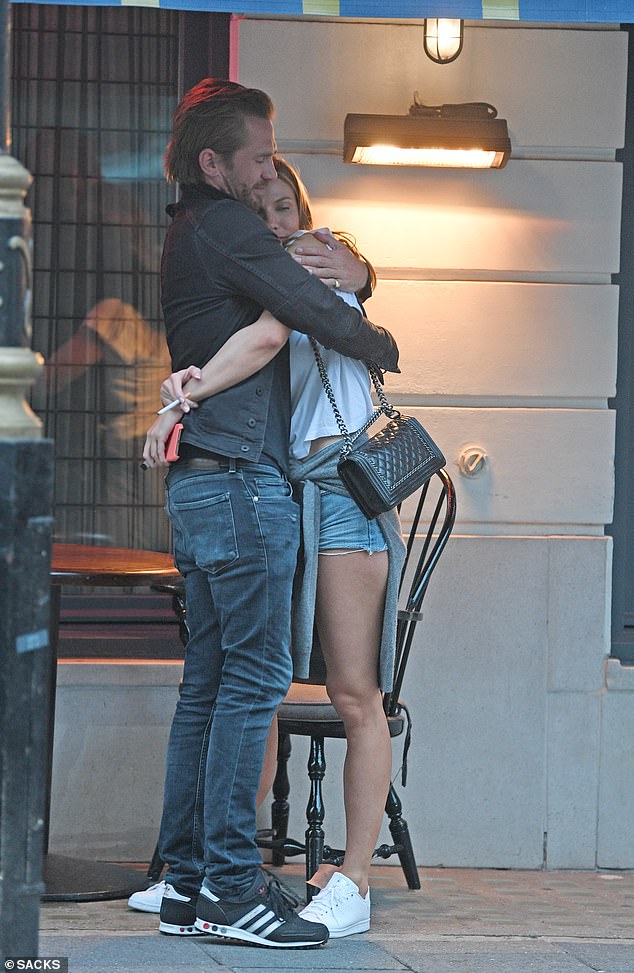 Jacobi, who went to prep school with Prince William, opted for a relaxed look in a pair of blue denim jeans and black trainers (pictured) 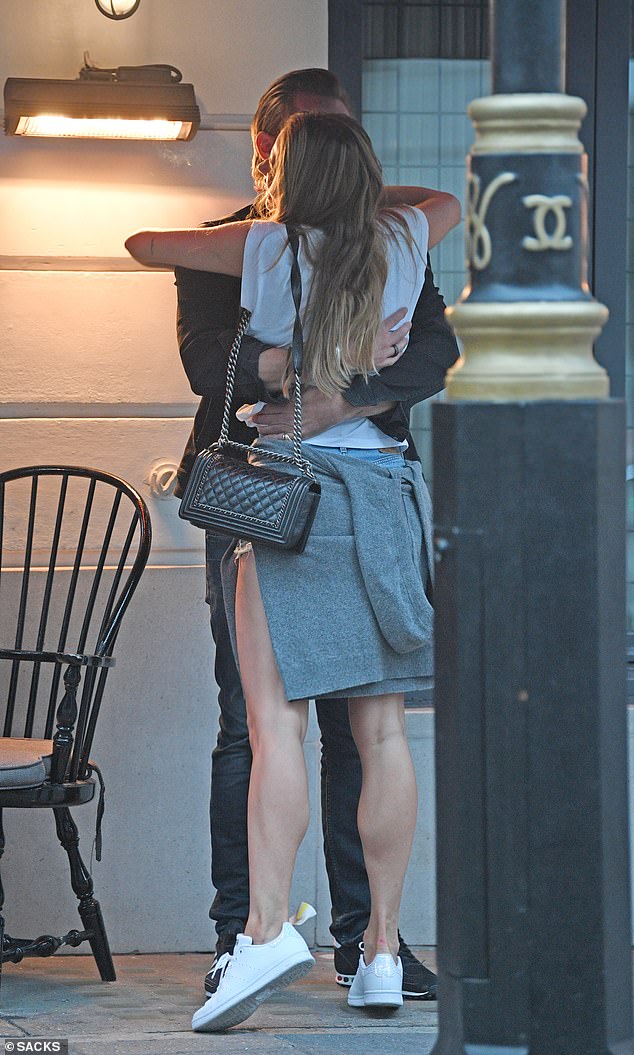 Jacobi could be seen offering a warm embrace to the female companion, who he cuddled on the pavement outside of the venue 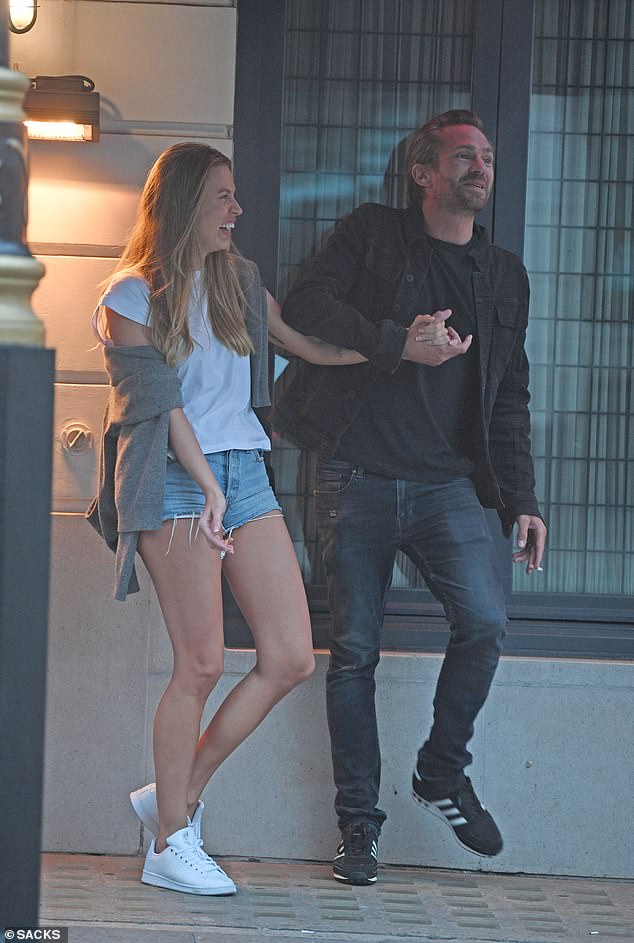 Jacobi posted an image on Instagram of them riding into the sunset on horseback. Another of his sisters, Isabella, is married to Sam Branson, Richard’s son.

The former city worker has previously spoken openly about how tough being in the public eye is for his beloved sister, and how she coped with the attention while dating Prince Harry.

He told Evening Standard: ‘She’s not a tough cookie at all. She’s a very sensitive, sweet girl, all my family are — they’re incredible.

‘It’s challenging, you can’t deny it. It’s not something that is easy for anyone dating a royal or marrying into the family or anyone in the royal family themselves. I think on some level it is different to any other type of fame.’

Jacobi, who is the only male among Cresida’s siblings, previously worked as a DJ and club organiser following a career as a financier, before moving into the world of sound technology – having founded an ‘audio advance’ called IRIS in 2018.