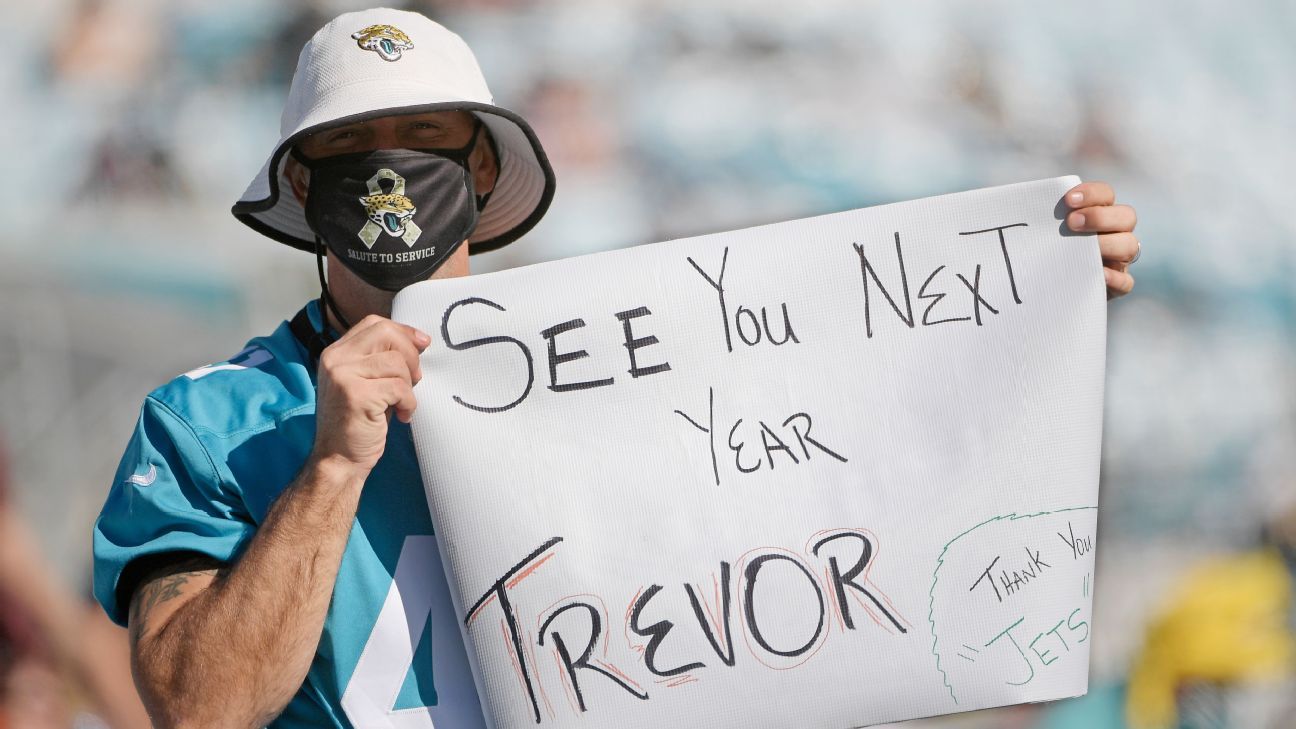 JACKSONVILLE, Fla. — Potentially the greatest moment in the history of the Jacksonville Jaguars came on the same day they set a franchise record with their 14th consecutive loss after a 41-17 loss to the Chicago Bears.

The loss, coupled with the New York Jets‘ victory over the Cleveland Browns, means the Jaguars (1-14) have clinched the No. 1 pick in the 2021 NFL draft — which they all but certainly will use to select Clemson quarterback Trevor Lawrence.

Lawrence instantly would become one of the biggest stars the franchise has ever had. The Jaguars have had outstanding players: Offensive tackle Tony Boselli is a perennial Hall of Fame finalist; running back Fred Taylor was one of the best backs of his generation and 17th on the NFL’s all-time rushing list; receiver Jimmy Smith had seven straight 1,000-yard seasons.

But they’ve never drafted anyone remotely like Lawrence, who has played in two national title games with Clemson, winning one as a freshman, while going 38-1 (and counting) as a starter. He’s regarded as the best quarterback prospect since Andrew Luck in 2012.

The Jaguars missed on first-round quarterbacks picks Byron Leftwich, Blaine Gabbert and Blake Bortles. And their signing of Nick Foles to a franchise-record $50.125 million guaranteed deal in 2019 will go down as one of the biggest mistakes in franchise history.

The Jaguars gave Gardner Minshew II this season to prove he could be the team’s long-term starter, but he struggled with the same things he did as a rookie: comfort in the pocket, arm strength, finding open receivers and working the middle of the field.

Poor QB play, opt-outs, injuries, a shortage of talent, and a bit of bad luck have resulted in 14 consecutive losses — and now a potential turnaround with Lawrence in 2021.