Jill Biden lashed out at Donald Trump Wednesday morning, claiming he is to blame for the chaos in America even though the president continues to push the narrative that Joe Biden would exacerbate the issues stemming from the pandemic.

The lifelong educator was speaking from a classroom as she discussed education in the time of coronavirus.

She railed against Education Secretary Betsy DeVos, claiming her husband’s first initiative when it comes to schools will be appointing someone who has worked in public education their whole life.

‘It doesn’t surprise me coming from Betsy DeVos,’ Biden said when asked about an apparent lack of national strategy on education in the time of coronavirus. 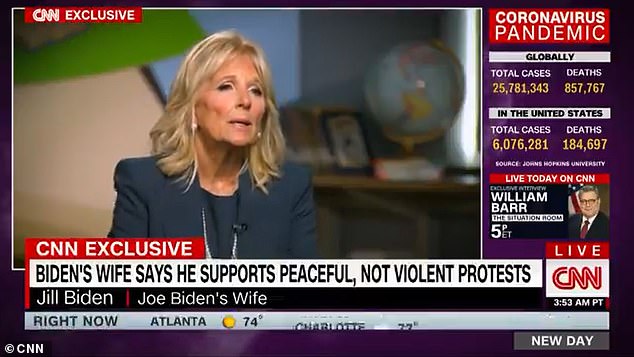 ‘We are in Donald Trump’s America’: Joe Biden’s wife Jill, a lifelong educator, said Wednesday that President Donald Trump is to blame for the ‘chaos’ in American schooling during the pandemic 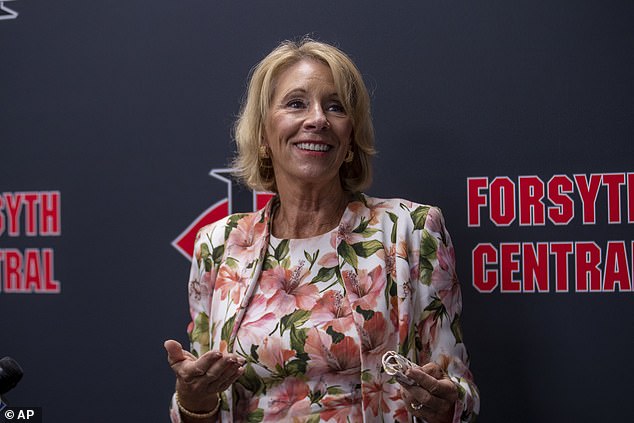 ‘Joe Biden will listen to the educators,’ the former second lady insisted.

She also said if her husband is elected president, he will bring ’empathy’ and hope to the Oval Office.

Biden was shown a viral image of a kindergartener crying into his shirt at his computer because his mother claimed he was ‘frustrated’ with online learning and sad that he could not see his friends in person.

‘What is your message to boys like this one, his mother – and of course he speaks for millions?’ CNN’s senior global affairs analyst Bianna Golodryga asked Biden.

‘My message is when Joe Biden is elected that he won’t be sitting there crying,’ she assured. ‘He will be sitting there with his laptop with a smile on his face. Joe has empathy, he understands what families are going through.’

She did not propose why the child would be happy in a Biden America other than claiming her husband ‘understands’ the struggle.

Schools have been closed since the spring, and many were hopeful of full reopenings in the fall.

Many schools are operating on a partial in-person and partial remote learning structure. 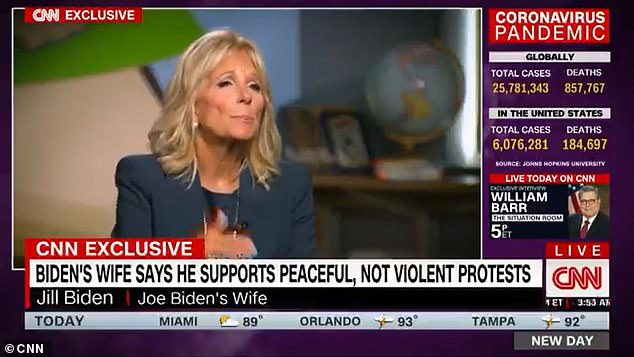 Jill said her husband would bring ‘hope’ to students, teachers and parents and she responded to a viral image of a kindergartener crying because he could not go back to school and had to learn at a computer 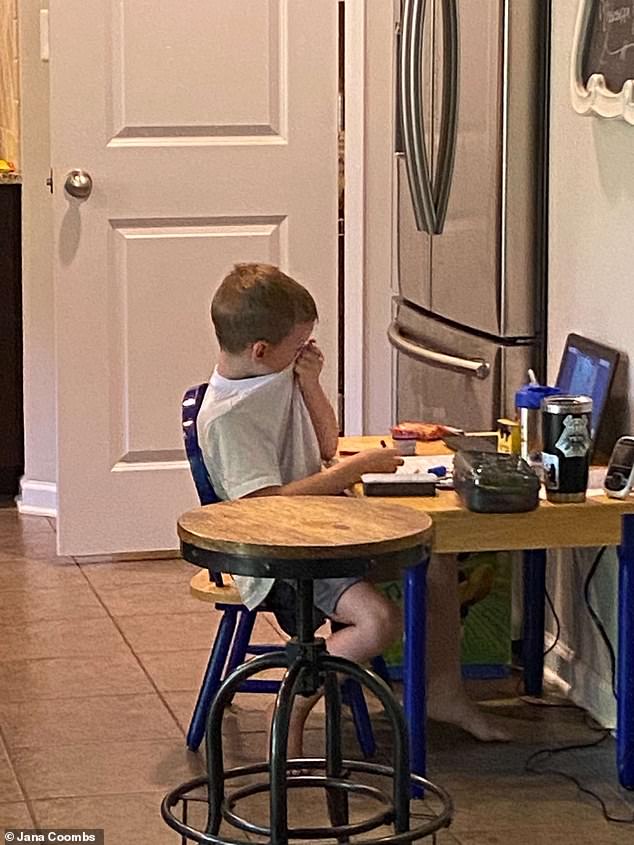 ‘When Joe Biden is elected… he won’t be sitting there crying,’ Biden assured. ‘He will be sitting there with his laptop with a smile on his face. Joe has empathy, he understands what families are going through’

Trump has demanded that schools fully reopen and students get back into the classroom full time – and even threatened early this summer to withhold funding from schools that do not do so.

Parents have shared concerns and hurdles in remote learning – including the fact that their children are now home either full-time or part-time and they have had to take time from work to accommodate to that new normal.

Others in the community have expressed worry over other issues stemming from not being in school, like an increase in domestic violence and abuse.

Jill Biden admitted those issues are evident, claiming educators demand more mental health experts now that students are returning to the classroom and bringing some of these new issues with them.