A former champion jockey has drowned after trying to swim 500 metres when he was forced to abandon a sinking boat.

Former Jockey Keith Watson was with three friends on a vessel off the coast of Broome, in Western Australia, in the early hours of Monday when the boat began taking on water.

The men, all aged in their 70s, desperately made radio calls at 12.45am to alert authorities the vessel was sinking. 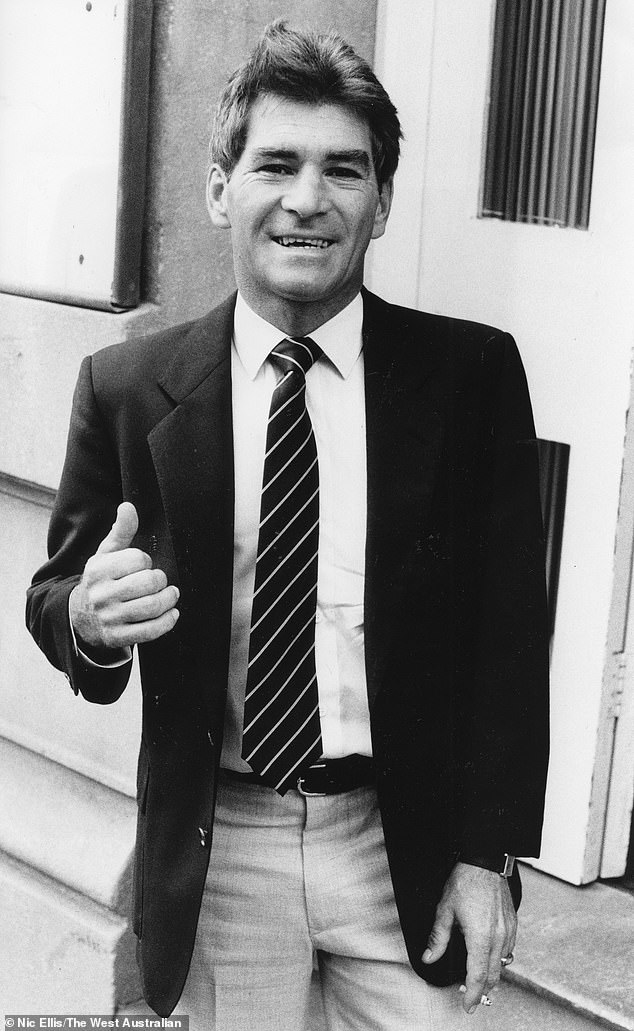 Former Jockey Keith Watson (pictured in 1985) was with three friends on a vessel off the coast of Broome, in Western Australia, in the early hours of Monday when the boat started to sink

Police made contact but soon lost communication and the men abandoned the vessel.

WA Police said the men couldn’t access the tender that was attached to the vessel as it began to sink, The West Australian reported.

All of the men jumped off the boat, with three heading to another one nearby while Mr Watson attempted the 500m swim back to shore.

While the three other men survived, Mr Watson drowned while making the desperate journey back to shore.

Volunteers from the Broome Marine Rescue found his body a short time later near Cable Beach.

‘The group had been sailing up and down the Kimberley region for the last couple of weeks,’ he said.

The three surviving men were ‘shaken up’ and were shocked when they noticed how quickly the boat started to sink.

Mr Watson was a champion jockey in Western Australian throughout the 1970s and 80s, riding Heron Bridge to victory in the Newmarket at Flemington in 1984. 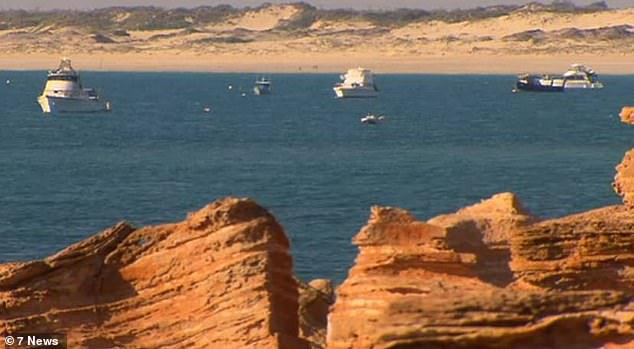 The men, all aged in their 70s, desperately made radio calls at 12.45am to alert authorities the vessel had started ‘taking on water’ (pictured where the boat was parked)

He then embarked on a racing career in Mauritius where he became a successful businessman after retiring.

Close friend and former jockey Bernie Ryan said he had lost a great friend in a ‘tragedy’.

‘He was a very good jockey and a terrific person,’ Mr Ryan said.

‘He was just a really decent person, a great rider and a thorough gentleman. He will be sadly missed. This will be a shock to the whole racing industry.’

The three other men remain in hospital with minor injuries.

None of the men wore lifejackets.

The Department of Transport will also prepare a maritime safety investigation report.