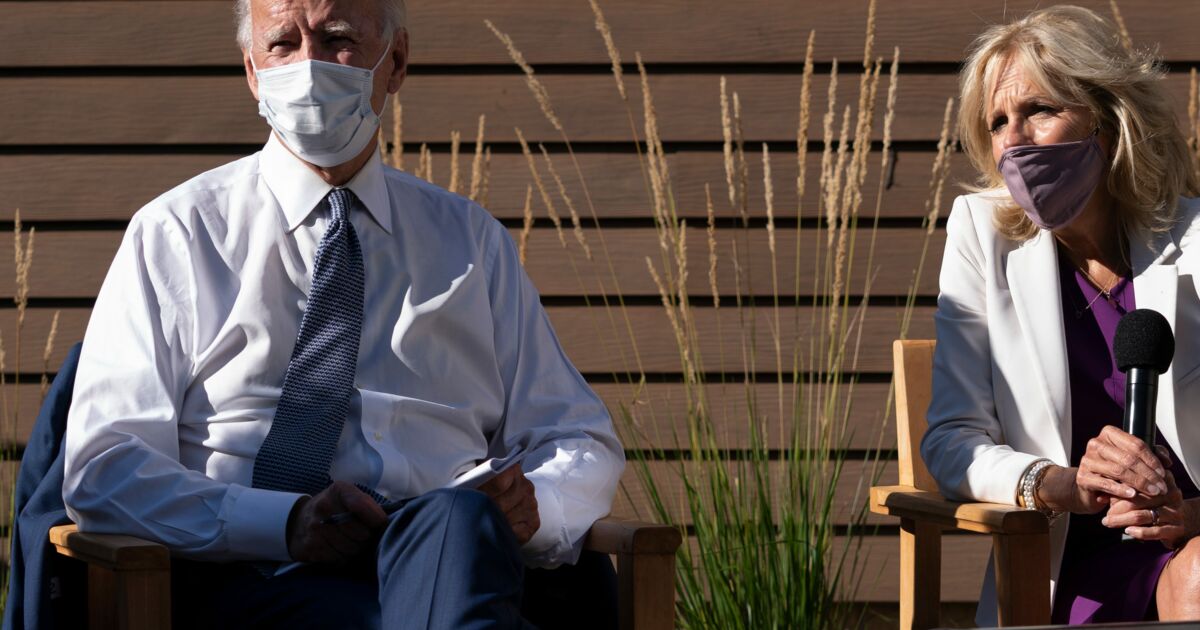 President Donald Trump entered the 2020 election with high hopes of maintaining his numbers in the Midwest and flipping several blue states to the Republican column. But a recently released set of polling conducted by the New York Times and Siena College from Sept. 8-11 among likely voters showed continued strength for Joe Biden.

The former vice president leads the incumbent president in Wisconsin, a state critical to Trump’s re-election hopes, along with Minnesota, Nevada, and New Hampshire, states where Trump wants to make inroads, especially with suburban voters.

In Wisconsin, Biden leads Trump 48%-43%, with a sample size of 760 respondents. Wisconsin, which had consistently voted for Democratic presidential nominees from 1988 to 2012, went for Trump by a slim 0.77% margin in 2016. Trump has made the civil unrest in Kenosha following the police shooting of Jacob Blake a focal point of his law-and-order messaging, but he’s lagged in the polls in the state for months. The most recent Real Clear Politics polling average for Wisconsin from Aug. 21 through Sept. 10 shows Biden ahead 49.6%-43.3%.

In Nevada, Biden is ahead of Trump 46%-42%, with a sample size of 462 respondents. Nevada, a state that has swung dramatically towards the Democrats in recent years, boasts a sizeable percentage of white voters without college degrees, a demographic that plays to Trump’s strength.

But Nevada is now a majority-minority state, with a long tradition of organized labor, which bodes well for Biden’s chances. While Biden has been ahead in the limited amount of polling coming from Nevada, the Trump campaign will continue to compete hard there.

Minnesota, a state which has gone Democratic on the presidential level since 1976, has the largest lead for Biden (50%-41%, with 814 poll respondents) out of the four states polled. Trump has sought to capitalize on the unrest in the state following the murder of George Floyd, but he is still behind. Hillary Clinton, however, only won Minnesota by 1.5% in 2016 and the Trump campaign insists that the state is winnable this year, especially with the continued drift of the state’s rural voters away from the Democratic party.

Biden is in a strong position as a challenger to the incumbent president, but polling from the four states revealed some numbers that both campaigns will be parsing over going forward.

“In the four swing states polled, Mr. Biden’s advantage comes from a combination of strong support from women, people of color and whites with college degrees, though he is also performing better among male voters and less-educated white voters than Mrs. Clinton did four years ago,” The Times reported.

The Times/Siena polling showed Biden ahead of Trump 60%-28% in urban areas and 50%-39% in suburban areas, while Trump leads 50%-40% in rural areas. Notably, the polling across the four states also showed Biden winning the overall white vote 47%-44%, with a sample size of 2,004 respondents. Democrats have struggled to win or break even with white voters in national elections since the late 1960s, so this would be notable development for the Biden campaign.