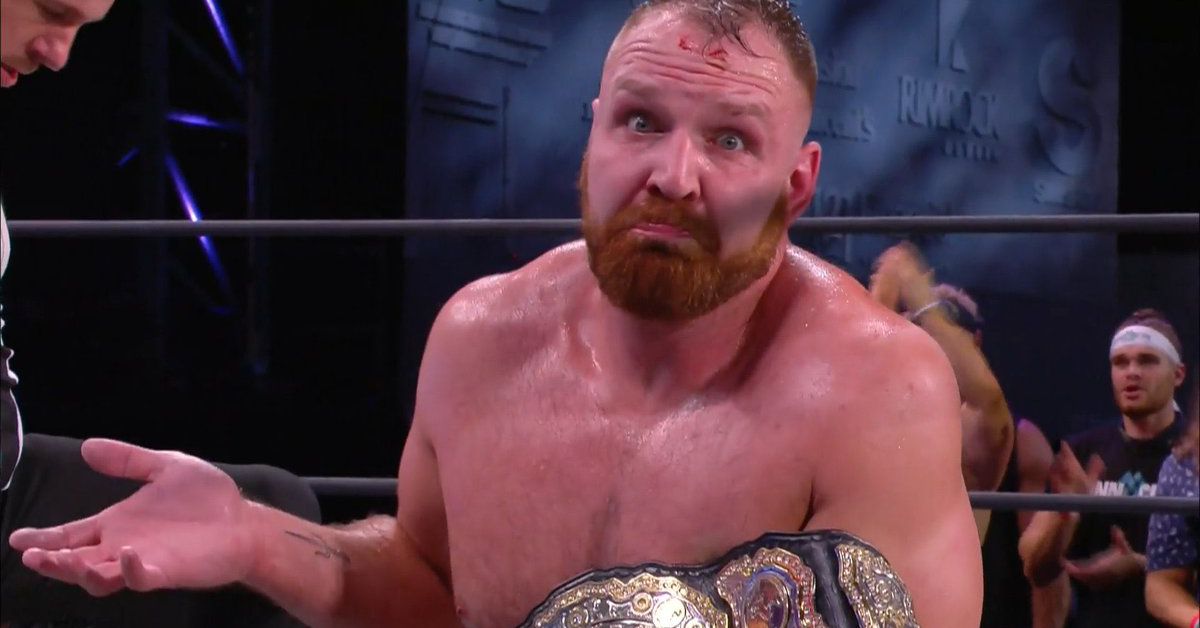 Jon Moxley outsmarted MJF in the main event of All Out to retain the AEW World Championship and continue his reign at 190 days and counting. After the victory, Moxley sat down for a media scrum to address future plans for his wife, closing thoughts about MJF, and defending the title around the world.

Moxley’s portion begins at the 5:52 mark.

Being that Renee Young parted ways with WWE last month, her future is a hot topic. The first question of the scrum attempted to get any insight from her husband about if she could end up in Moxley’s corner for a title fight in AEW anytime soon. Moxley explained her status and hopes she’ll venture outside for a mainstream gig to become his sugar mama.

“I don’t think she wants to get anywhere near my corner. She don’t like blood and shit. But, right now, the thing with that is that she has an extensive no-compete clause to go to another wrestling company. But it’s definitely not out of the realm of possibility. It wouldn’t surprise me at all for her to do, as jack of all trades, for her to pop in and do something. Be a presenter or a host or something. I mean she’s backstage. She was sitting in the crowd tonight, so she’s around. If It wasn’t for that no-compete, she could have popped on camera tonight if she wanted to.

“But ultimately, her main goals and interests lie kind of outside of wrestling, but I expect her to kind of have her toe dipped in because she’s so ingrained in wrestling and so many wrestling fans follow her. So, I assume she’ll have her toe dipped in some way. I want her to get that Katie Couric Good Morning America gig, so I can just have a sugar mama, ya know?”

It sounds like the world will be Renee’s oyster. Let’s all hope she snatches the pearl. At least, she’ll still be open to popping in and out of the wrestling world. If Cody Rhodes ever dances with Moxley in AEW, it is nice to know that the threat of Renee will be looming large if Brandi gets too involved.

Moxley provided closing thoughts about his latest challenger. There is a simple lesson to be learned by MJF. Cheaters never win.

“Obviously, he got a long way to go. The thing we learned tonight, it’s very simple. Cheaters never win. You don’t win championships by taking shortcuts.

“He was outwrestling me at times out there. He was sticking to his game plan perfectly. He had my arm all messed up, shoulder popped out of its socket. If he had just sucked it up and stuck to his game plan, he might have walked out as world champion tonight. But he tried to take a shortcut, and that just never works out for you when you take shortcuts.

“It’s like the things your parents taught you that you never listen to. Measure twice, cut once. Always break down your cardboard. Stuff like that.

“But as I said before, he’ll be on top of this company long after I’m gone.”

That’s a smart way to put over an opponent in defeat. MJF did have Moxley on the ropes, and the champ had to resort to a banned move for victory. Who knows what the outcome would have been if MJF displayed greater intestinal fortitude. I hope one day MJF sheds off his cheating ways and becomes an unstoppable force in the ring. I think that will be when his career turns the corner on the way to greatness. Right now, as much of a prodigious talent as MJF is, he still lacks the threat of putting fear into an opponent.

Also at All Out, Hikaru Shida was victorious in a dream match against NWA Women’s Champion Thunder Rosa. The idea of talent sharing caught Moxley’s interest. Before the coronavirus pandemic struck, he was interested in defending his title all over the world. Europe, Australia, Japan, wherever. He’d also love to work with NWA, ROH, and Impact. One likelier scenario would be with New Japan Pro Wrestling.

“I’m not shy about the fact that I wish we had some type of agreement with New Japan. I’m obviously still part of that roster. I think there’s a lot of benefits, I’m not saying, we’re obviously different companies with different products and different business plans, so it’s not like we got to be married at the hip or anything like that.

“But, you know, maybe a New Japan guy pops up for here or there or some of our young guys go over and do a Super Junior tournament to gain experience. I think that would be great for everybody. So, I’m all about that. I’ll take this belt anywhere they want me to take it.”