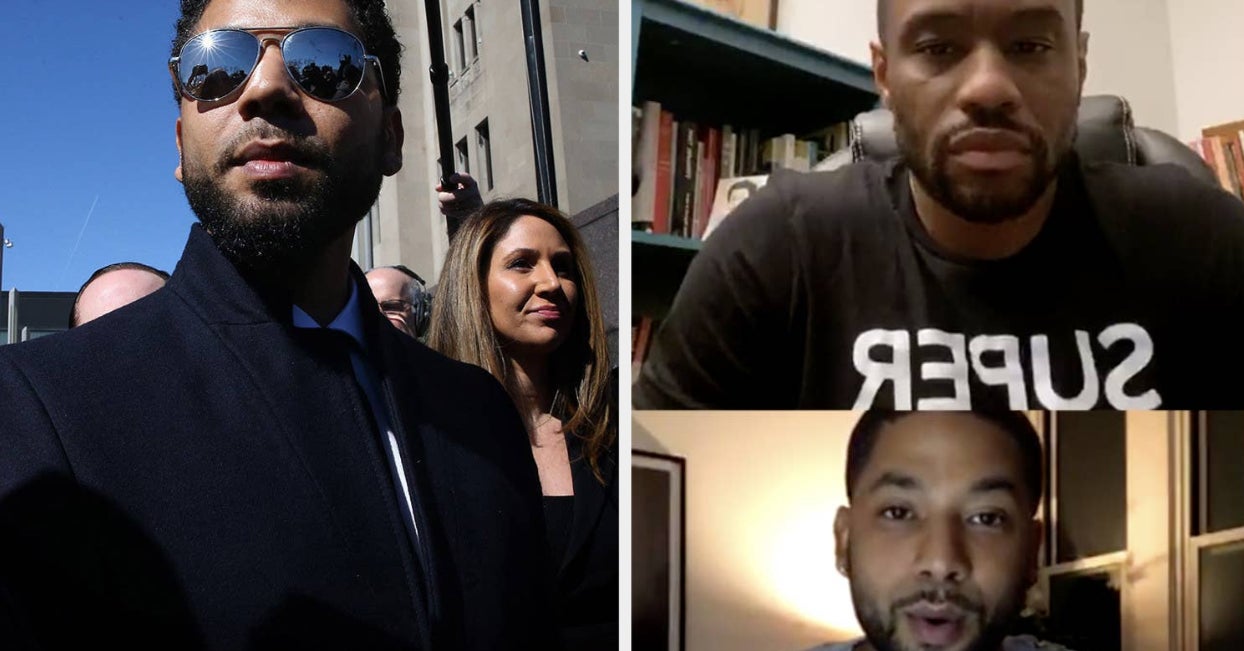 Former Empire star Jussie Smollett is speaking out and denying claims that he orchestrated a hoax attack against himself as his lawyers call for charges against him to be dropped.

During a live conversation on Instagram with writer and activist Marc Lamont Hill, the 38-year-old said “there would be no reason for me to do something like this.”

“I have a hard time kind of starting to say that, because I don’t want to appear like I’m trying to convince people,” he said. “But at the end of the day if we’re really keeping it real — kinda are.”

In January of 2019, Smollett was at the center of a high-profile incident when he claimed to be the target of a racist and homophobic attack in Chicago. Smollett told police that his attackers yelled “this is MAGA country” as they put a noose around his neck and poured a chemical substance on him.

The incident was decried by several celebrities including Empire creator Lee Daniels, who rallied to support the actor.

A month later, Smollett was arrested and later charged by the Chicago police department for providing false information. This charge was further expanded when a grand jury elected to indict the actor on 16 felony charges, all of which were dropped in exchange for him forfeiting his $10,000 bond and agreeing to two days of community service.

In another dramatic turn, in February of this year, Cook County special prosecutor Dan Webb was selected by a judge to revisit the case. Smollett was charged by a grand jury with six counts of disorderly conduct for making false reports to police, to which he pleaded not guilty.

On Thursday, a judge will hear arguments from Smollett’s lawyers and decide whether to drop the indictment against him.

When asked by Hill about the possibility that the entire ordeal would be coming to an end, Smollett expressed doubts and suggested that there was a wider agenda to make an example out of him.

When asked about the involvement of the Osundairo brothers, the two men who were identified as persons of interest and allegedly told police that they were paid by Smollett to stage the attack, Smollett declined to comment in full, citing the open nature of the case.

He said: “All I can say is that they were in there for 47 hours, they continued to say that I had absolutely nothing to do with it and then they changed their story at the last minute.”

Davis is among a list of signatories to an open letter of support for Smollett, which was published in the Grio and described the case as a distraction.

The letter said: “We’ve seen this before. We stand with Jussie and all persons targeted by hate crimes, police misconduct, and the Trump administration. Please join us. Let us vindicate Jussie Smollett and all those subjected to state-sanctioned violence and repression.”

Smollett described the ongoing situation as “bullshit,” and called on skeptics to look more critically at the Chicago police department’s record, as referred to in the open letter signed by activists.

“The information is not that hard to find if you actually look for it and the letter that so many of these brilliant activists and artists have put together, it really does lay it out so there’s really not a lot that I need to say, if people just go and read,” he said.

A recent investigation led by Webb into how the original case against Smollett was handled found “substantial abuses of discretion and operational failures” by Cook County officials.

His request to have its entire content released was denied by a judge due to the grand jury material that will remain sealed.