Kaia Gerber and Jacob Elordi are in separable after going public with their romance earlier this week.

The couple enjoyed another date in New York together on Wednesday where Elordi revealed his zany taste in clothes wearing a pair of jeans emblazoned with colorful graphic design.

The duo sat outside as they dined together with pals and chatted into the evening, looking content and happy for the world to know about their blossoming relationship. 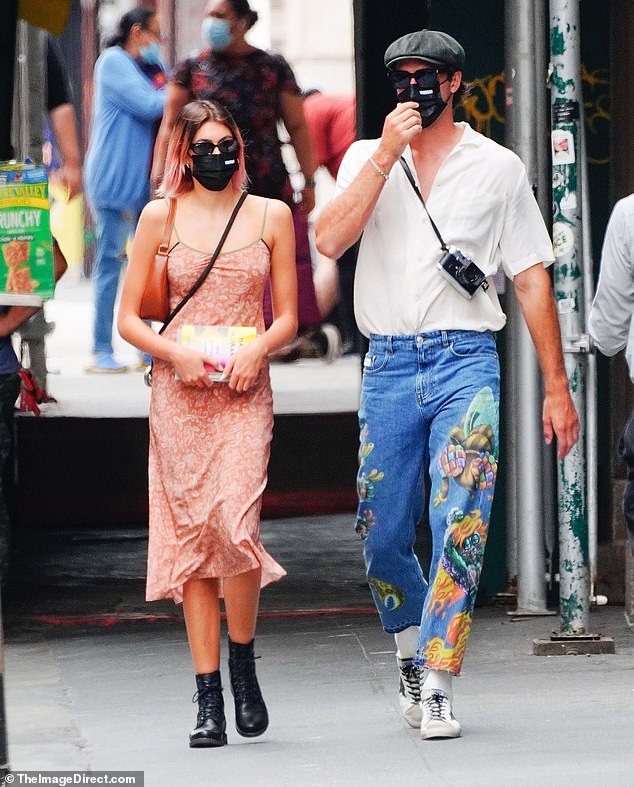 The 19-year-old Vogue supermodel wore a pretty peach slip dress and lace-up boots for the outing while showing off her pink-tinged locks.

The Euphoria actor wore his colorful denim with a cream shirt and baker boy cap.

Since their first public display of affection on their way to dinner earlier this week they have been spotted holding hands since then. 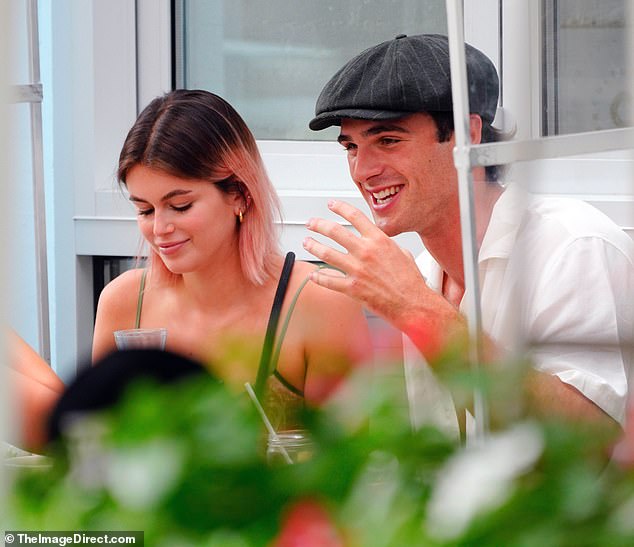 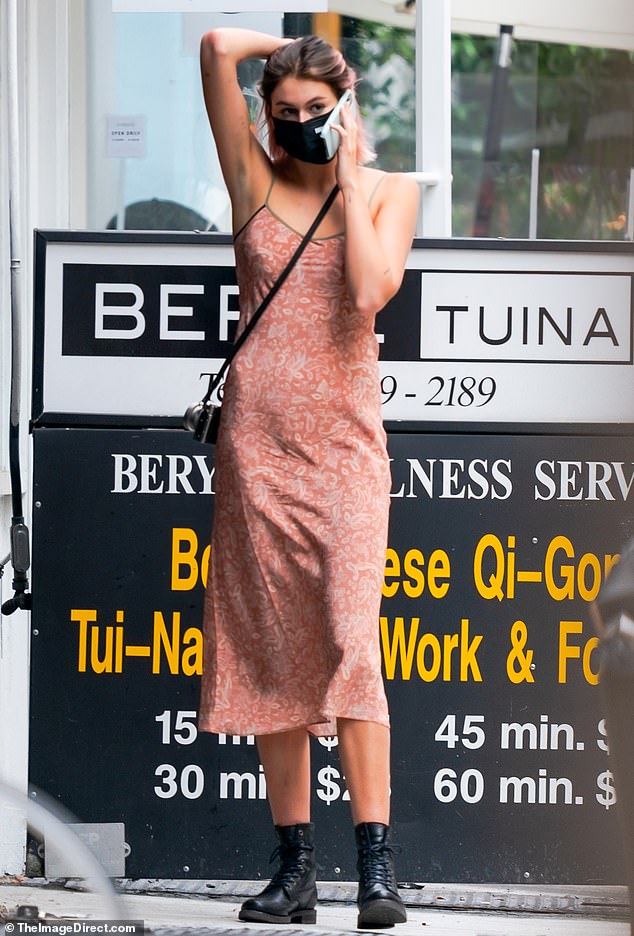 Model behaviour: Kaia looked great in a slip dress and lace-up boots as she took a phone call

On Tuesday evening the duo proved they are indeed an item as they not only held hands but also put their arms around each other.

The lovebirds were spotted on their way to a cozy al fresco dinner for two.

The pair seemed to be very into each other as they could not keep far apart during the stroll through the city.

News of their romance spread like wildfire earlier this month. 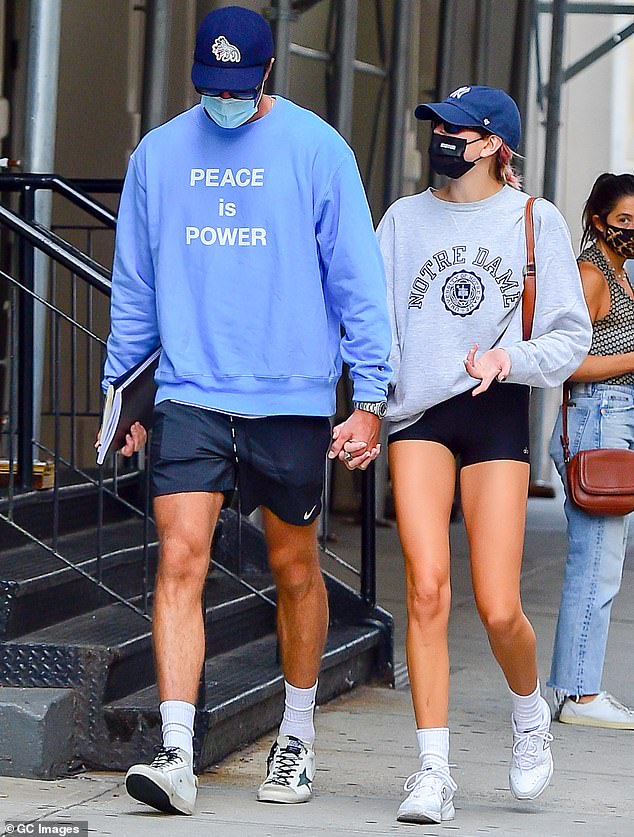 Romance: The couple held hands during an outing on Friday

The two were seen out in the city by various people, with one follower submitting a photo of the couple holding hands.

The lookers were then seen hanging out Washington Square Park, followed by dinner at Bar Pitti. ‘I just saw Jacob Elordi and Kaia Gerber on a date in nyc and the beauty those two hold’ a fan tweeted.

Jacob has been linked to his former Euphoria co-star Zendaya and Joey King, whom he starred with in The Kissing Booth. 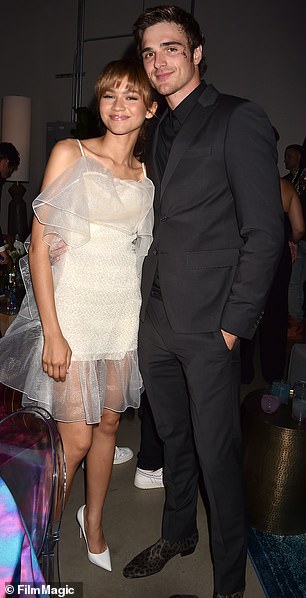 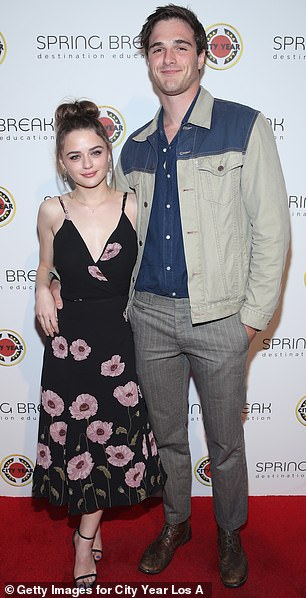 Romantic past: Jacob has been linked to his former Euphoria co-star Zendaya (pictured in 2019) and Joey King (seen in 2018), whom he starred with in The Kissing Booth

Jacob and Zendaya first landed at the center of dating rumors after they were spotted on a getaway to Greece back in August 2019.

While the two never announced their relationship, a source confirmed the actors were indeed dating in an Us Weekly report in February 2020.

Jacob’s recent outings with Kaia have sparked speculation his relationship with Zendaya has ended.

Kaia was previously in a relationship with SNL star Pete Davidson, but recently landed at the center dating rumors with fellow model Cara Delevingne when the duo were spotted affectionately embracing at a Black Lives Matter rally in July.

Not only that, but the women also got matching ‘Solemate’ tattoos on their feet in August. 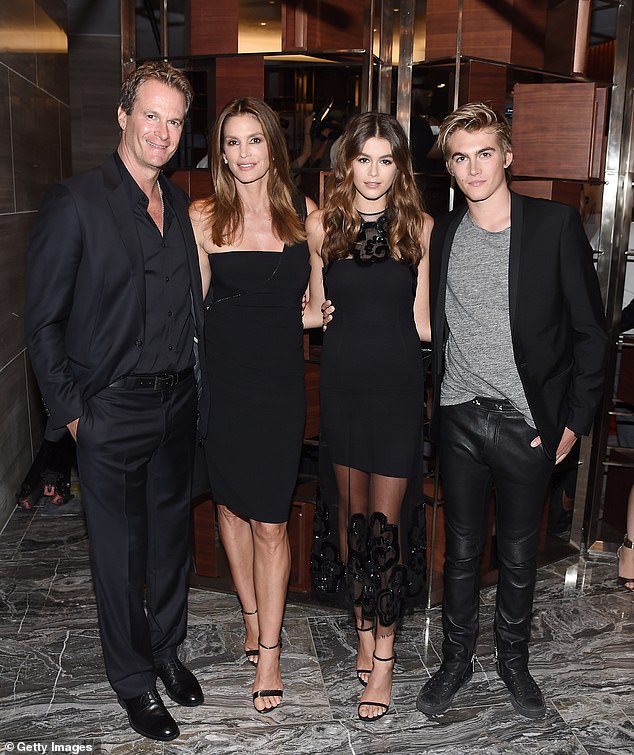