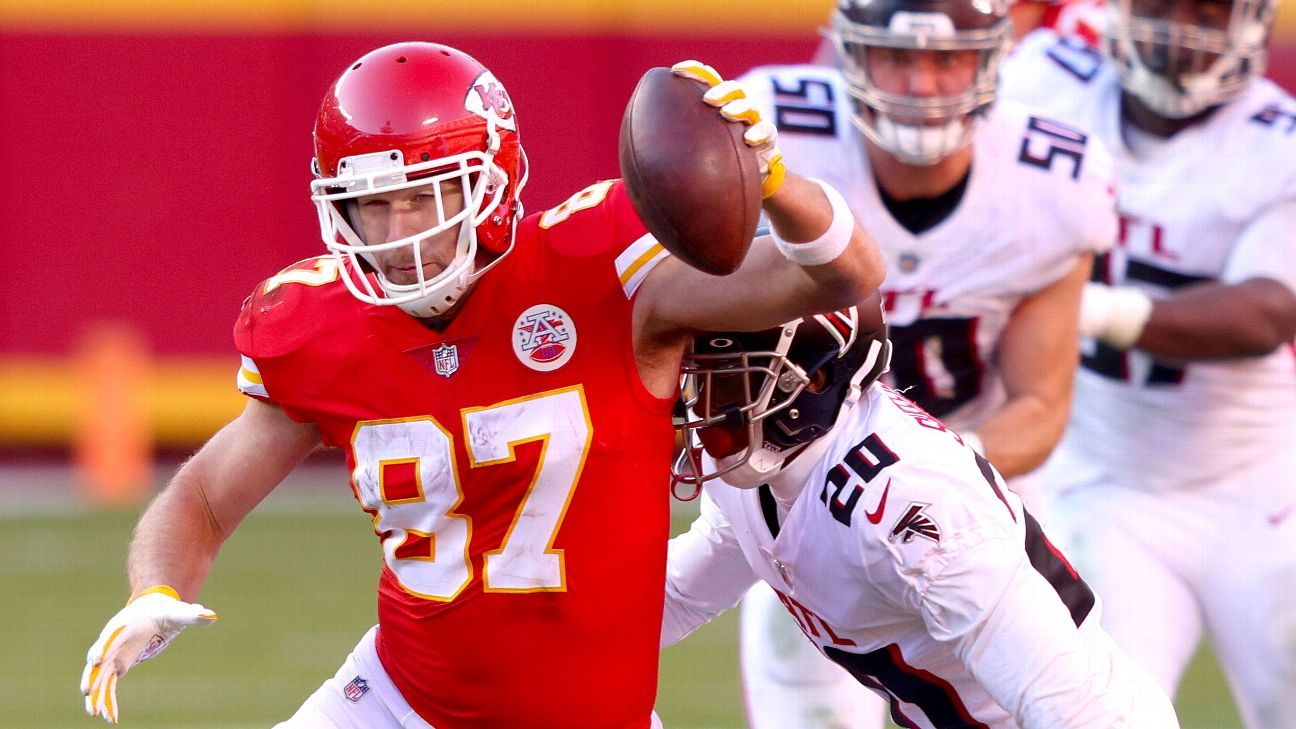 KANSAS CITY, Mo. — Clinching the No. 1 seed in the AFC hasn’t resulted in Super Bowl success for the Kansas City Chiefs in the past, but they hope it puts them on the path to a second straight title this time around.

The Chiefs clinched the AFC’s top seed Sunday by beating the Atlanta Falcons 17-14 at Arrowhead Stadium. The 14-1 Chiefs, who have won 10 straight games, will receive the AFC’s only first-round playoff bye and will play their divisional-round game at Arrowhead.

In the victory, Travis Kelce became the first tight end to have two 100-catch seasons. Kelce caught seven passes, giving him 105 this season.

Kelce also broke the single-season yardage record for a tight end. He had 98 yards, giving him 1,467 for the season. The San Francisco 49ers‘ George Kittle held the previous record with 1,377 yards, set in 2018.

The Chiefs have been the AFC’s top playoff seed three times but failed to reach the Super Bowl in any of those seasons. In 1995 and 1997, they lost their divisional-round playoff game at home. In 2018, they lost the AFC Championship Game at home in overtime to the New England Patriots. The Chiefs were the No. 2 seed last year on their way to a Super Bowl LIV championship.

The Chiefs finish the regular season next Sunday against the Los Angeles Chargers at Arrowhead. Since the game will be meaningless with regard to the standings and their playoff seed, they are likely to rest some of their top players, including quarterback Patrick Mahomes.