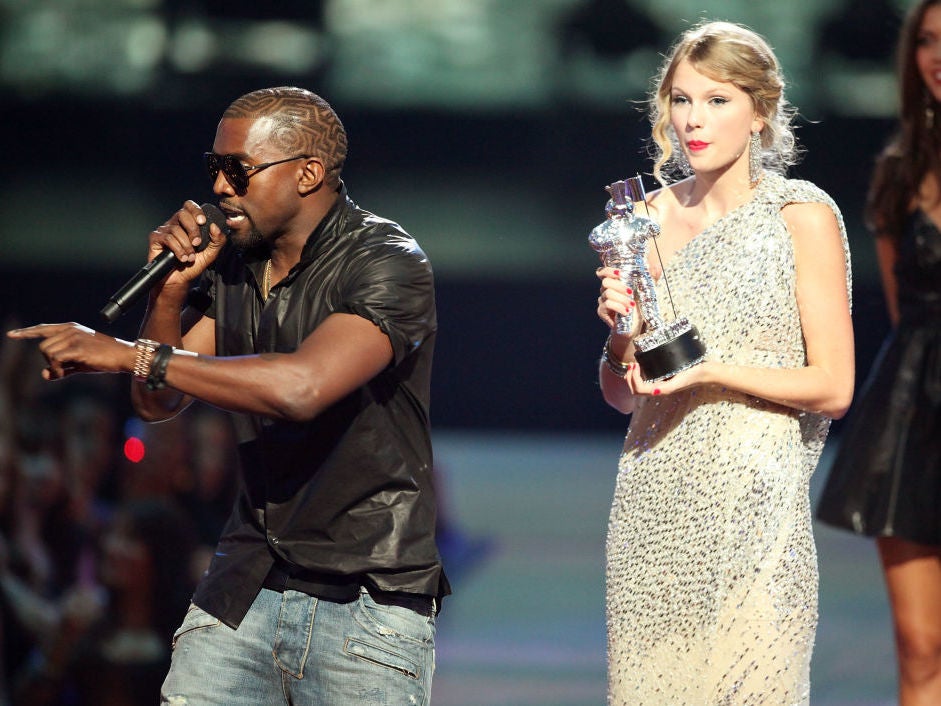 Kanye West has said he only crashed Taylor Swift’s MTV Video Music Awards speech in 2009 because God told him to.

West famously ran onto the stage at the 2009 ceremony to protest Swift’s Best Female Video win, arguing that the trophy should have gone to Beyoncé’s video for “Single Ladies”.

“Right now, God is giving me the information and he ain’t gave me no other information other than this information, so that means he wants me to say this now,” West explained. “If God ain’t want me to run on stage and say Beyoncé had the best video, he wouldn’t have sat me in the front row.

West also confirmed that he was drunk during the show, adding: “I was only drinking Hennessy because I didn’t want to go to the awards show because it was a set-up.”

West’s recollection of the ceremony came during a discussion of “the black genocide of abortion”, in which he expressed conspiracy theories about abortion in the United States.

“As many of you know, Kanye has bipolar disorder,” Kardashian West wrote. “Anyone who has this or has a loved one in their life who does, knows how incredibly complicated and painful it is to understand.”

She added that West is a “brilliant but complicated person” and said “his words sometimes do not align with his intentions”.