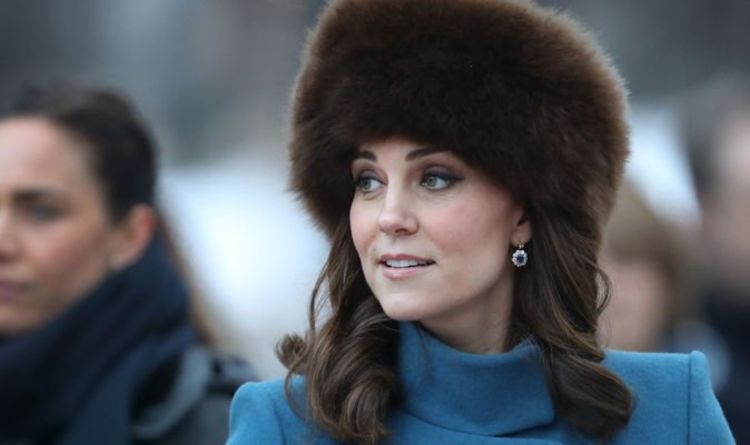 Four years before the Duke and Duchess of Cambridge married in 2011, Kate attended his Royal Air Force graduation ceremony. Kate’s appearance convinced many at the time an engagement announcement was imminent.

Now, according to a lip reader who was featured in the Royal Wives documentary, Kate said: “I love him in uniform, he’s so, so sexy.”

The Duchess was not supposed to attend the event and shocked journalists and photographers as she and her family arrived.

In the documentary William and Kate: Too Good to be True?, journalist Rebecca English said: “We hadn’t expected Kate and her family to turn up, and myself and a number of photographers and journalists were all standing on a press stand together.

“Suddenly out of the corner of her eye, we saw Kate and her mother and father being ushered down to the front of the seating.

However, Scotland carries a different system of nobility to England and Wales which means titles are completely different in the country.

The couple are known as the Earl and Countess of Strathearn, instead of the Duke and Duchess of Cambridge.

This is their official Scottish title, and former First Minister Alex Salmond tweeted the couple on their wedding day, addressing them with their Scottish names.

It is not only Scotland where the couple have different titles and are known as Baron and Lady Carrickfergus when visiting Northern Ireland.

The Queen gifted the Northern Ireland titles to the couple on their wedding day, rather than being inherited as others are.

This rule applies to Harry and Meghan Markle, who go by Earl and Countess of Dumbarton while in Scotland.

In Northern Ireland, Harry is the Baron Kilkeel, while the Duchess of Sussex is commonly known as the Baroness Kilkeel.

Meghan and Prince Harry shocked the world this year after stepping down as senior members of the royal family and moved to Los Angeles.