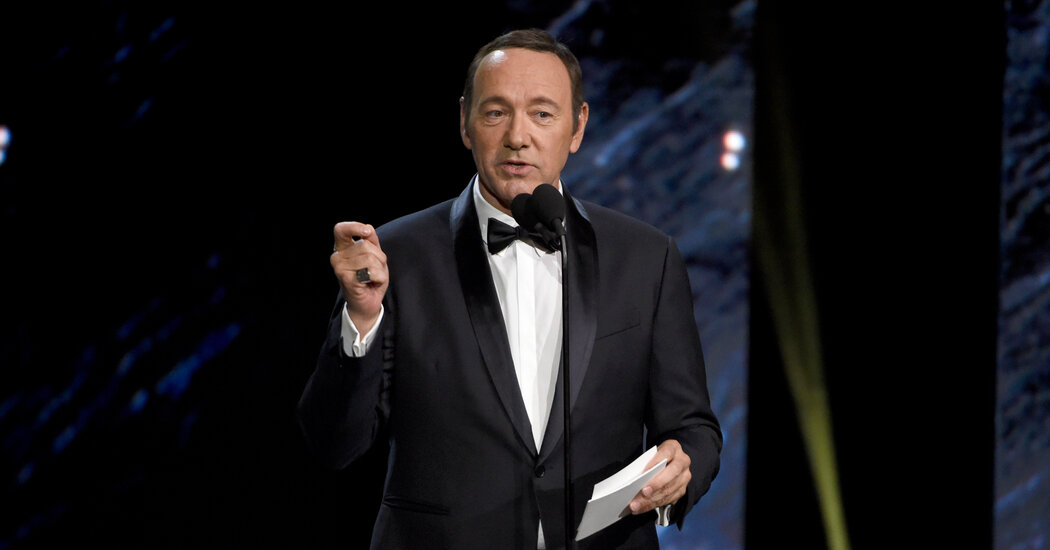 Kevin Spacey was sued on Wednesday by the actor Anthony Rapp and an anonymous man, both of whom accuse Mr. Spacey of sexual offenses against them in the 1980s when they were about 14 years old.

Nearly three years ago, Mr. Rapp accused Mr. Spacey of having made a sexual advance toward him when he was underage, the first in a series of sexual misconduct accusations against Mr. Spacey that halted his acting career.

The lawsuit, filed in New York Supreme Court in Manhattan, includes new allegations that Mr. Spacey sexually assaulted a teenage boy whom he met in an acting class in Westchester County in the early 1980s. According to the lawsuit, Mr. Spacey invited his acting student to his apartment and “engaged in sexual acts” with him on multiple different occasions. In their final encounter, Mr. Spacey assaulted the teenager despite him resisting and saying “no,” the lawsuit said.

In a BuzzFeed article in 2017, Mr. Rapp, who met Mr. Spacey while performing on Broadway, first accused Mr. Spacey of making an inappropriate sexual advance toward him at a party in Mr. Spacey’s Manhattan apartment in 1986. According to the lawsuit, Mr. Spacey grabbed Mr. Rapp’s buttocks, lifted him onto a bed and lay on top of him. Mr. Rapp, 48, who is best known for playing the character Mark Cohen in the original Broadway production of “Rent,” extricated himself and eventually was able to flee from the apartment, the lawsuit said.

No criminal charges had been filed in association with the case.

Mr. Spacey, in a statement in 2017, said he did not recall the encounter with Mr. Rapp, but that “if I did behave then as he describes, I owe him the sincerest apology for what would have been deeply inappropriate drunken behavior.”

Before 2017, Mr. Spacey was known almost exclusively for his acting career: He won Oscars in 1996 for “The Usual Suspects” and in 2000 for “American Beauty.” One of his most recent and well-known characters was Frank Underwood, a manipulative and sometimes maniacal politician in the Netflix series “House of Cards.” Mr. Spacey was cut out of the final season of the show after the sexual misconduct allegations began to surface.

Mr. Spacey, 61, was charged almost two years ago with sexual assault in Nantucket, Mass., after an 18-year-old man accused Mr. Spacey of fondling him in a restaurant in 2016. But prosecutors there dropped the case last year after the accuser invoked the Fifth Amendment and refused to continue testifying after Mr. Spacey’s lawyer warned that he could be charged with a felony if he had deleted evidence from his cellphone.

Last year, a plaintiff in a civil case — the estate of a deceased massage therapist — dropped the lawsuit against Mr. Spacey for reasons not made clear. The massage therapist had accused Mr. Spacey of groping and trying to kiss him before offering him oral sex during a massage.

A lawyer for the plaintiffs, Peter Saghir, said that the lawsuit was being brought under the Child Victims Act, adopted last year, which significantly extended New York’s statute of limitations for childhood sex abuse. The old statute had required that criminal or civil charges be brought before the survivor’s 23rd birthday. Under the new law, victims can sue until age 55.

The plaintiffs are seeking damages for the severe emotional distress they experienced because of the encounters. Under the Child Victims Act, prosecutors could bring criminal charges until a victim turned 28, and both plaintiffs are past that age.

Mr. Saghir said that although the alleged offenses were in the same time frame and the men were the same age at the time, Mr. Rapp and the anonymous plaintiff did not know each other. He said that he is not aware of any police investigations involving his clients.