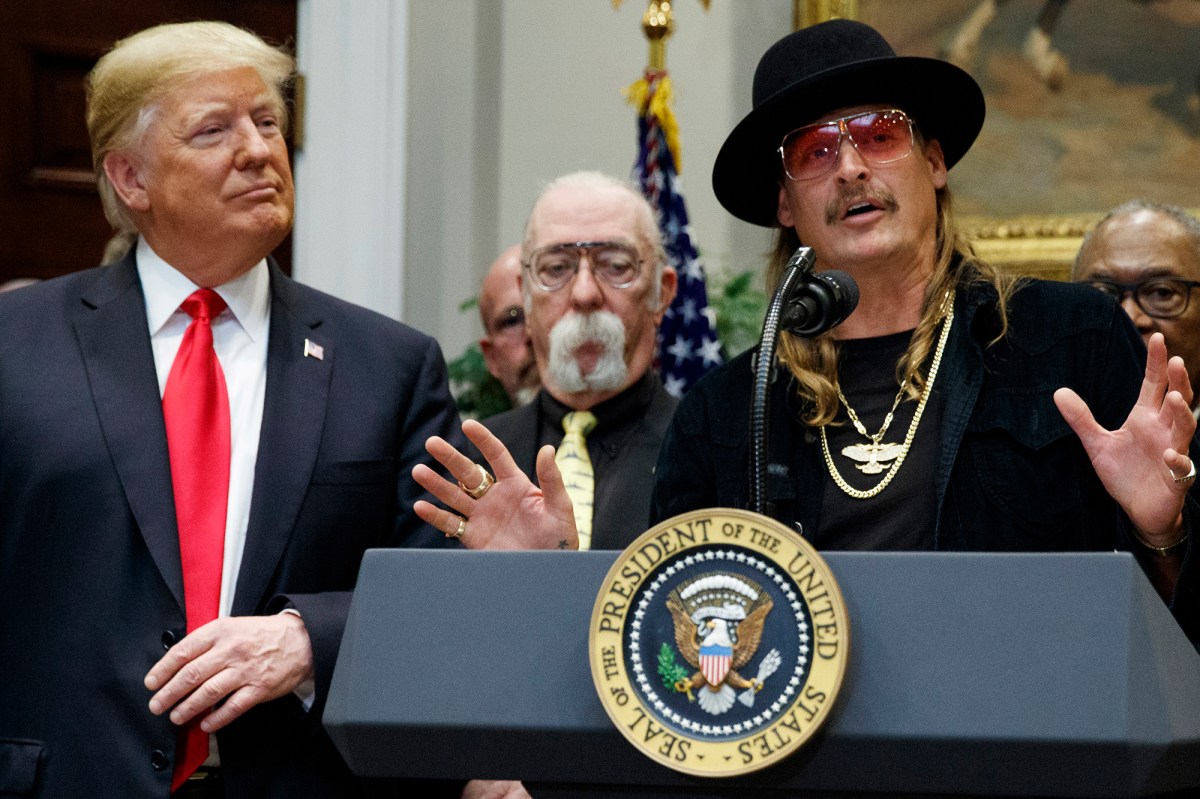 Kid Rock will headline a campaign rally for President Trump Monday night in his home state of Michigan, the campaign has announced.

The musician, whose real name is Robert James Ritchie, will appear alongside the commander-in-chief’s son Donald Trump Jr. and his girlfriend Kimberly Guilfoyle, who is also a Trump campaign senior adviser, in Harrison Charter Township, Mich., for the “Make America Great Again” event.

Doors will open at 6 p.m. and the festivities are scheduled to begin at 7 p.m.

News of the event comes as the Trump campaign has begun ratcheting up public events, which were paused for nearly six months as the coronavirus pandemic turned the election into a digital operation.

Last week, the president held a rally in Freeland, Mich., attended by thousands of people.

Trump won the state by a razor-thin margin of 10,704 votes in 2016 in a major upset over Hillary Clinton and is hoping for a more resounding victory this time around.

Kid Rock, 49, has long been a supporter of the commander-in-chief, endorsing him early in 2016.

He appeared with Trump Jr. at a campaign rally ahead of the 2018 midterms, supporting Michigan Senate candidate John James.