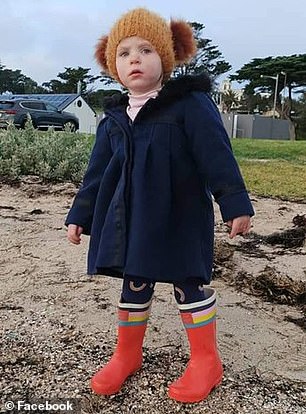 The grieving mother of a toddler who fell off a pier and drowned last week says her family is afraid to return to the scene – as she breaks her silence on the tragic accident.

She was the youngest of four children, to mother Billee and father Patrick.

Ms Greaney said the family has been trying to focus on the positives as they mourn the loss of little Anna.

‘This afternoon we got to go to the funeral home for a few hours and just give her a wash and dress her, hold her and spend time with her,’ she told Daily Mail Australia.

‘I thought that was going to be extremely hard. And I’m not saying it was easy, but it was probably healing to be able to have that time with her.’ 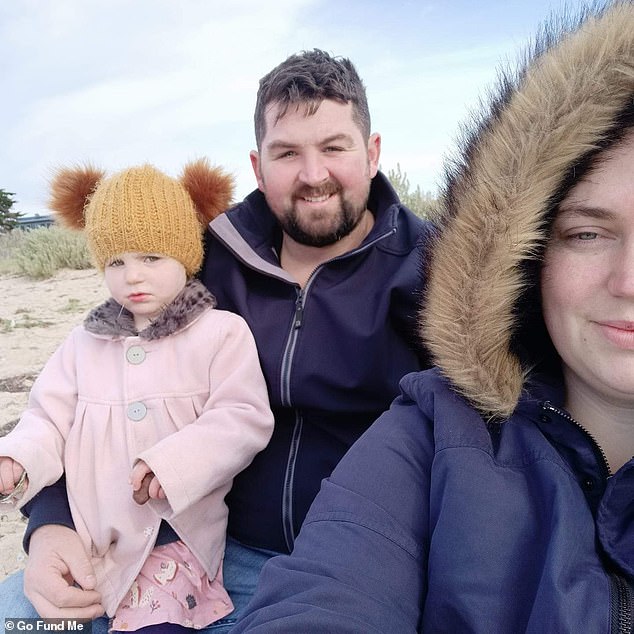 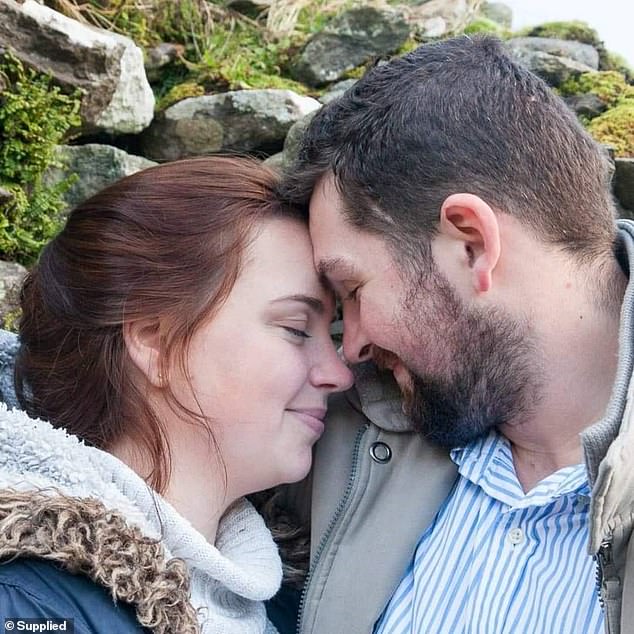 Ms Greaney remembered Anna as a happy child who used to pick her flowers from the garden, and lit up a the sound of the Bluey theme song.

As the family grieves, they have been leaning heavily on the tight-knit local community.

The church has been bringing them daily meals, delivering groceries and laying flowers and messages of support at a makeshift memorial at the Portarlington Pier. 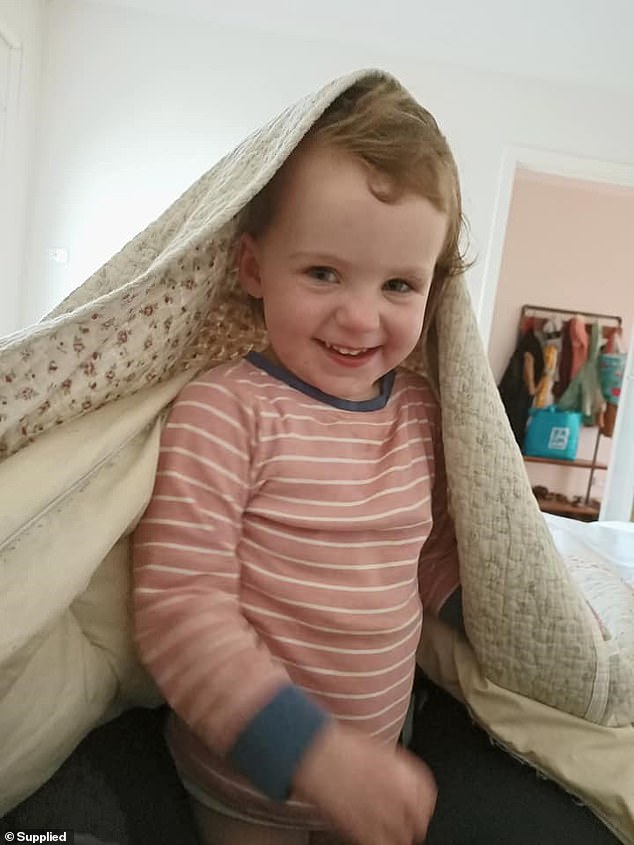 Ms Greaney has remembered Anna (pictured) as a happy child who used to pick her flowers from the garden, and lit up a the sound of the Bluey theme song 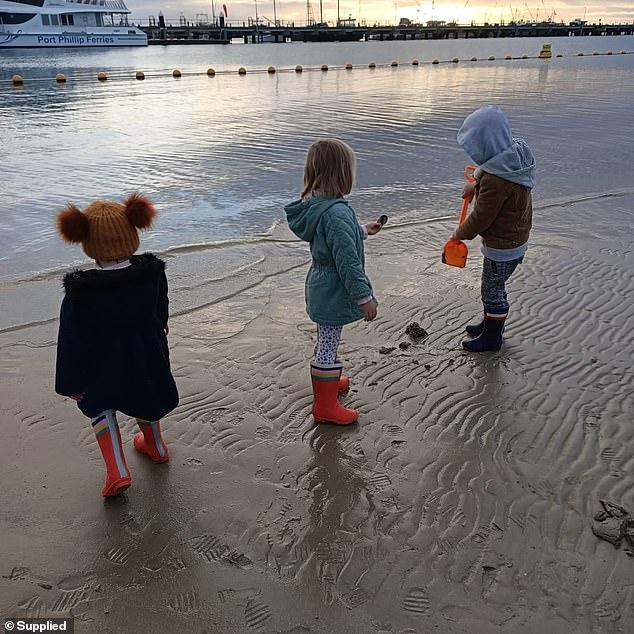 Anna plays with her two siblings at Port Arlington Pier

A crowdfunding campaign to help pay for the funeral service also raised more than $32,600 in just four days.

On the page, Ms Greaney described her gratitude for the support, but nothing could compensate the loss of her child.

‘I don’t really care about the money I just want my baby back,’ she wrote.

The funds will be used to plan a family trip to Ireland when restrictions ease, the birthplace of husband Patrick.

Despite the support, Ms Greaney said she is desperate to move back to her hometown Kyabram where she won’t face the daily reminder of losing Anna.

‘We are struggling being in Portarlington. The whole town looks over the ocean, it’s been a struggle for me particularly,’ she said. 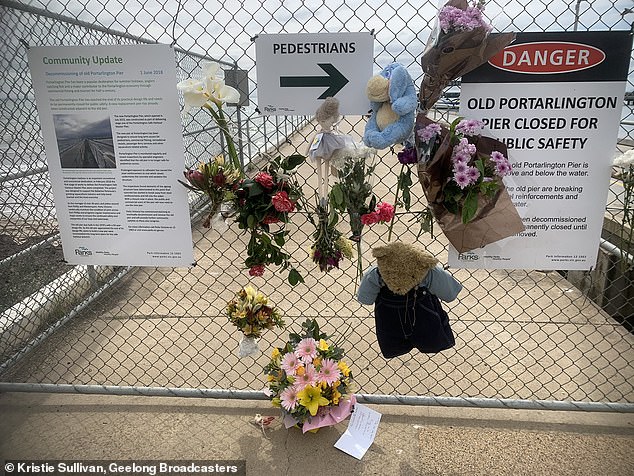 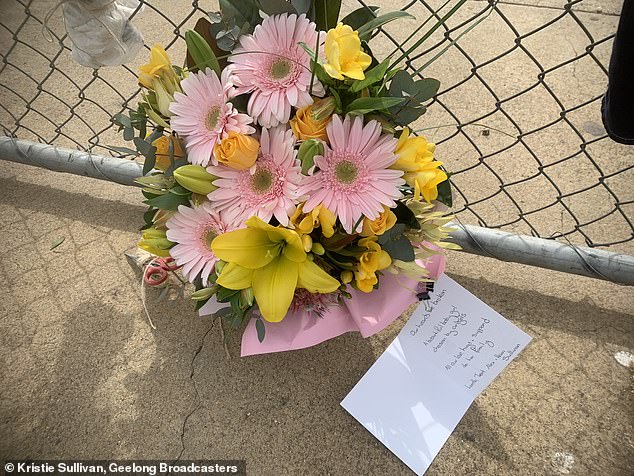 Flowers and a message of support lay before the pier fenceline 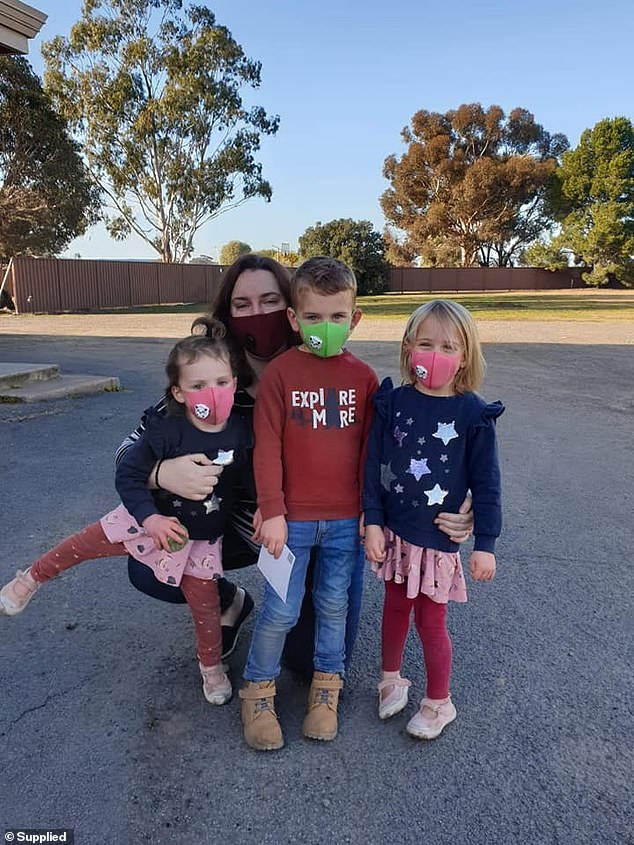 ‘Nate and Miranda don’t want to go anywhere near the water, we try to take them down to the pier to remind them that we were here a lot and we had a lot of good memories, but they just have the bad memory for now.’

But she said the pier has become a place her husband Patrick goes to heal, and feel closer to their lost daughter.

The funeral is being held on Thursday afternoon, and will be live-streamed online at the Jonathan Hepner Funerals website.

The Greaney family will then pack up and heading to Kyabram on the weekend.

The community has organised an online vigil for Wednesday night, with locals encouraged to light a candle to honour Anna’s memory.

The event was initially planned for the Portarlington pier, but will be staged online due to COVID-19. 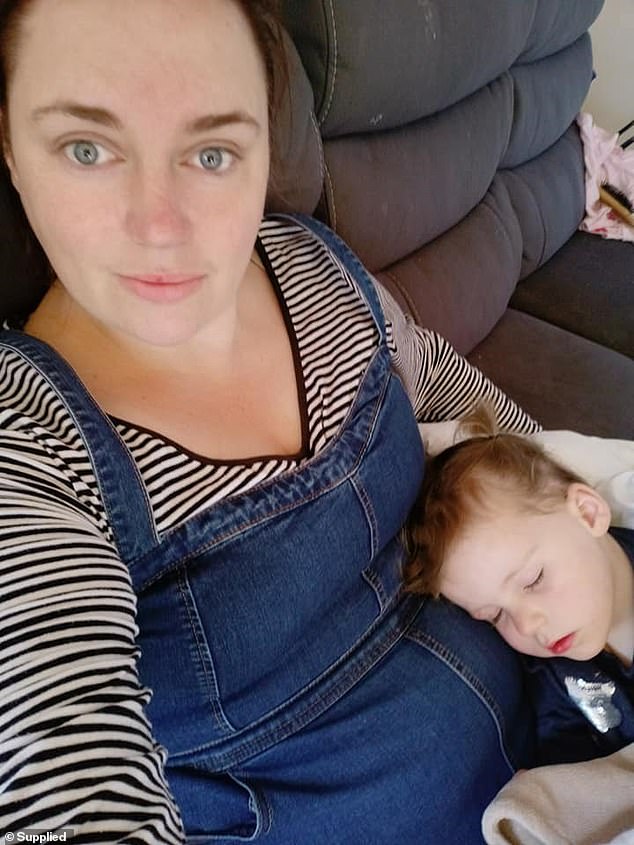 Mother Billee shares a candid selfie with a sleeping Anna 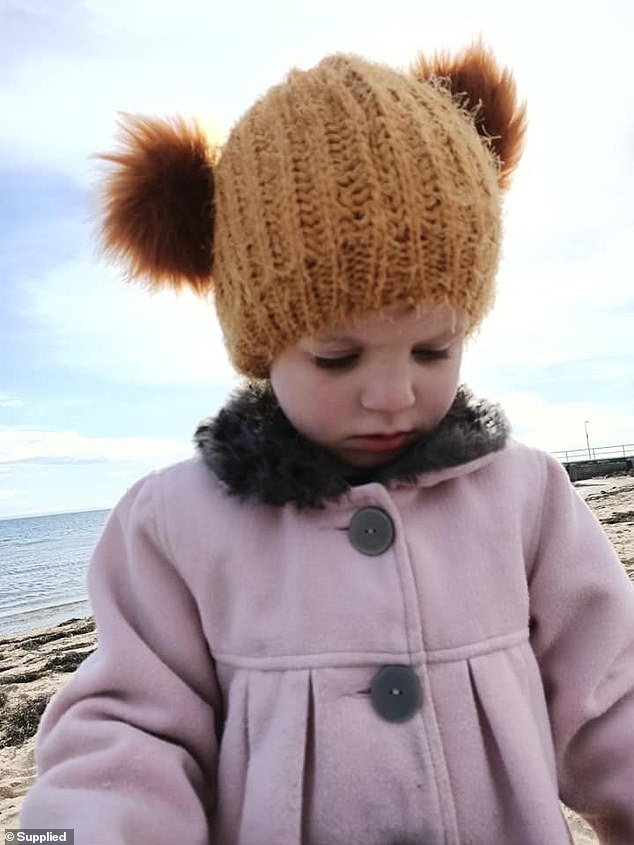 Anna was the youngest of four children