Kourtney Kardashian is showing off her self-care Sunday regimen.

The Poosh wellness expert post a series of snaps to Instagram showing off her chilled out day with her 101M followers.

She posted a selfie with a LED light therapy face shield before showcasing a roaring fire and a bouquet of sunflowers for her relaxing weekend at home. 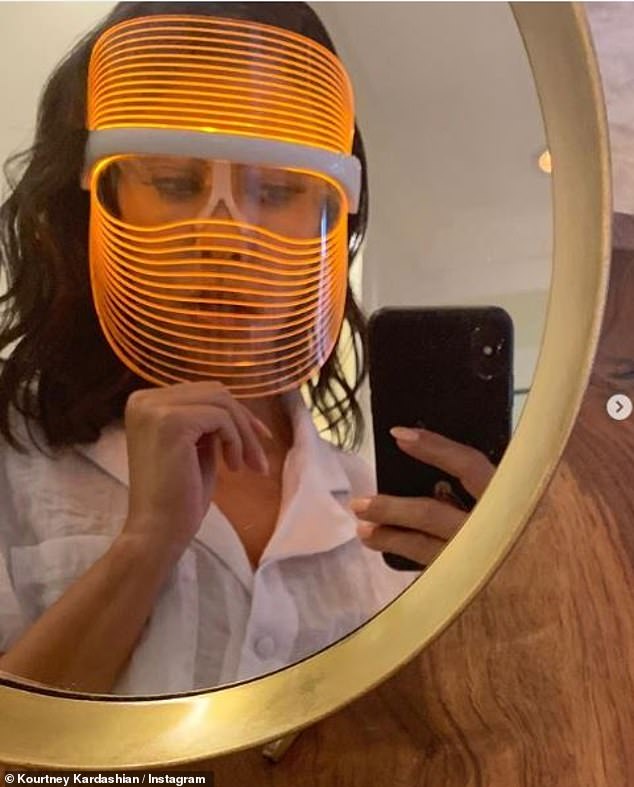 For her chilled out day at home, Kourtney relaxed in a white button down pajama shirt.

She wore her brown locks down and showed off a natural manicure as she treated herself.

The $190 face shield which can be accessed via her website Poosh works as an at home beauty boost.

A few weeks back Kourtney posed with the same mask and announced that it was back in stock. 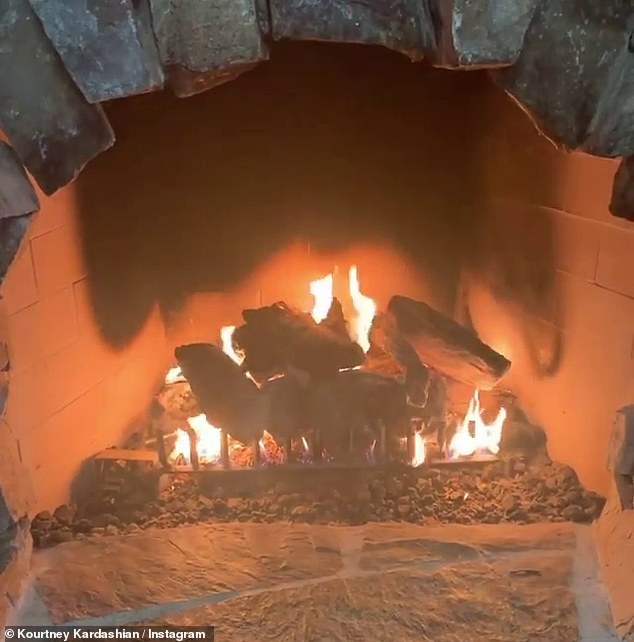 Cozy: Kourtney posted a video of her dreamy fire place as she relaxed at home after her sisters were spotted filming for the final season of KUWTK the day before 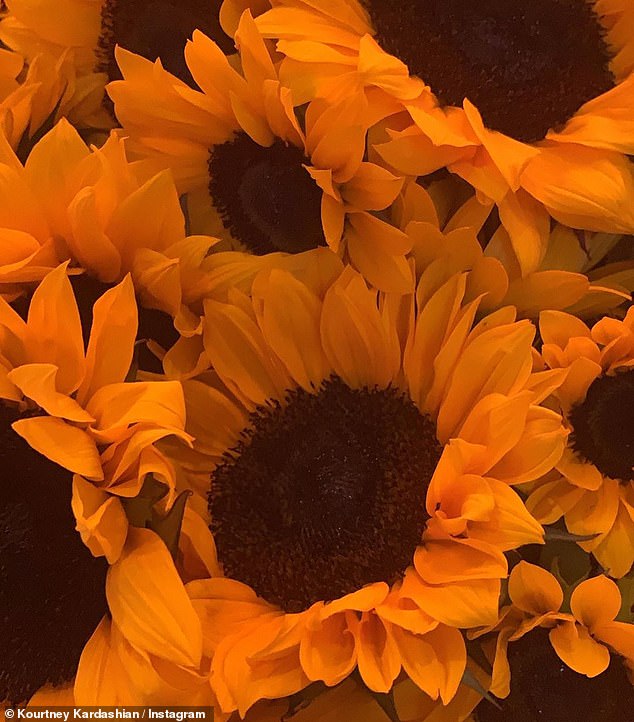 Sunflowers: Kourtney displayed a massive bouquet of sunflowers at her home on Sunday 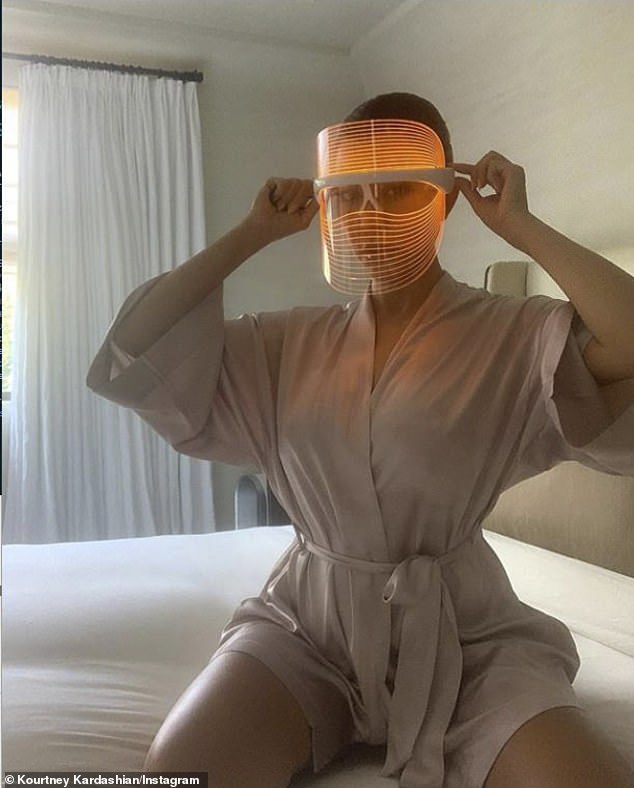 Face shield: Kourtney posted a few weeks back that the in-demand LED face mask was back in stock on Poosh

Kourtney then posted some more at home aesthetic shots as she showed her fans her cozy fire and bouquet of sunflowers. She captioned the series of images ‘self-care sunday.’

The pictures come after Kourtney’s sisters Kim, Khloe, and ex Scott Disick were spotted filming season 20 of KUWTK amid news the show would be ending next year.

The eldest of the sisters, Kourtney, has long been disenchanted with filming for the reality show, leaving her sisters to carry the weight of the show.

The looming situation escalated into a physical altercation between Kourtney and Kim, as the two were seen slapping and scratching each other on an episode back in March. 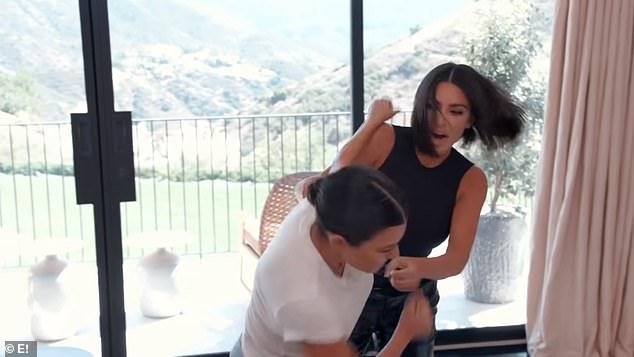 Cat fight: Kim and Kourtney got into a physical fight on KUWTK back in March after Kourtney’s lack of desire to film the show culminated in sister Kim getting fed up with her attitude 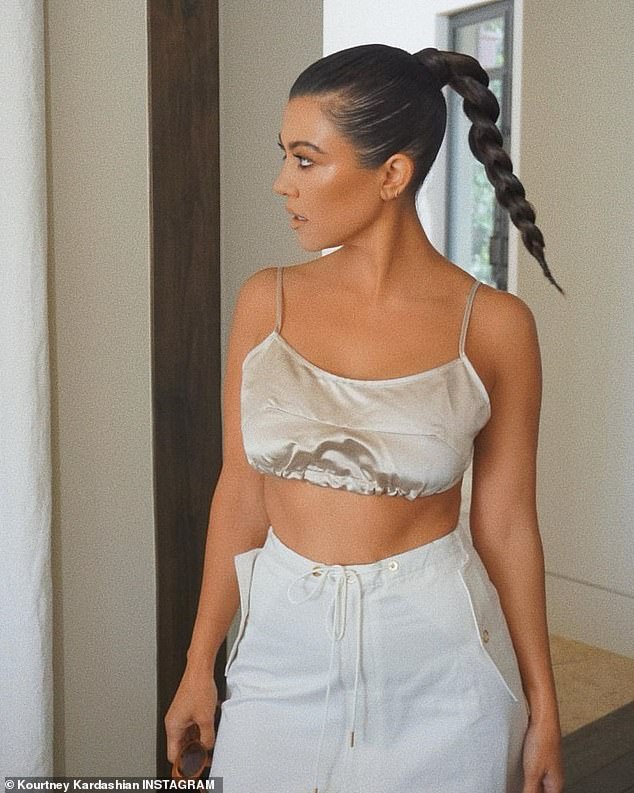 New chapter: Kourtney posted a photo of herself to Instagram with the caption ‘she has exited the building’ after it was revealed KUWTK would be airing its final season in 2021

Reportedly mother Kris Jenner pulled the plug on the whole show once other siblings Kim and Kylie threatened to quit in the same way Kourtney had.

Kourtney claimed the show’s environment was ‘toxic’ and that she had better things to do like being a mother to her three children and running her lifestyle site Poosh.

Over the summer Kourtney sparked romance re-kindling rumors with Scott Disick, 37, after his breakup with girlfriend of about three years, Sofia Richie, 22.

Scott was seen commenting on a bunch of Kourtney’s pictures and the family took a number of vacations together. 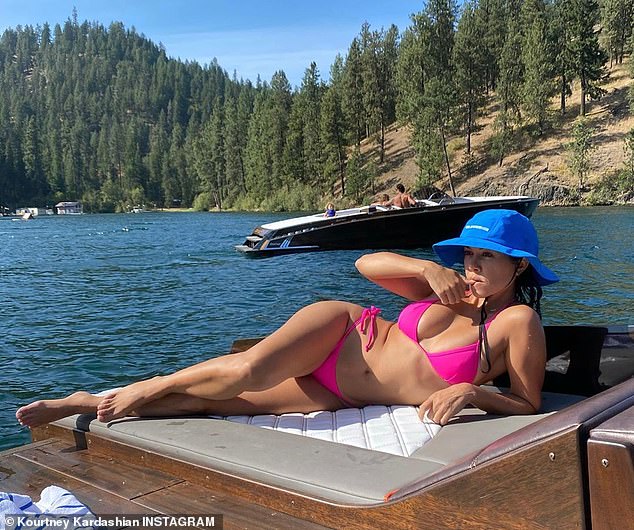 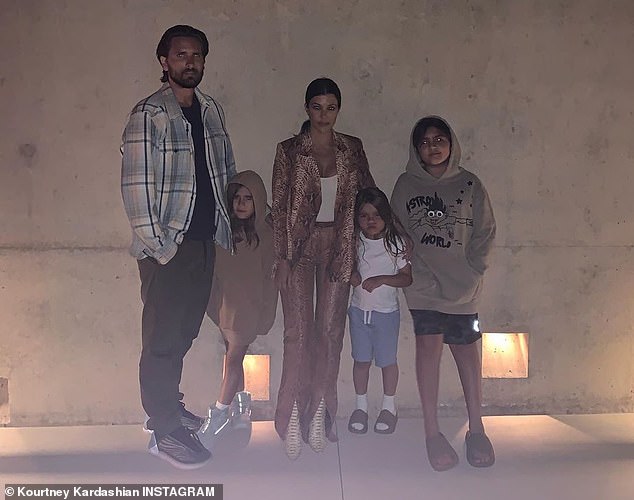 Family: Kourtney and Scott are the parents to Mason, 10, Penelope, eight and Reign, five as the pair pose while vacationing

Over Labor Day the family unit were vacationing in Coeur d’Alene, Idaho as she and Scott spent time on a boat and went wakesurfing.

Recently Caitlyn Jenner spoke to ET and talked about the relationship between Kourtney and Scott, admitting that she hoped the two would get back together.

‘Kourtney and Scott are both good parents. Whether they work it out themselves for a lasting relationship, I don’t know. That’s a Kourtney question’ she said.

The couple share Mason, 10, Penelope, eight, and Reign, five, and though living separately spend a lot of time together co-parenting their children.

The two dated on and off from 2006 to 2016 before confirming that their relationship was platonic. 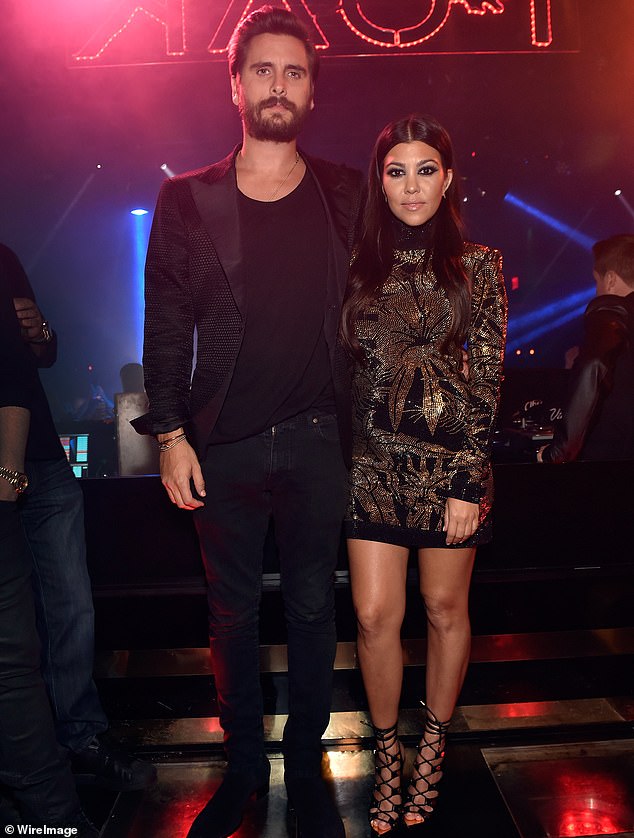 Coupled-up: Kourtney and Scott dated on and of for 10 years. The pair are seen celebrating Scott’s birthday in Las Vegas prior to their breakup; May 2015