The trendy royal, 24, wrapped up in a smart navy coat, which she paired with a large pair of gold hoop earrings and a multi-coloured scarf, for the class at the Pottery Cafe in Fulham.

Amelia, who is 39th in line to the throne, strolled through the London streets with a friend before arriving at the cafe, where she painted a plate with an image of the Hindu goddess Shakti.

Amelia went on to share her art work on her Instagram stories with her 81,000 followers, revealing she had also decorated the plate with her nickname ‘Mel’. 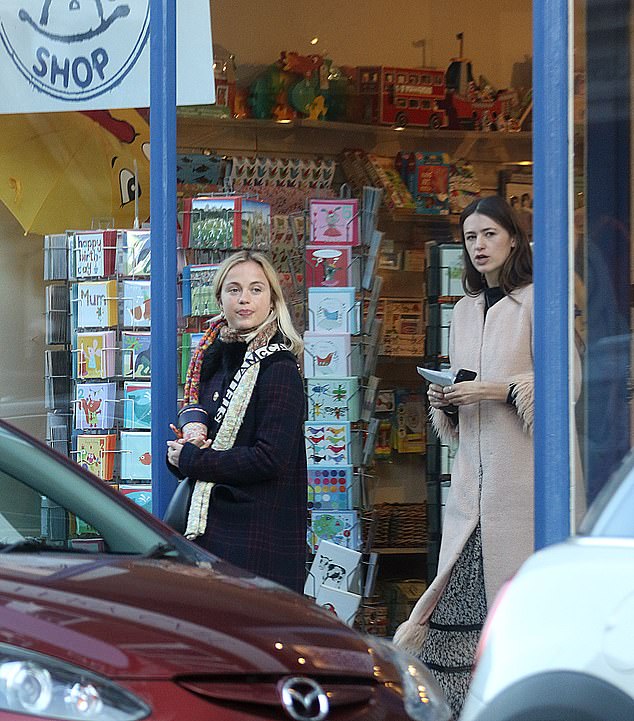 Lady Amelia Windsor, 24, appeared relaxed yesterday as she joined a friend for an afternoon of arts and crafts in London 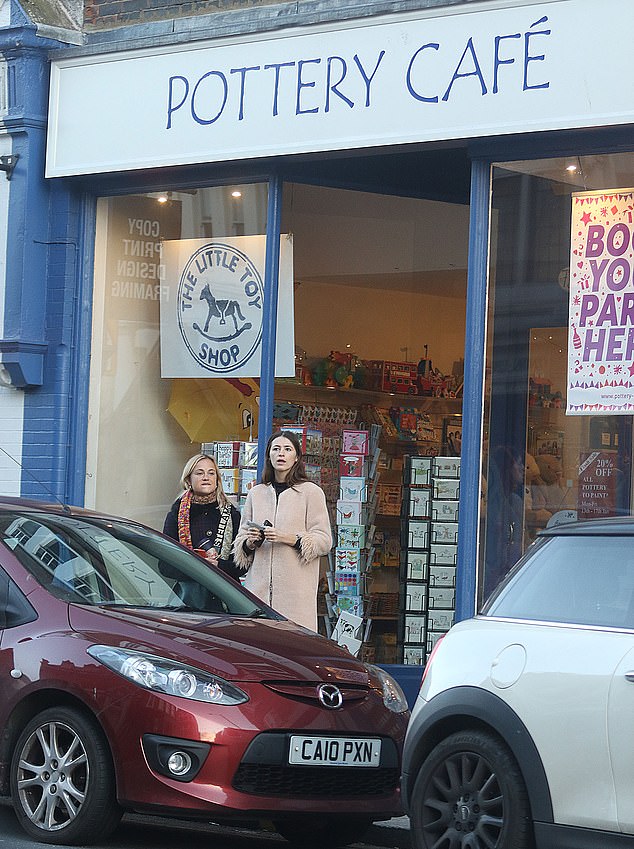 Lady Amelia, who is 39th in line to the throne, attended the Pottery Cafe in Fulham, where she and a friend painted plates 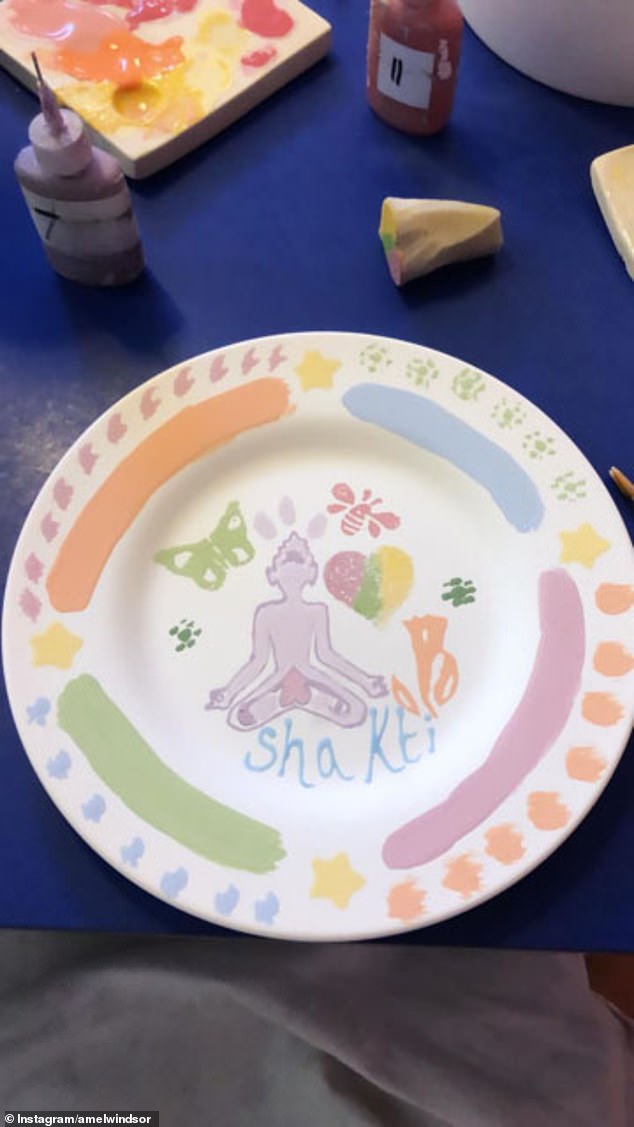 Later, Amelia shared a snap of her painted ceramic, revealing she had decorated her plate with the Hindu goddess of Shakti

Lady Amelia appeared relaxed ahead of the class, wrapping up in a smart navy coat with a multi-coloured knitted scarf for the occasion and finishing her outfit with a pair of comfortable brown boots.

While her look was understated, the royal also carried a large over-the-shoulder bag by Stella McCartney, presumably in which to carry her arty creations home with her.

She styled her signature blonde hair in bouncy curls with a side-parting, completing the look with subtle make-up.

The royal could be seen carrying her bright red phone in her hand and checking the screen as she and her friend walked through the streets of London before their arty afternoon. 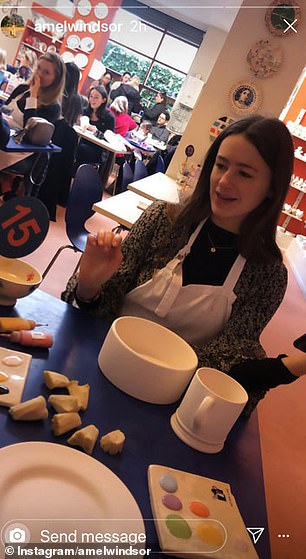 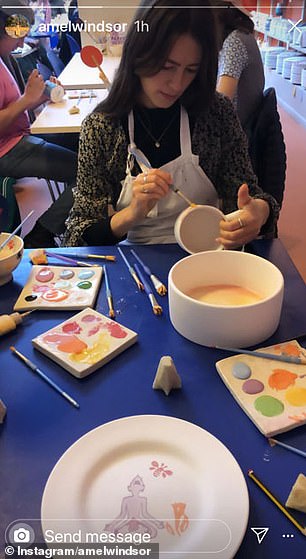 Amelia shared several snaps with her 81,000 Instagram followers as she and her friend painted various bowls, mugs and plates at the trendy cafe 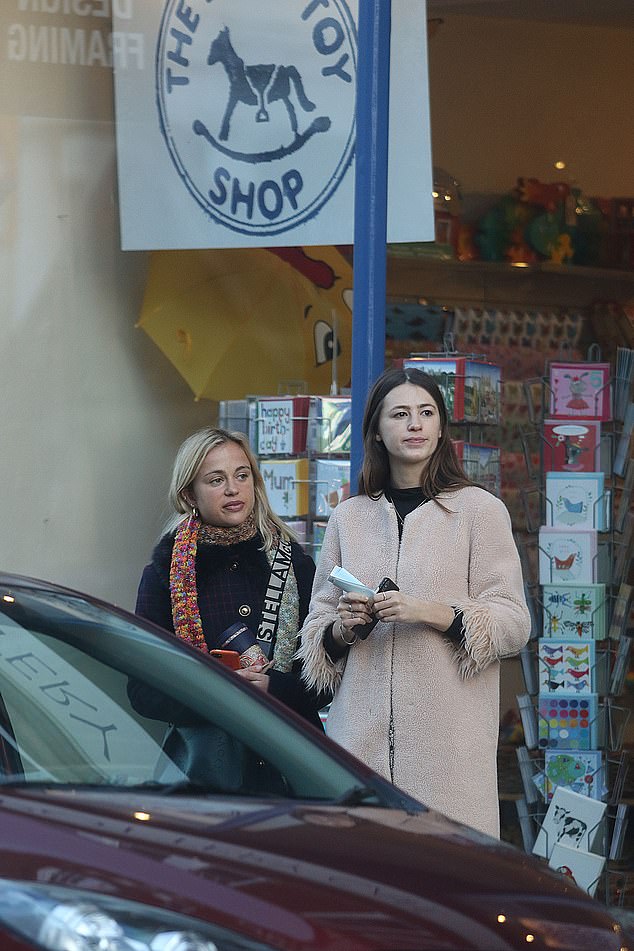 Lady Amelia appeared understated at the arty afternoon with a friend, carrying a small keep cup for the outing

The two women appeared relaxed as they walked through the streets arm-in-arm and chatted to one another before entering the Pottery Cafe.

Amelia went on to share several snaps with her Instagram followers as she and her friend painted various bowls, mugs and plates at the trendy cafe.

The arty royal opted to decorate a plate with a painting of the Hindu goddess Shakti, who is said to be the personification of divine feminine creative power.

Lady Amelia, who graduated with a degree in Italian and French from Edinburgh University earlier this year, is the granddaughter of the Duke of Kent. 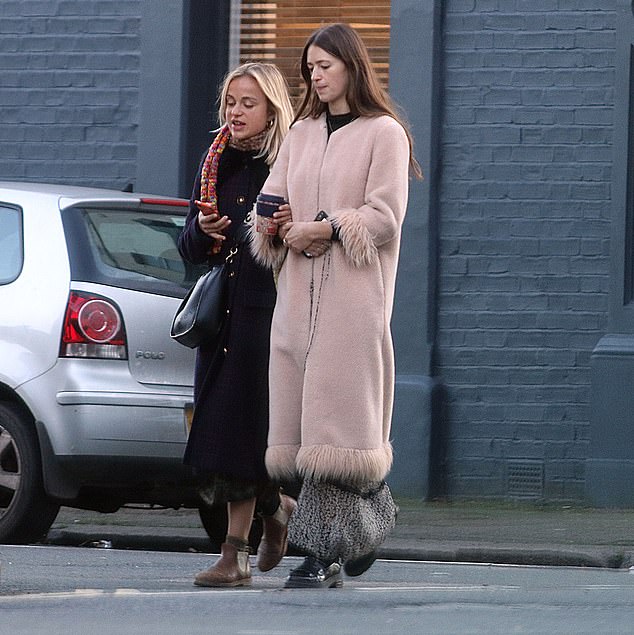 Lady Amelia appeared relaxed, with the young royal linking arms with her friend and chatting before catching up over the arts and crafts afternoon 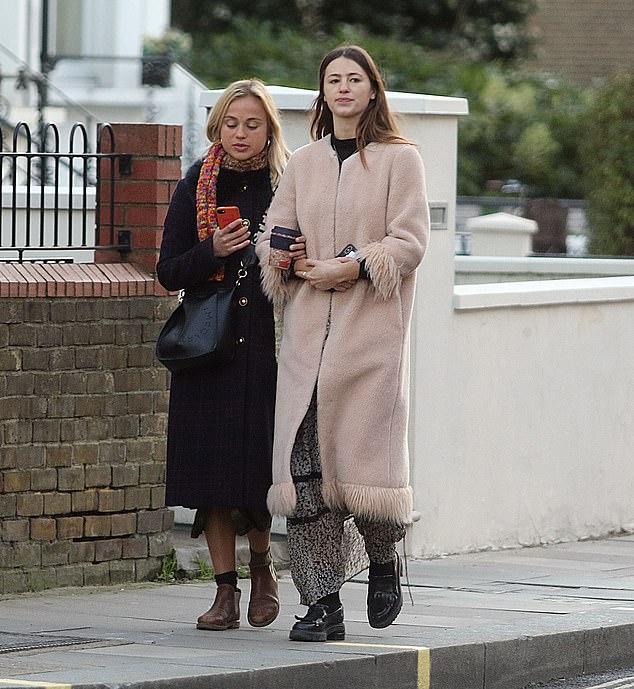 Since leaving university Amelia, who was once dubbed ‘the most beautiful royal’ by Tatler and is now signed to Kate Moss’s former agency Storm, has juggled modelling work, fashion collaborations and writing.

The royal has a blossoming following of 81,000 followers on Instagram, where she regularly posts snaps from glamorous fashion events, as well as her adventures exploring trendy parts of London.

She recently opened up about her relationship with Instagram, calling the platform ‘quite toxic’ and admitting the designer outfits she wears are ‘mainly borrowed’. 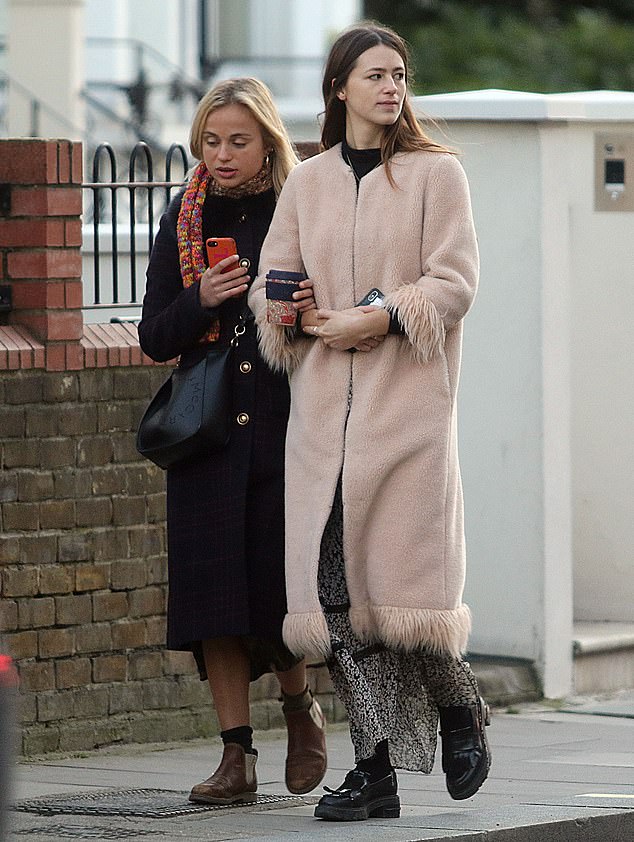 The two women appeared close, linking arms as they strutted along the road chatting to one another 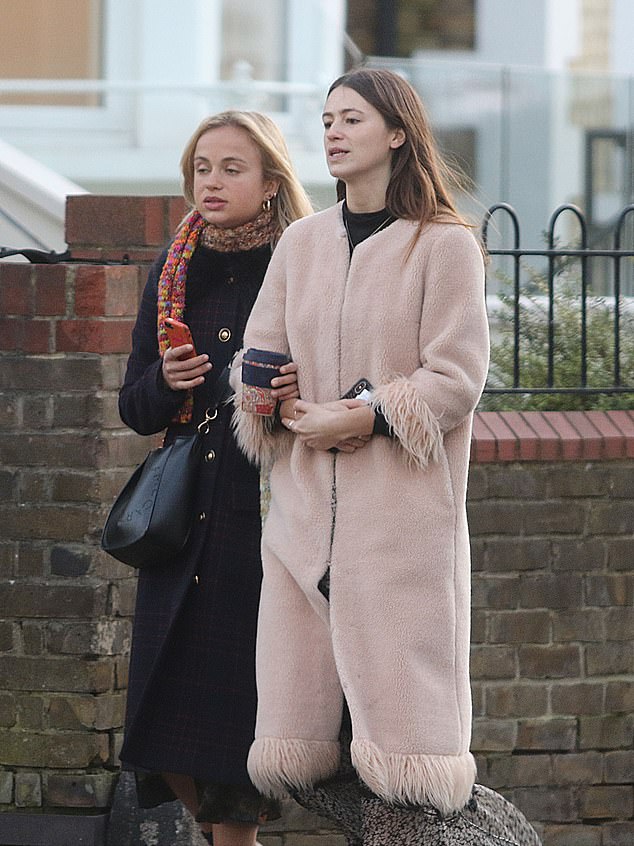 Amelia appeared relaxed during the arts and crafts outing with a friend, with the pair linking arms as they walked along the road in Fulham 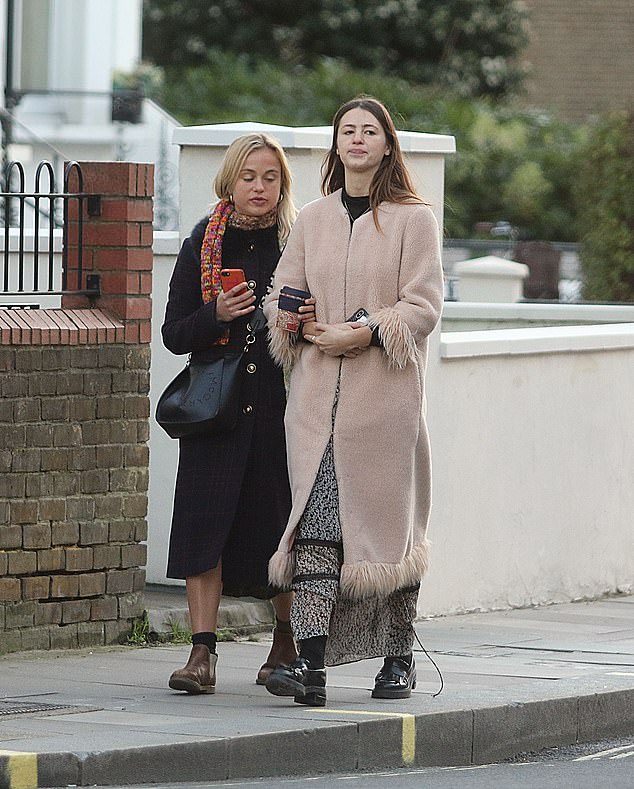 The royal, who has been vocal about wanting to live as sustainably as possible, appeared to be carrying a small keep cup

Lady Amelia has suggested that her Instagram account is just a snapshot of her life, with the eco-friendly royal revealing she tries to live as sustainably as possible and often borrows clothes from brands for events.

She told The Telegraph that she’s cynical social media, saying: ‘I think it can get quite toxic if you follow likes too much.’

She also revealed checking the social media platform is not part of her morning routine, saying she would rather read a book.