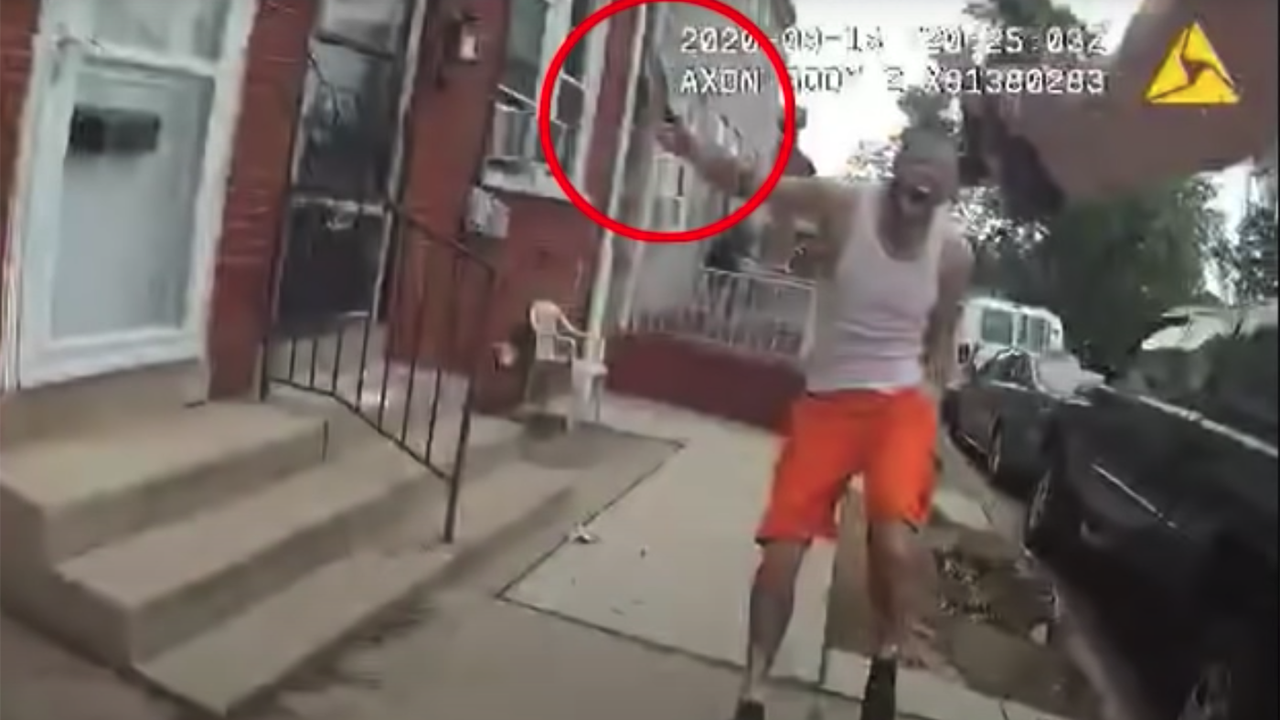 PROTESTS EMERGE IN LANCASTER AFTER FATAL SHOOTING OF MAN ARMED WITH KNIFE: DA

At the station house, protesters “damaged a county vehicle parked in the front of the police station,” police said in a Monday morning press release.

“Bricks were thrown through the front of the police station and into the post office window,” police said. People also “threw water bottles, glass bottles, rocks, bricks, gallon jugs of liquids and parts of plastic road barricades at Officers.”

Crowds gathered on an access ramp to the police station, on West Chestnut Street, and in an adjacent park, where police ultimately released pepper spray after the protesters were given warnings to disperse before the gas was deployed, the department said.

According to the press release, some protesters “were physically challenging Officers that were moving to clear people from the ramp.”

Photographs posted on social media show the aftermath of the protest, with shattered or cracked windows at the police station and bricks and bottles strewn along the roadway.

Hours earlier, a 27-year-old Black man, was fatally shot by police who were responding to a domestic disturbance.

The office will lead an investigation into the shooting. The release stated the officer’s body camera footage showed Munoz emerging from the inside of the house and running towards the officer when he arrived at the residence for the call.

The news release said Munoz was brandishing a knife above his head “in clear view” and “in a threatening manner” when the officer fired at him. Munoz died at the scene and no one else was struck by gunfire, the release said.

Police posted the officer’s body camera video on social media, showing the man chasing the officer down a sidewalk with a knife before he was fatally shot, and eventually used tear gas early Monday to disperse the crowds.

The footage shows the officer fire several shots while running away from Munoz, who then falls to the ground.

The officer was placed on administrative leave, according to local news outlets.