Nicola Gobbo boasted of having a fling with former AFL star Brendan Fevola in explosive messages she sent to her sister.

The double-dealing lawyer exchanged texts with her sibling Catherine back in August 2010, accusing a police officer she refers to as ‘Slimey’ of ‘interfering’ in her relationship with the former Carlton and Brisbane player.

The text messages are detailed in Ms Gobbo’s submission to the Royal Commission into the Management of Police Informants.

Ms Gobbo alleged she had a sexual relationship with Jeff Pope – the senior officer who was her handler when she was registered as an informer in 1999. 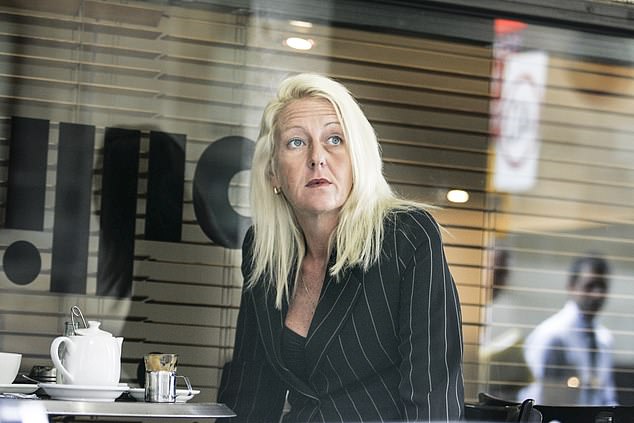 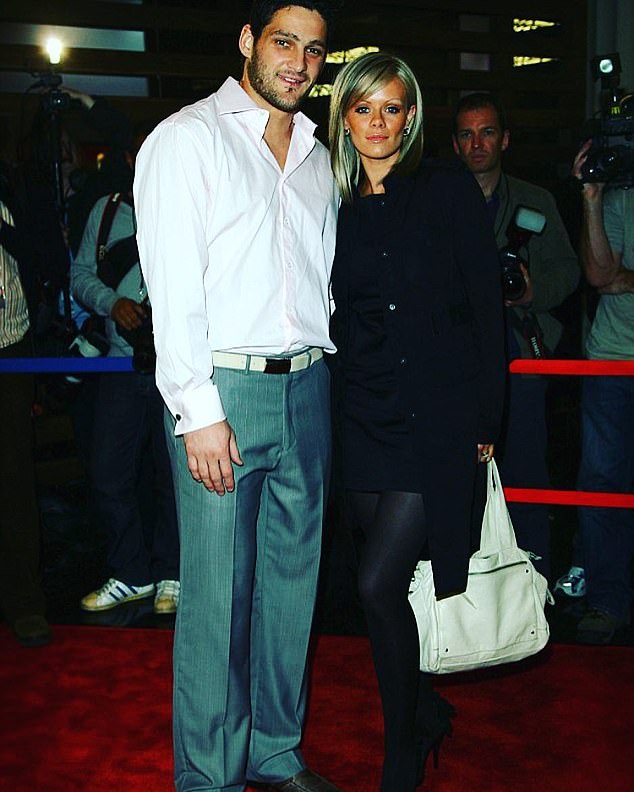 Ms Gobbo submitted text messages to the Lawyer X royal commission where she claimed she had a fling with AFL star Brendan Fevola (pictured, left, with his wife Alex)

The text exchange began when Gobbo saw Mr Pope an television, telling her sister she could remember him from her ‘alcohol fling days’.

‘Definitely him. Multiple times… Perhaps I should write to Slimey? Or leave it to 4 Corners instead,’ Gobbo wrote to Catherine on August 26, 2010.

According to the submission, Gobbo’s sister mentioned Four Corners, Ben Cousins and Fevola in her reply.

Gobbo sent another text message back, where she alleged to have had a sexual relationship with Fevola.

‘You are correct as usual. Momentarily forgot about Slimey interfering with my sex life re the Fev.

‘What a f***ing disgrace that Pope didn’t declare his frolicking to his bosses.

‘I even remember when he bought his house in [a Melbourne suburb] 10 years ago!’

Mr Pope denies ever having a sexual relationship with Ms Gobbo. 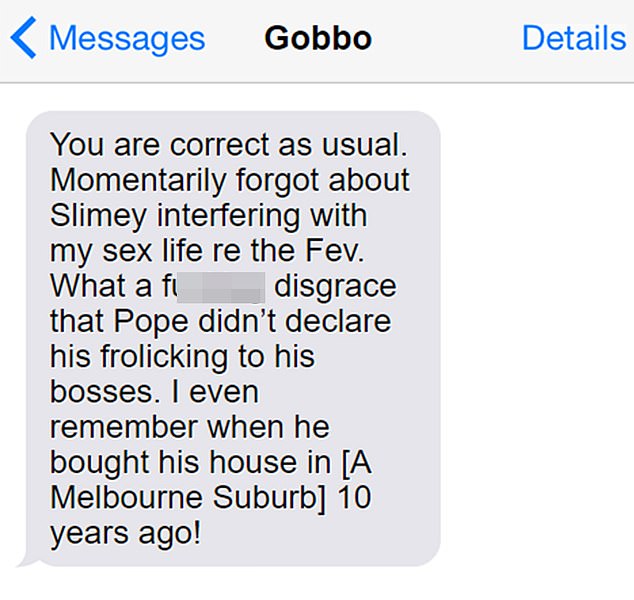 Ms Gobbo sent another text message to her sister, where she alleged to have had a sexual relationship with AFL star ‘Fev’ 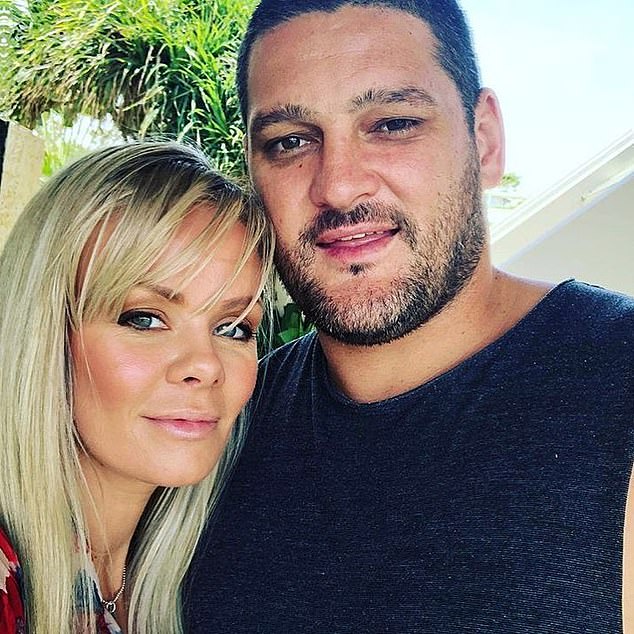 Fevola is pictured with his wife Alex. Ms Gobbo claimed she had a sexual relationship with the former AFL star

Gobbo was registered as an informer three times, her longest stint between 2005-09 when she helped police bring down a number of her former clients, including Tony Mokbel and Carl Williams.

Jailed underworld figure Mokbel is one of nearly a dozen people currently appealing convictions they claim were tainted by Ms Gobbo’s informing.

He spent 15 months on the run after fleeing his 2006 drug trial, in which more than 15 million pills hidden in tomato cans from Italy.

Evidence suggests both federal and state prosecution agencies knew Ms Gobbo was working as an informer during the trafficking case. 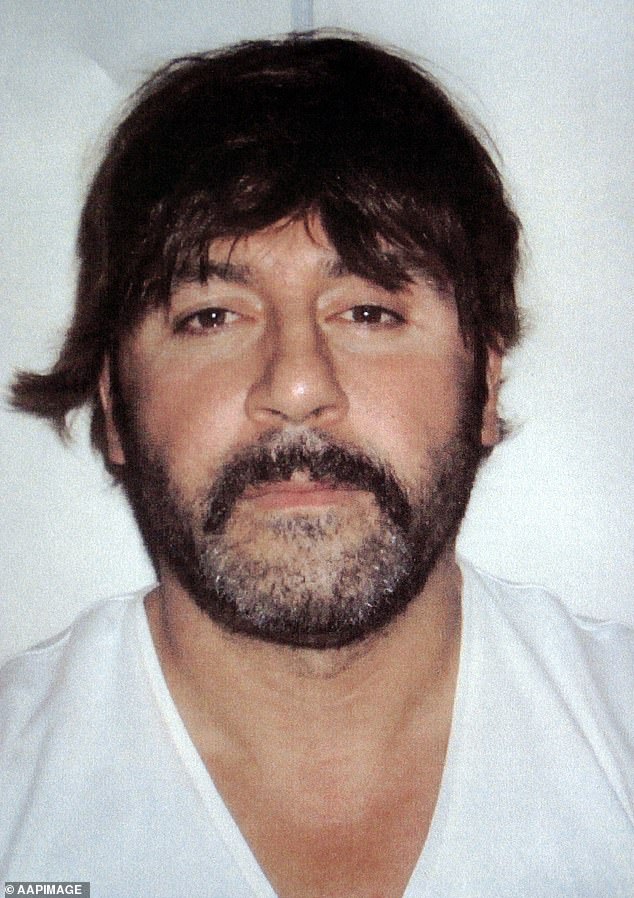 Tony Mokbel (pictured) spent 15 months on the run after fleeing his 2006 drug trial, in which more than 15 million pills hidden in tomato cans from Italy

Zlate Cvetanovski was freed on bail while he awaits his appeal, after spending almost a decade in jail, while Faruk Orman had his murder conviction quashed by Victoria’s Court of Appeal last year.

Victoria Police sensationally apologised for the gangland barrister’s involvement as a police informant, and said steps had been taken to ensure it could ‘never happen again’.

‘It was an indefensible interference in the lawyer/client relationship, a relationship that is essential to the proper functioning of the criminal justice system and to the rule of law,’ a police spokeswoman said.

‘Our failure at that time to ensure that these circumstances were identified and disclosed was also a significant and missed opportunity to right a wrong.’

‘We have taken steps to make sure that what happened with Ms Gobbo can never happen again.’ 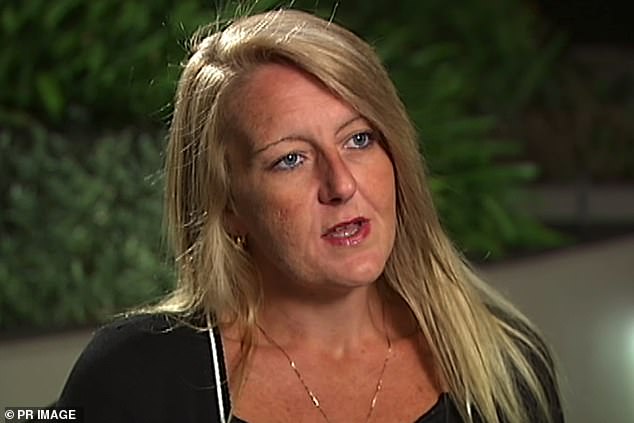 Ms Gobbo was registered as an informer three times, her longest stint between 2005-09 when she helped police bring down a number of her former clients, including Mokbel and killer Carl Williams