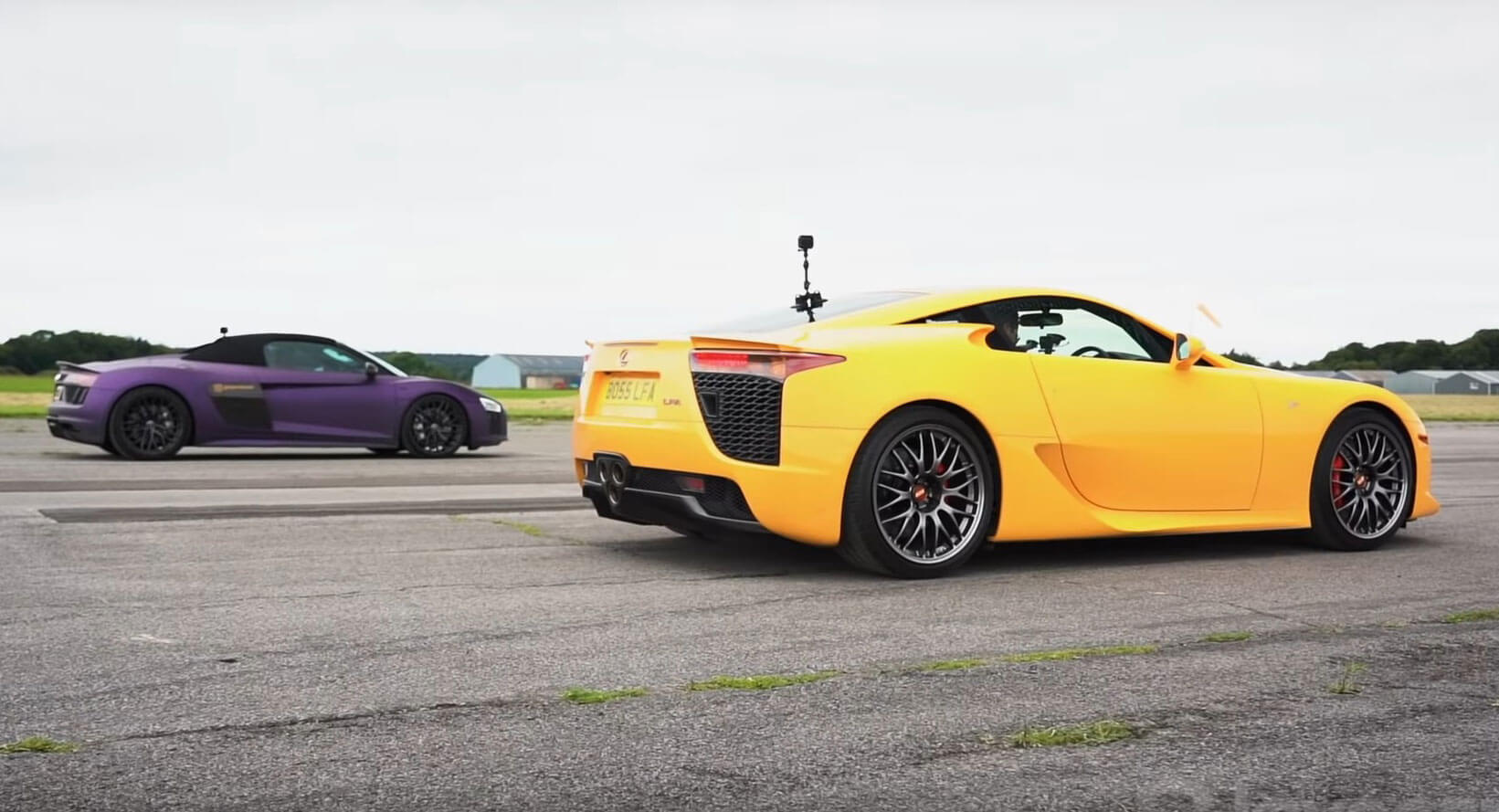 The Lexus LFA is regarded as one of the best supercars ever made, yet ever since it left production at the end of 2012 after only two years and 500 units made, the automotive industry has stepped up its game with significant advancements in aerodynamics and powertrain development.

So, can it still hold its ground in a direct battle with more modern machines like the Audi R8? That is what we are about to find out in the next few minutes, as the Japanese exotic faced the Spyder version of the German supercar in a quarter-mile sprint.

However, despite being less powerful, the Lexus is around 640 lbs (290 kg) lighter than the R8, which tips the scales at 3,900 lbs (1,770 kg). This levels the playing field somewhat and, thus, makes the outcome of this drag race far from a foregone conclusion.