Renowned 60 Minutes journalist Liz Hayes has broken down in tears while revealing her father died after an epic healthcare blunder.

Hayes’ father Brian Ryan, 88, died on September 11 last year as a result of a ‘catastrophic’ stroke after he wasn’t given his prescribed medication for eight days.

‘I couldn’t pretend that this was somebody else’s story,’ Hayes said on the Channel Nine program on Sunday night.

‘He said he was always fearful something like that would happen. I instinctively knew that what I was witnessing was wrong.’

Mr Ryan had developed pneumonia last August before being admitted to a local public hospital in his hometown of Manning River, on the NSW mid-north coast. 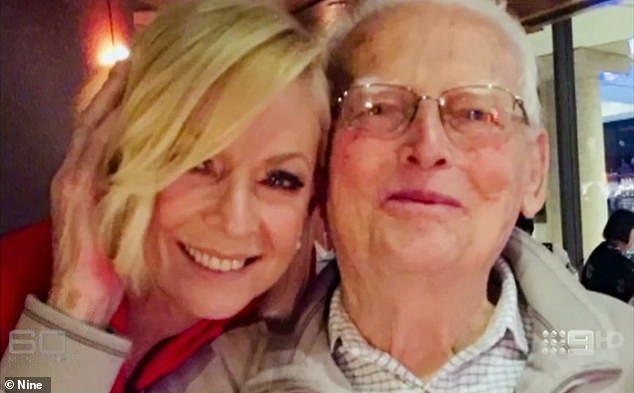 Liz Hayes’ father Brian Ryan, 88, died on September 11 last year as a result of a ‘catastrophic’ stroke after he wasn’t given his prescribed medication for eight days

He was then transferred to the nearby private hospital where he successfully recovered and fought off a chest infection.

‘In the country I think it is accepted that the medical services aren’t like the city. But it is also trusted that there would be great care, dignity and as many resources as could possibly be found in the country,’ she said.

Then in the early hours of September 7, just a few hours after Hayes said goodnight, her father suffered a stroke and was rushed to the public hospital.

‘At two in the morning, Dad was wheeled into an empty room in a ward on the top floor,’ she said.

‘Other than his family, no one came to see him or us. We were standing there thinking “something must happen now”, you don’t just park a patient and don’t tell somebody.

‘His notes were just plonked on the end of the bed and that’s when I saw the terrible truth.’

Hayes said it was then that she found out that her father – who had a heart condition – hadn’t been given his prescribed blood thinner tablets, Apixaban, for eight days. 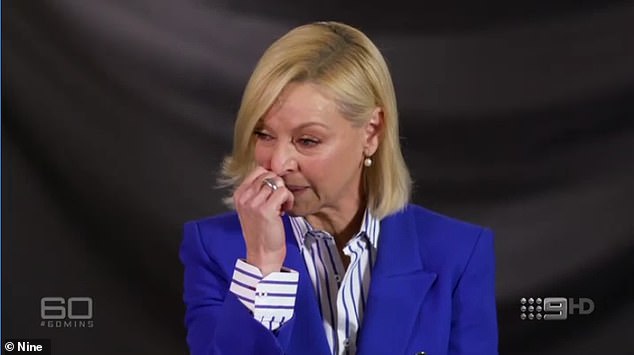 ‘Dad’s medical notes states that the doctor from the private hospital came to the emergency department to advise that he hadn’t been given the critical medication,’ she said.

‘If that hadn’t had happened to dad I feel confident he wouldn’t have suffered that stroke and he would still be here.

‘I can’t believe something that simple could go wrong,’ she said through tears.

‘Of all the medications not to give him, that was the most important medication for him to have.’

Hayes also shared an emotional video she had taken on her phone from her father’s hospital bedside as he passed away.

‘This is my dad. We were to take him home today, but we’re not, because of what’s been called “an error”,’ she told the camera.

‘Dad is now dying because of some terrible mistakes that were made with his medication.’

The private hospital investigated following Mr Ryan’s unexpected death, and admitted a doctor hadn’t properly written down the elderly man’s medication when he was admitted.

Hayes then started delving deeper into the hospital, and discovered the rural hospital usually had just one doctor on the ward.

‘Doctors were brought in often from outside of the area. And when the lights went out, so too did the doctor,’ she said.

‘On the night of dad’s stroke, the doctor on duty wasn’t actually in the hospital – but was on call.’ 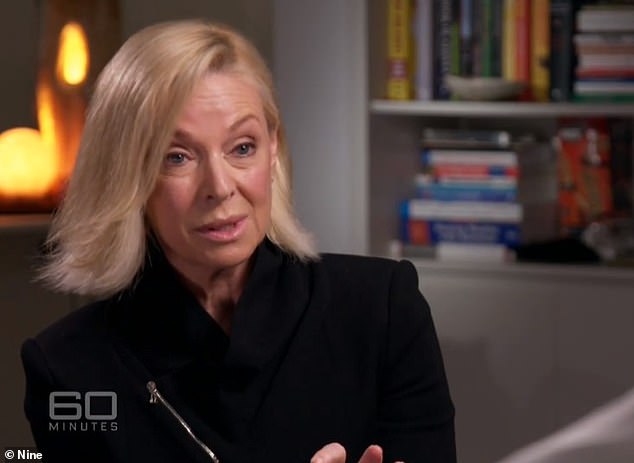 Hayes said a number of medical professionals contacted her about the state of the hospital, but said they all feared the consequences if they were identified

‘You’re trying to walk through this pool of grief but there’s a journalist always inside you going “this is just wrong”,’ she said.

Hayes said a number of medical professionals contacted her about the state of the hospital, but said they all feared the consequences if they were identified.

‘This is Australia in 2020. We should pride ourselves on having universal access to healthcare,’ Mr Park said.

‘At the moment, a postcode is determining the level of access to healthcare that you get, and that’s simply not right.

‘If some of these stories were coming out of a major Sydney hospital, there’d be a riot on the street and there would be action within the day.’