A former pupil at an elite grammar school has admitted downloading and distributing bomb-making manuals.

Harry Vaughan, 18, was arrested by police during a probe into a website named Fascist Forge, which calls itself a ‘home for the 21st century fascist’.

Detectives found a memory stick in his bedroom with details of 128 other internet accounts, including one for System Resistance Network, which supports white supremacy and attacks immigration and gay rights.

Some of it was found on a USB stick carrying the logo of Tiffin School, the grammar Vaughan had attended in Kingston, south-west London. 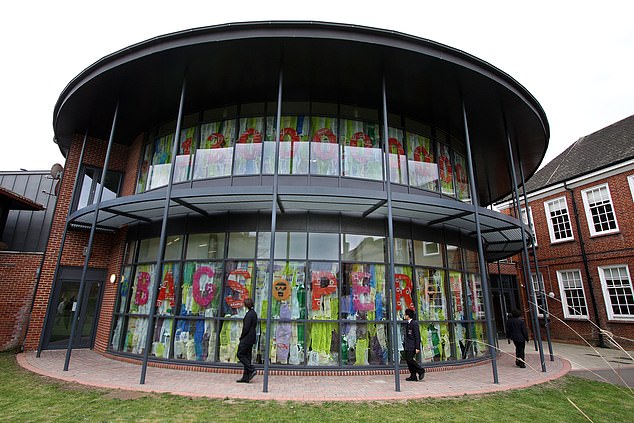 Harry Vaughan, 18, was arrested by police during a probe into a website named Fascist Forge, which calls itself a ‘home for the 21st century fascist’. When he was arrested last June he was studying for A-levels in maths and computer science and was said to be among Tiffin School in London’s (pictured) best performing pupils

When he was arrested last June he was studying for A-levels in maths and computer science and was said to be among Tiffin’s best performing pupils.

The school, which counts former England cricket captain Alec Stewart among former pupils, accepts just 140 students a year from 1,300 applicants. It boasts that 85 per cent of its A-level grades are between A* and B.

Police discovered that in January last year, when Vaughan was just 16, he had published three images and a message on Fascist Forge that were intended to encourage terrorism.

He also published two links on the website to a publication called Wrong Hand: popular weapons manuals and their historic challenges to a democratic society.

Police discovered a wealth of terrorist material on his computers, including a manual with chapters on murder, rape, kidnap, arson and bombing.

He also had documents showing how to make ‘new and improved’ C-4 and Semtex plastic explosives and how to construct a homemade detonator.

Further searches of his electronic devices revealed he had downloaded two indecent photographs of children between April 13 and June 14, 2019. 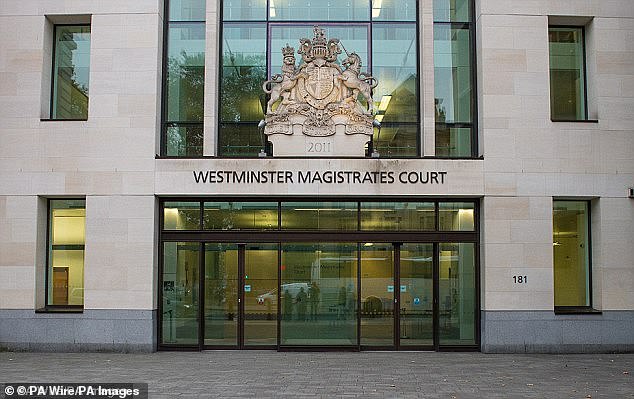 Vaughan, who lives in Twickenham with his parents and two younger sisters, was charged on March 11 this year.

Addressing the teenager’s parents at the back of the court, chief magistrate Emma Arbuthnot said: ‘It is a nightmare situation for parents but it is important that you are here to support him.’ Vaughan will appear at the Old Bailey for sentencing on October 2.

His bail conditions state he is not permitted to delete the internet history on any digital device or to create a social media profile under any name other than his own.

He has to share his browsing history and passwords with police and may not share extreme Right-wing ideology.

And he is not allowed to possess or use any digital device capable of accessing the internet save for a nominated digital device and his family’s smart TV.