She has been parading her bikini-body on Instagram as she travels around Europe.

And Montana Brown sent pulses racing on Tuesday as she slipped into a pale blue patterned bikini.

The Love Island star, 24, showed off her incredibly-toned figure as she went on a hike in Italy, after flying over from Greece. 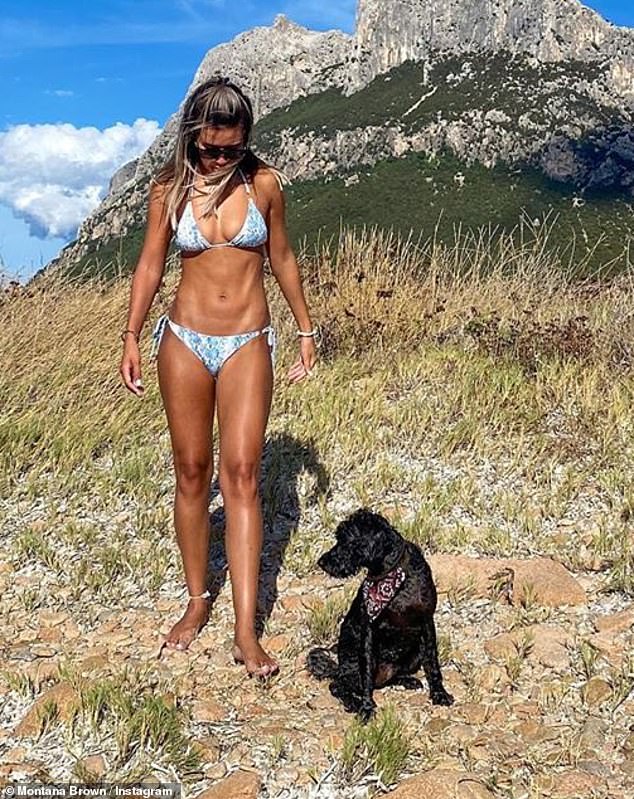 Wow factor: Montana Brown sent pulses racing on Tuesday as she slipped into a pale blue patterned bikini for an Instagram snap while in Italy

The halterneck one-piece teased a glimpse of Montana’s cleavage while drawing attention to her washboard abs.

The television personality shielded her eyes from the sun with black oversized shades and wore her hair in a half-up half-down do.

Joined a cute dog, Montana cheekily captioned the snap: ‘It’s been a tough start to the week to be fair…. exploring Italy’. 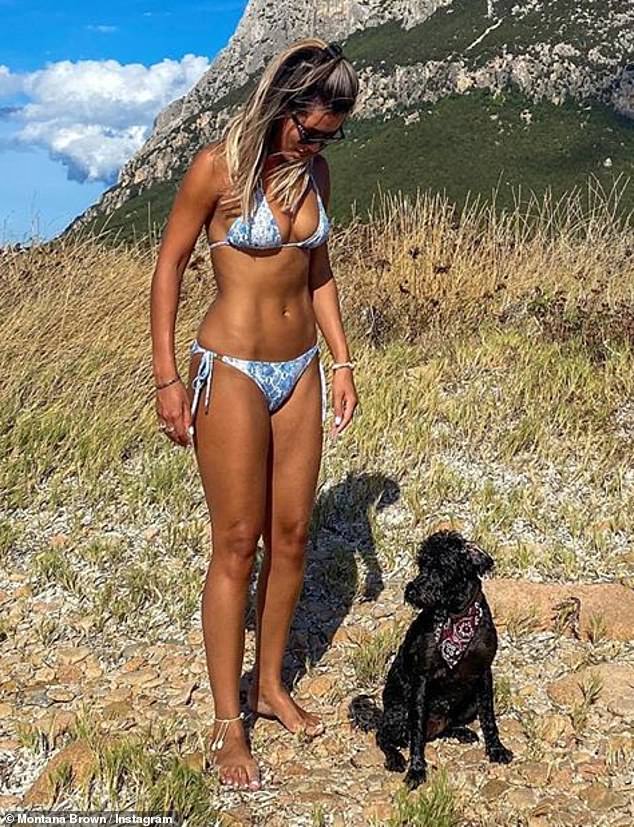 Toned: The Love Island star, 24, showed off her incredibly toned figure in the halterneck two-piece as she went on a hike with a cute dog

As well as jet-setting across Europe, Montana was recently feeling reflective as she took to her YouTube channel to post a candid video about her love life.

Reflecting on her split from model Elliott Reeder earlier this year, Montana insisted she is the happiest she has ever been after a ‘life-changing’ few months.

The star also revealed she is single but has been dating many suitors since their break-up, after she was linked to Waltham Abbey FC footballer Charlie Edwards. 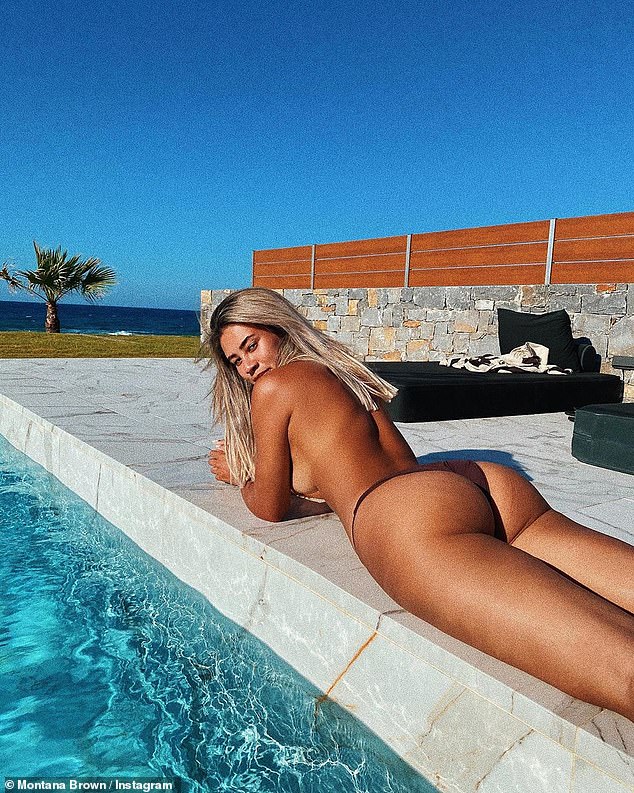 Cheeky! Last week, the beauty sent temperatures soaring on in a sizzling snap from her birthday getaway to Greece where she posed topless in black thong bikini bottoms

Montana said: ‘I am officially single, but actually loving it. Also the show must go on, I’m feeling pretty fresh, I mean I wasn’t feeling fresh when it first happened, don’t get me wrong, I was pretty down in the dumps. 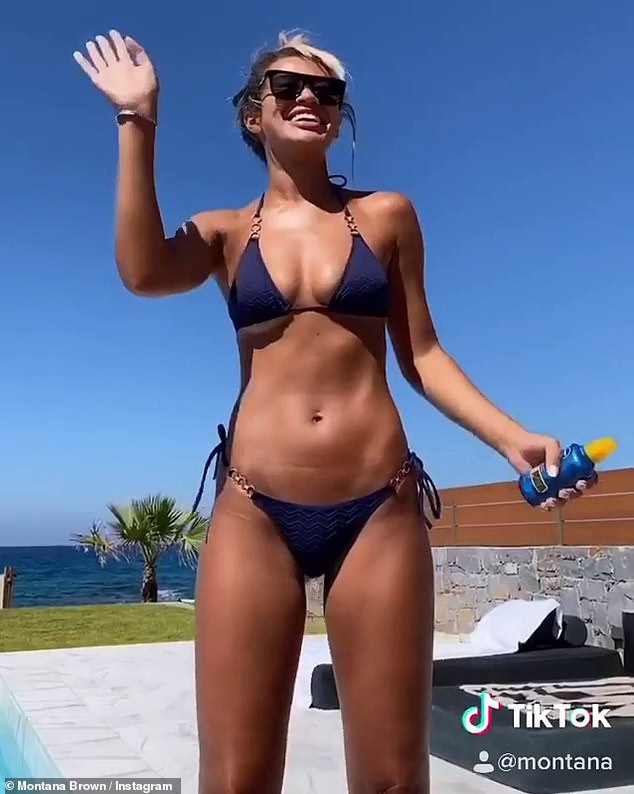 Wow: It comes after the reality star jokingly pretended to accept an award in an Instagram video earlier this week as she mimed thanking an audience while an applause track played

The two are said to have met on invite-only dating app Elite and went on a socially-distanced date in the park where they enjoyed a scenic walk.

A source told MailOnline: ‘I know Charlie’s been talking to her for a few weeks – and they went on a date recently.

He picked her up and they went for a walk in a park, which I think was near her, and played a bit of tennis.

‘I think they got on well. She’s very funny, I know that.’

MailOnline contacted both Montana and Charlie’s representatives for comment at the time. 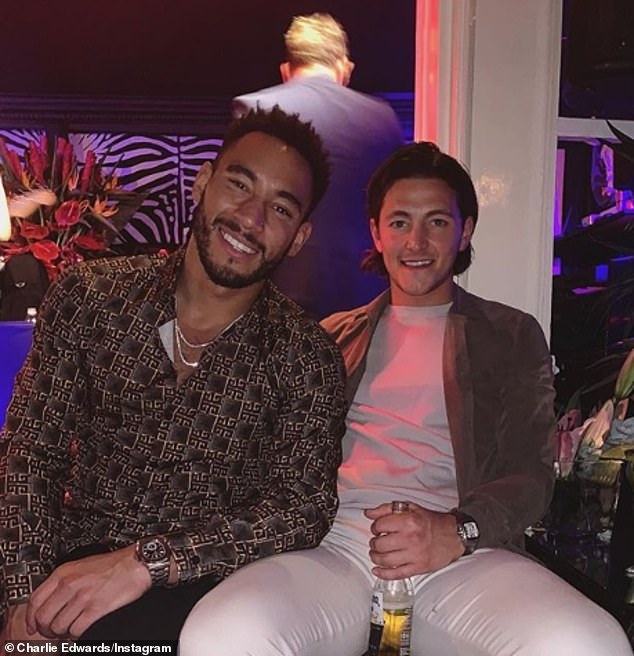