Labor Day has a certain sadness to it this year for those still feeling the sting of the tragic loss of Mac Miller … who died 2 years ago today.

Miller’s receiving an outpouring of love as friends, fans and peers in the music biz remember the late rapper with tributes on social media, including Mustard, Wale, Juicy J, Souly Had and many more. 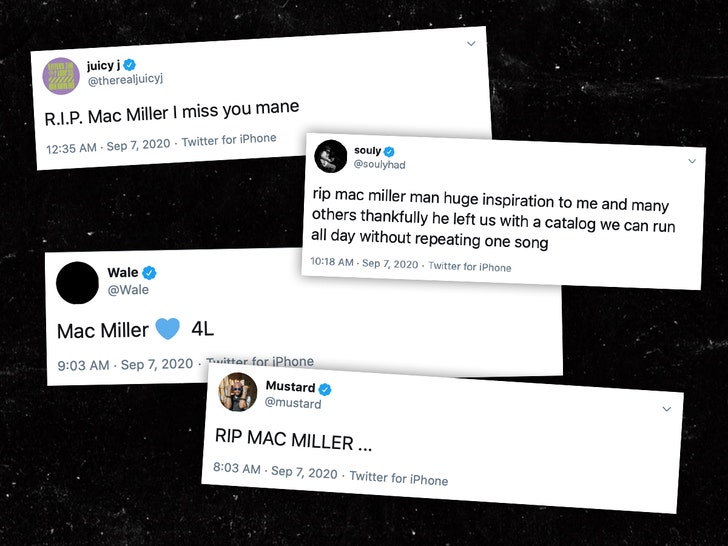 Mac died at just 26 on September 7, 2018 at his home in Studio City, CA. The rising hip hop star’s death was ruled an accidental overdose due to mixed drug toxicity.

The news of Miller’s passing hit hard for his fans and loved ones, including his ex-girlfriend, Ariana Grande … whose relationship with the rapper was highly publicized.

The months following Mac’s death were loaded with tributes from celebs in the entertainment industry and culminated with his ‘Celebration of Life’ concert in October 2018.

He’d also go on to be nominated for Grammy posthumously for his “Swimming” album, and later release “Circles” in 2020.

As Souly Had said — Mac left the world with a catalog full of inspiration … and people all over the world are feeling it today. RIP.