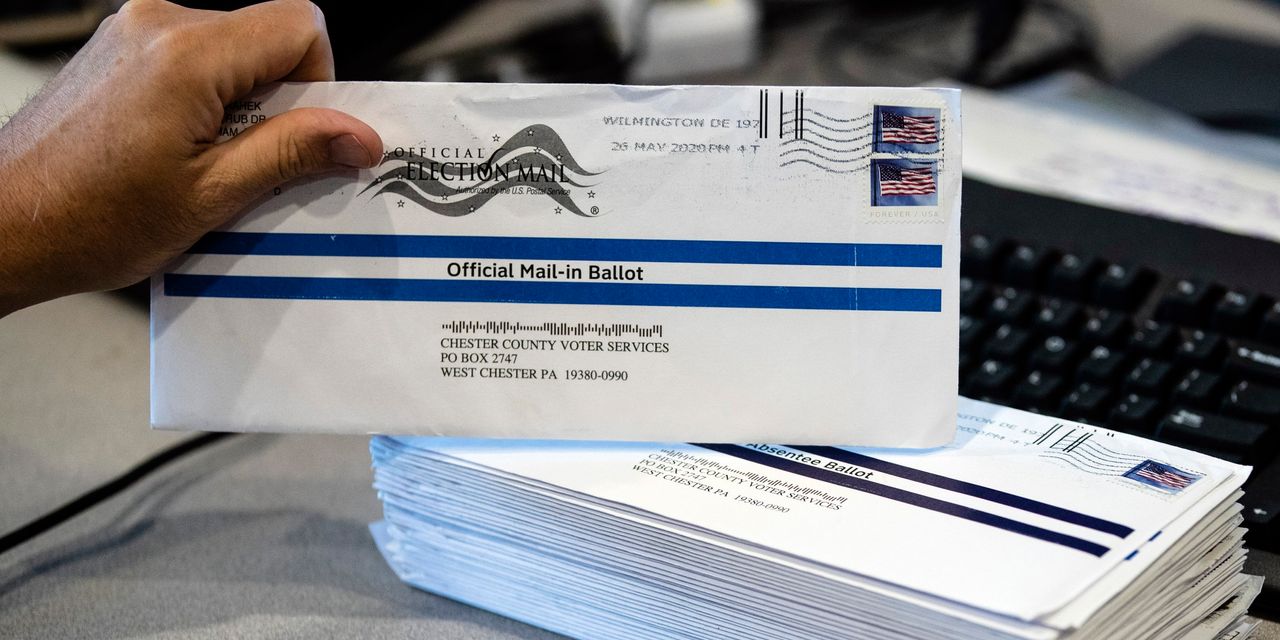 Pennsylvania has already suffered one interminable mail-vote delay in 2020, and a repeat in November could draw the entire country into a legal brawl, while putting the result of the presidential election into serious doubt. How about heading off this too-predictable debacle before it happens?

A week after the June 2 primary, about half the counties in the Keystone State were still tallying ballots. On June 11, Philadelphia alone had 42,255 votes uncounted. President Trump won Pennsylvania in 2016 by 44,292.

If Mr. Trump and Joe Biden run neck and neck in November, how long might Pennsylvania keep the Electoral College hanging? In the campaign’s closing weeks, arriving mail votes will pile up in local offices, but state law says they can’t be processed until 7 a.m. on Election Day. This wasn’t enough preparation to give timely results when 1.5 million residents voted absentee in June, and it won’t be in November.

Tight deadlines are another problem. Pennsylvanians can request a mail ballot as late as 5 p.m. on Oct. 27. For votes to count, they must arrive at local election offices by 8 p.m. on Nov. 3. That leaves seven days, including a Sunday, for applications to be handled, blank ballots delivered, and votes dropped off or return mailed. The U.S. Postal Service says such a turnaround is unrealistic and creates a high risk of tardiness. America’s first postmaster general, Ben Franklin, would be unhappy to see his Pennsylvania setting up the USPS for failure.

In some states, straggling ballots are valid if they’re postmarked by Election Day. Pennsylvania law has no similar provision, but Democrats are asking the state Supreme Court to conjure one. Gov. Tom Wolf, a Democrat, wants to count votes arriving by Nov. 6. Pennsylvania also lacks a way for voters to fix ballots that are rejected for suspect signatures. This is a recipe for extended legal mischief and for judges to determine which votes are counted. With the state Supreme Court controlled by Democrats, that could be what Mr. Wolf has in mind.