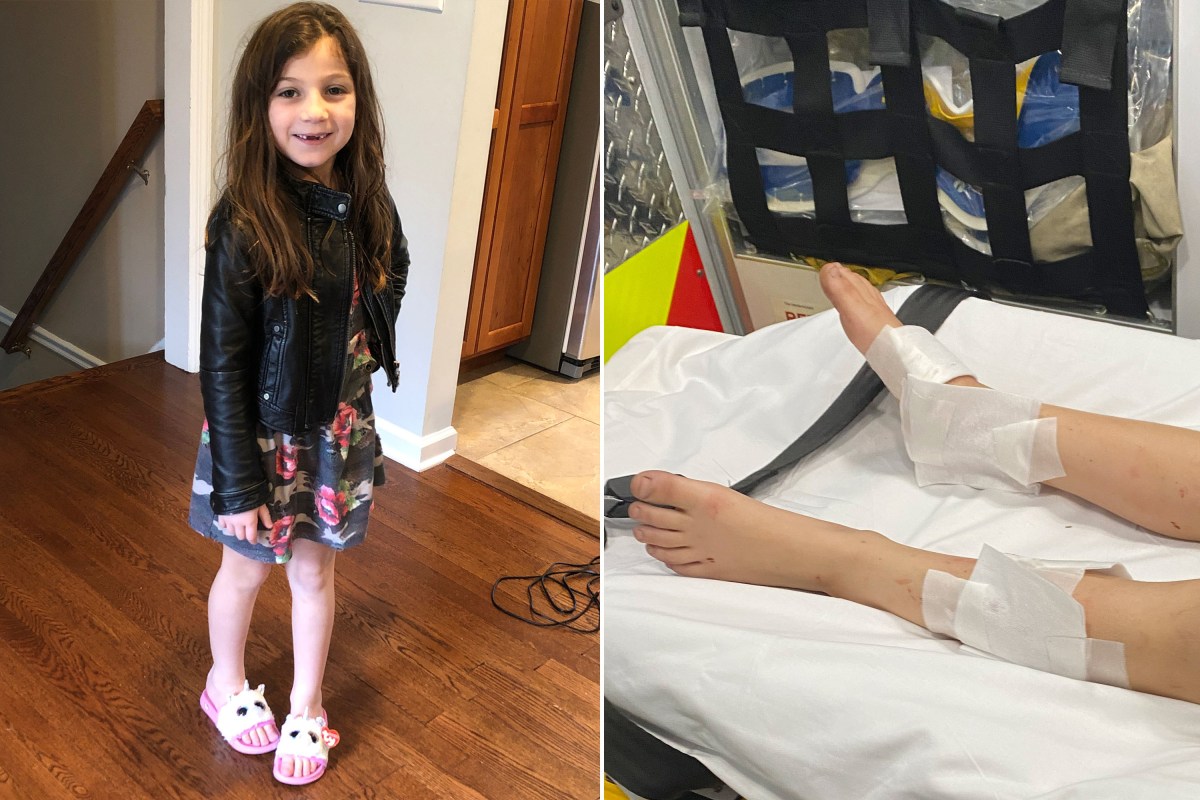 Foxes might be sly, but one in New Jersey has the attention span of a fruit fly.

A young man simply threw his basketball at a fox that was attacking an 8-year-old girl — and the shocked critter bolted.

The girl, Dylan Dratch, was playing in a brook in a friend’s backyard in Livingston, about 20 miles outside Manhattan, when the fox walked up and started biting her feet.

Her screams caught the attention of 20-year-old Matthew Nichter, who was outside playing a pick-up game with another neighbor’s three little boys. He made a fast break for the girl.

“I ran back there, still holding the basketball I was playing with,” Nichter told NBC News of the Wednesday evening fox encounter. “I threw the basketball as a form of distraction and chased it away.

“I then went back across the brook and picked up Dylan. She was scared, crying and her feet were really bloody.”

Dylan had 19 bites on her hands and legs, said her mom, Stacey Dratch. Doctors at a hospital treated Dylan and gave her a rabies shot, the first in a series, and an epinephrine shot because she’s allergic to dogs, which are the distant cousins of foxes.

Dratch believes Nichter is a hero, though he begs to differ.

“It’s really sweet and I appreciate that they feel that way,” he told NBC. “I’m just glad I was able to help and was in the right place at the right time.”