A manhunt has been launched for a gunman who shot an 11-year-old girl in the face in suburban Pennsylvania.

Police do not believe the child was the intended target nor do they think it was a random attack.

The girl opened the door after hearing a knock at the home on Fairland Avenue, Bethlehem, a short time before midnight on Wednesday.

She is expected to make a full recovery but was still undergoing surgery on Thursday night for severe facial trauma. 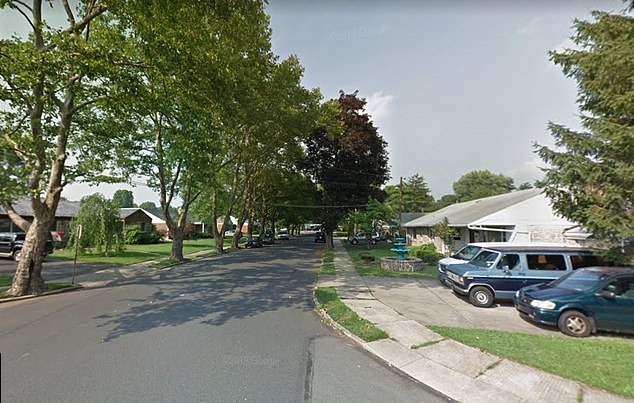 The girl opened the door after hearing a knock at the home on Fairland Avenue, Bethlehem, (pictured) a short time before midnight on Wednesday

Marcie Lightwood told The Morning Call her husband called 911 at 11.35pm after hearing a burst of five gunshots.

She said that by the time they went outside to investigate the block was filled with police cars.

Lightwood later went to drop flowers at the home, describing the victims of the attack as ‘very nice people.’

‘I don’t know how you can live with yourself,’ she added. ‘Disfiguring a young girl and terrorizing a neighborhood. Please turn yourself in.’

Another neighbour said that they overheard an argument the night before and were surprised that the attacker had even knocked.

Police believe the shooter may have been wearing a face mask and are urging anyone with information to contact them.

They’ve asked the residents of Bethlehem to remain ‘extra vigilant’ and to report ‘any suspicious sightings.’